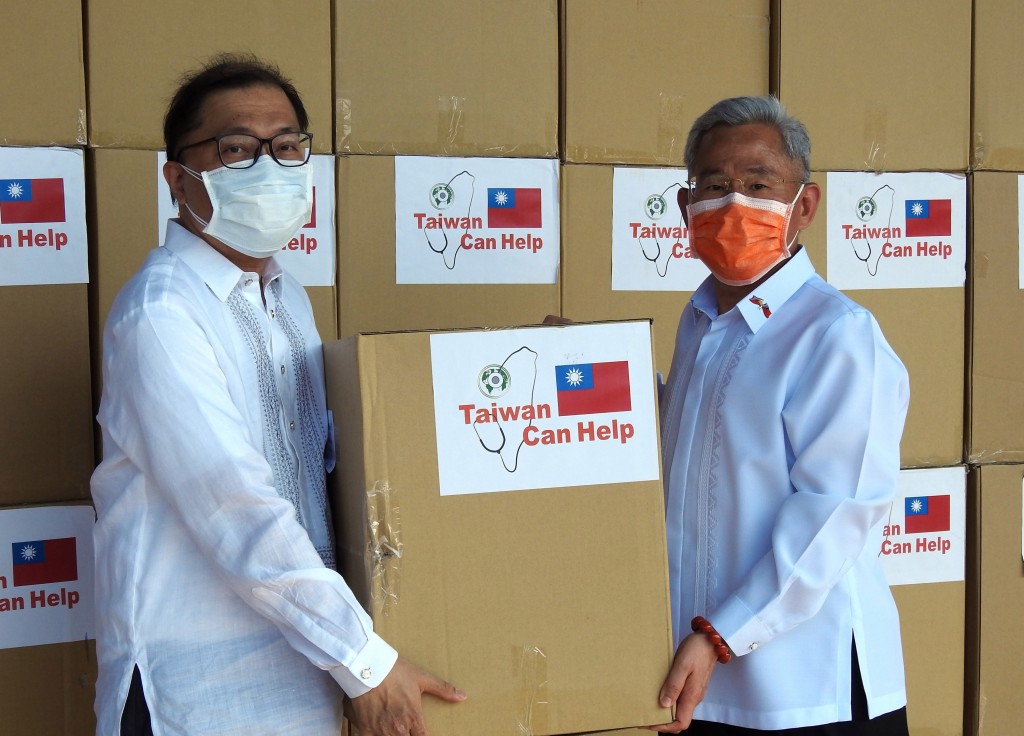 TAIPEI (Taiwan News) — A donation of 300,000 medical masks from Taiwan arrived in Manila on Wednesday (April 15) to aid the Philippines in its battle against the Wuhan coronavirus (COVID-19).

On Monday evening (April 13), the Taipei Economic and Cultural Office in the Philippines (TECO Philippines) announced that as part of its second wave of 6 million medical-grade masks to be donated to European nations, the U.S., Latin America and Caribbean countries, New Southbound Policy countries, and others, Taiwan would send 300,000 masks to the Philippines on Wednesday.

After the EVA Air jet carrying the masks landed at Ninoy Aquino International Airport in Manila on Wednesday morning, TECO Representative Michael Hsu (徐佩勇) formally presented the masks to Gilberto Lauengco, vice chairman of the Manila Economic and Cultural Office (MECO), at a ceremony that afternoon. During the ceremony, Hsu said that Taiwan's donation of medical masks not only symbolizes the country's solidarity with people worldwide in their fight against COVID-19 but also represents Taiwan's humanitarian concern and love for the people of the Philippines, reported CNA. Hsu said that he would like to thank Lauengco and Carolina Vidal Taiño, undersecretary for Procurement and Supply Chain of the Department of Health (DOH), for witnessing the friendly relations between Taiwan and the Philippines and expressed his sincere hope that the epidemic would be brought under control in a short period of time. As early as March 11, face mask supplies in the Philippines had already reached a "grave" level at some private hospitals, with Taiño stating at the time that the government only had enough N95 masks to last a month, reported Rappler.

Lauengco told CNA that he was very happy and grateful for this blessing from the people of Taiwan. He said that the Philippines and other Southeast Asian countries are desperately in need of personal protective equipment (PPE) and supplies, noting that although Taiwan is also experiencing difficulties, it still did not hesitate to help its neighbor: "We will always remember this and we thank you very much from the bottom of our hearts," he said.

Lauengco said that based on his understanding, Filipino workers in Taiwan are being well cared for during the outbreak and are able to purchase masks with their Taiwanese National Health Insurance (NHI) cards. He noted that Taiwan is one of the few countries in the world that has not been hit very hard by the pandemic and, unlike other nations, has not forcibly repatriated Filipinos working there.

"We are very glad to see the situation with overseas Filipino workers in Taiwan," said Lauengco. In addition, MECO issued a formal statement thanking Taiwan for the donation: "MECO, on behalf of the Philippine government, thanks the Taiwan government for its kind gesture of helping with its efforts against the pandemic and the donation will be a welcome reinforcement for hospital frontliners."