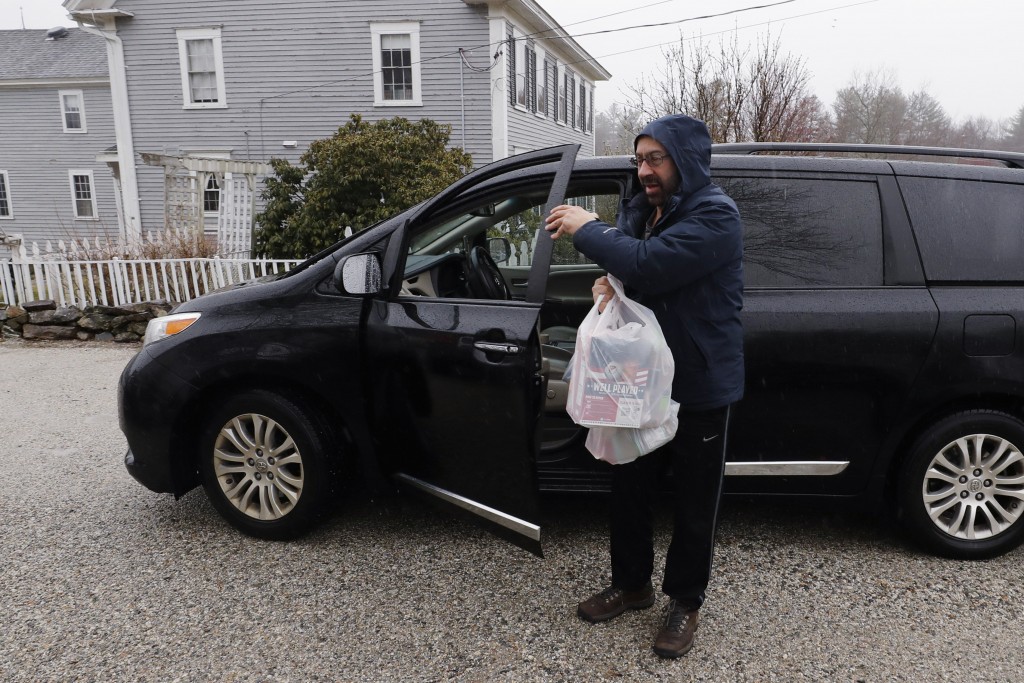 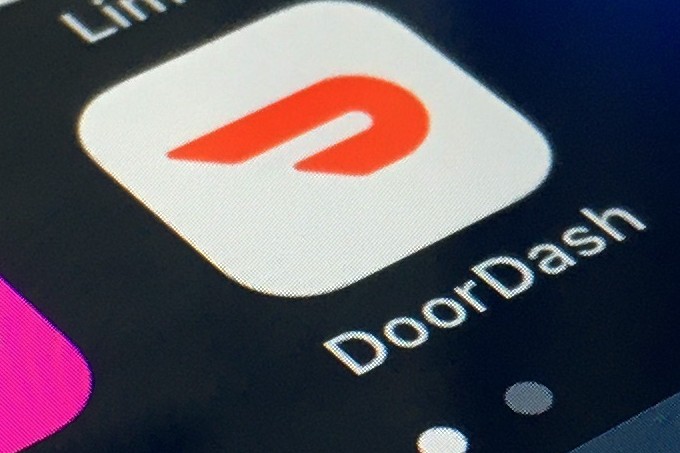 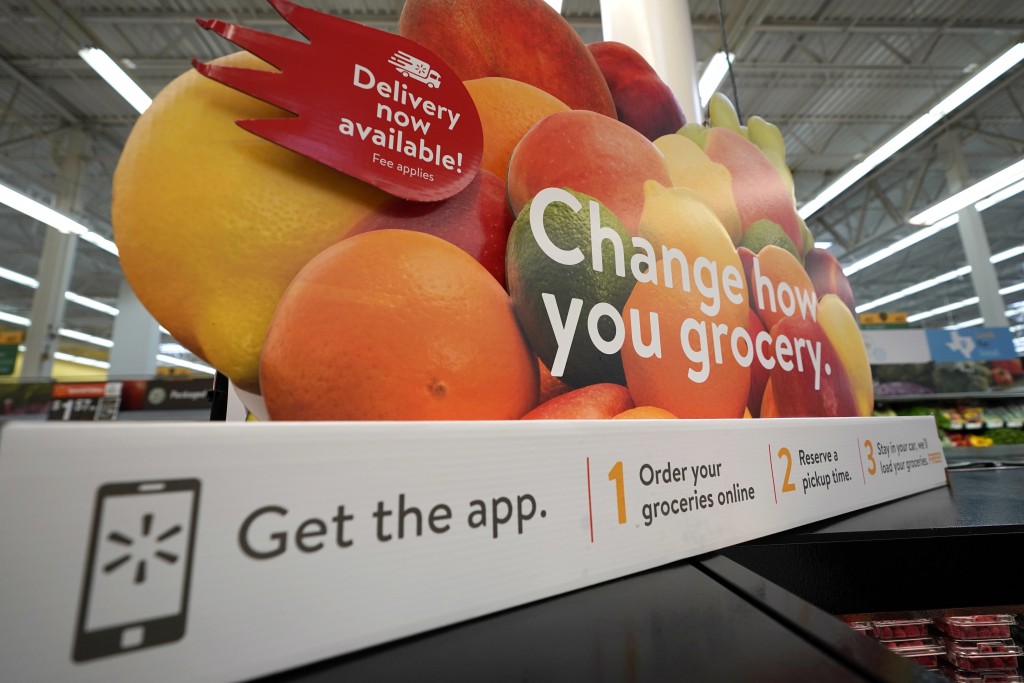 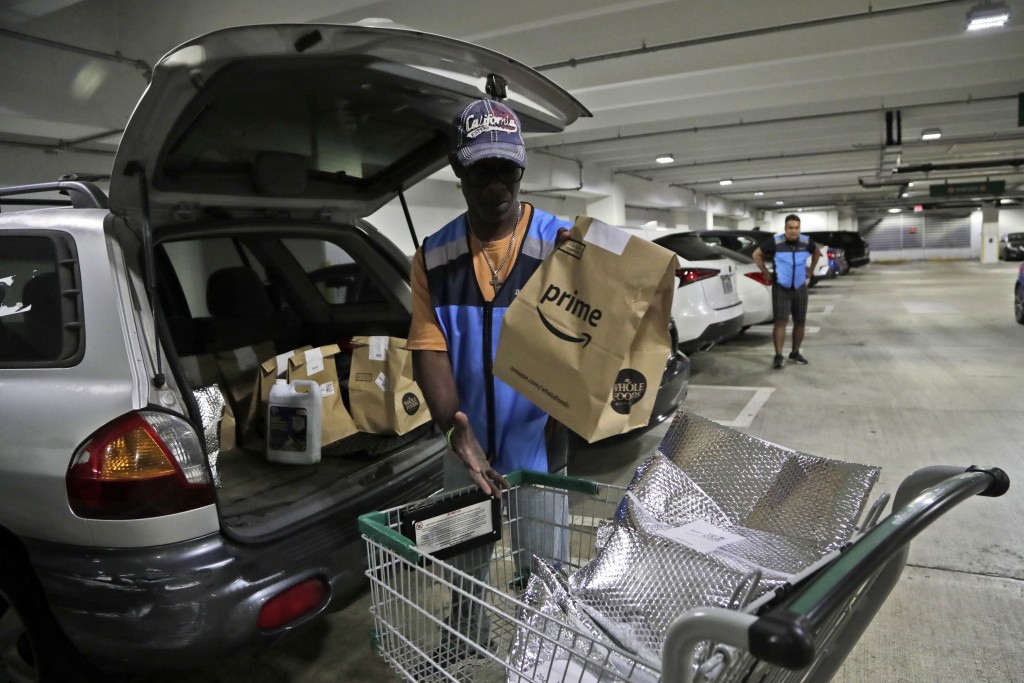 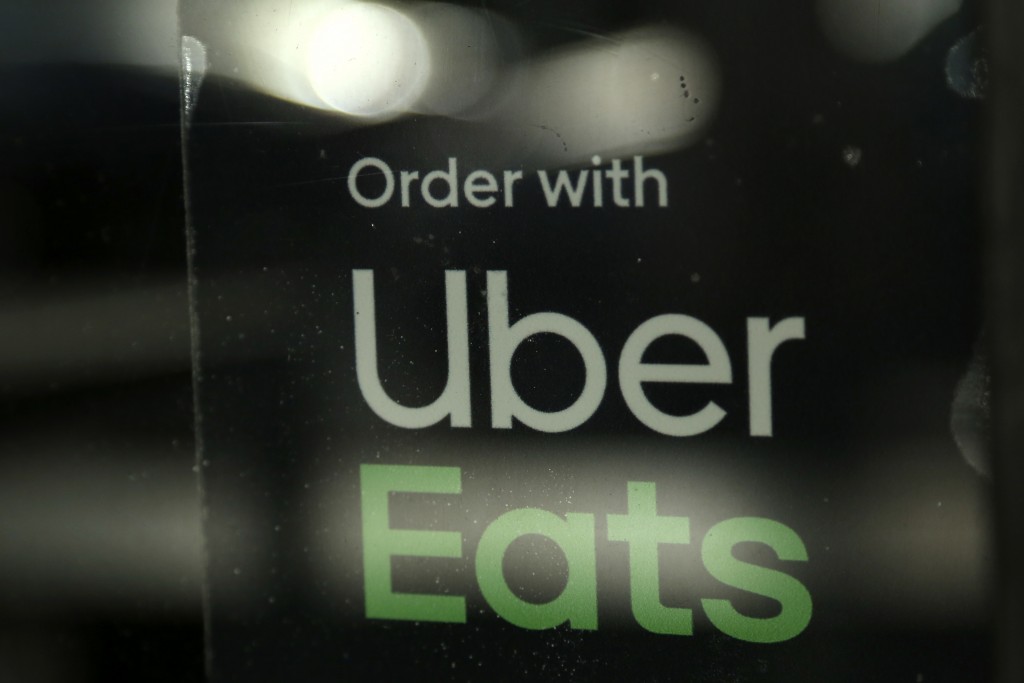 NEW YORK (AP) — A leap in U.S. unemployment has thrown a spotlight on one type of work in high demand during the coronavirus pandemic: Gig work delivering groceries, meals and packages.

Some app-based delivery companies have announced hiring sprees to cope with a surge in online shopping. That comes as 16.8 million Americans have filed for unemployment aid in just the past three weeks.

Many gig jobs in delivery are relatively easy to get, often requiring little more than the ability to carry heavy loads, access to a bike or car and passing a background check. But they also come with the risk of exposure to the coronavirus, which has killed more than 22,000 in the U.S. Most such jobs come with little to no access to benefits like health insurance and paid sick leave.

Here are some things to know about applying for gig jobs during the pandemic.

WHO IS HIRING DELIVERY WORKERS?

Restaurant delivery apps not hiring as quickly, with many of their small business partners struggling under shutdown orders. DoorDash, however, has launched a “priority access program” to help laid off restaurant employees sign up for delivery work. Uber has an internal app that helps its ride-hailing drivers find work for Uber Eats and other jobs. Lyft is partnering with government agencies, nonprofits and health organizations to help its out-of-work drivers find jobs delivering essentials to people in need.

IS GIG WORK PAYING MORE DURING A PANDEMIC?

Some delivery work has become more lucrative because of a rise in orders and bigger tips. Instacart and Shipt say tips have risen 30% on average in recent weeks. DoorDash says courier earnings have increased by $5 per active hour compared to this time last year.

Most app-based companies, however, are not directly boosting pay for their workers. Instacart and Shipt have offered bonuses that depend on the amount or type of orders completed, but workers who have staged walkouts are demanding hazard pay of $5 per order.

Payment systems are also subject to change, often without warning for workers.

Some Shipt workers don't like a new pay structure being tested in some markets that takes into account the time and distance it takes to complete an order and other factors. Willis Solis, a worker who helped stage a walk-out last week, said the original system is more transparent, with a $5 minimum per order plus 7.5% of the order amount. Solis said the new system often results is lower pay for larger orders, but Shipt says it allows shoppers to maximize earnings. Both systems allow workers to keep 100% of tips.

HAVE THE JOBS BECOME MORE DIFFICULT DURING THE PANDEMIC?

Yes, especially for gig shoppers. Workers must stand in long lines to enter many stores because of distancing rules. Panic shopping and higher demand has sometimes cleared shelves of essentials, making it almost impossible for shoppers to meet efficiency goals for speed and order accuracy.

Some companies have temporarily eased their performance standards for workers. Shipt and Instacart are forgiving late deliveries and waving reviews lower than five stars.

Julie Sweder, who has worked part-time for Shipt for more than three years in Detroit, said she often has to find substitutes for a third of items on her orders, requiring more painstaking communications with clients, especially those using the service for the first time. But Sweder, who was made available by Shipt for an interview, said it is taking fewer jobs to reach her weekly earnings goal of at least $300 because the tips are larger and orders are bigger.

WHAT PROTECTIONS ARE GIG WORKERS GETTING FROM THE VIRUS?

Most delivery apps have introduced a “contactless delivery,” although the decision is generally up to the customer, not the worker. Instacart, Shipt and DoorDash have made “leave at door” the default setting.

Some companies are working to supply delivery workers with gloves, sanitizer and masks. But many workers have yet to receive protective equipment amid supply constraints. DoorDash charges a $5 shipment fee for workers who request supplies.

Most companies are temporarily offering 14 days of financial assistance for workers who are diagnosed with coronavirus or are placed in quarantine by health authorities. Instacart and Shipt workers who have staged walkouts want the policy expanded to include workers who are at high risk for contracting the virus or who exhibit symptoms, citing difficulties in getting tested.

DOES TAKING A GIG JOB DISQUALIFY YOU FROM APPLYING FOR UNEMPLOYMENT INSURANCE?

Gig work does not automatically disqualify you from applying for unemployment insurance, said Jeremy Glenn, a labor and employment lawyer with Cozen O’Connor. Gig work will likely reduce the amount of weekly benefits you receive from your state, but you will still be eligible for $600 in extra weekly federal unemployment benefits under the pandemic relief act, known as CARES, Glenn said.

Whether it makes sense to supplement unemployment benefits with gig work depends. People must decide for themselves whether the extra pay is worth the risk of exposure to the virus. They may need child care. Because gig workers don't get hourly wages, it could be difficult to calculate whether it makes sense financially to give up the full amount of weekly state benefits.