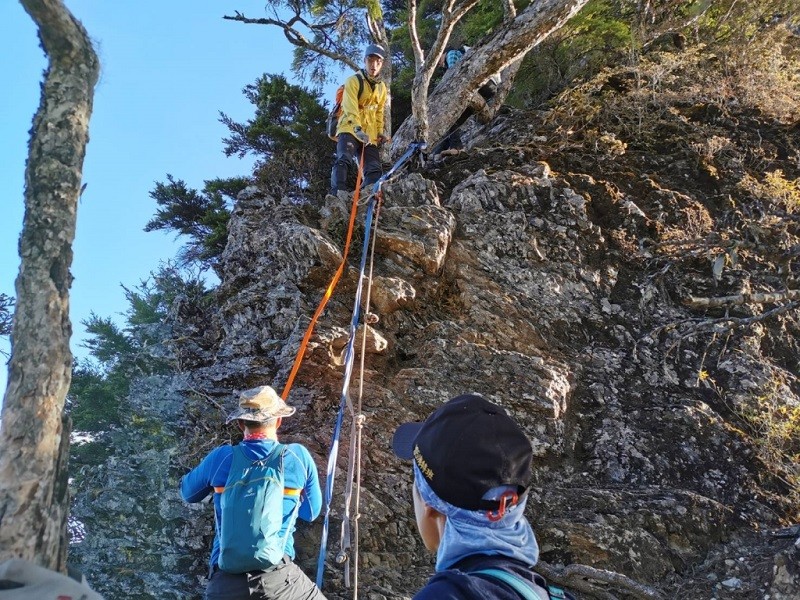 According to the city government’s statistics, from January 1, 2018, to April 9, 2020, rescuers responded to a total of 74 distress calls due to people being hurt or falling ill while hiking in the mountains, with these emergencies ultimately resulting in 77 injuries and six deaths, the fire bureau said in a news release on the Taichung Travel Net website.

The extreme diversity of Taiwan’s mountains make it imperative for mountaineers to assess their physical condition, plan thoroughly, and prepare enough equipment, including warm clothes, rain gear, water, food, maps, lights, whistles, medicine, GPS, and communication equipment such as radios, cell phones, and satellite phones before they head to the hills.

In addition, mountaineers should start their trips early to avoid reaching the summit too late in the day and having to descend in the dark, which makes it difficult for them to make out the trail and easy to lose their way, the bureau said.

“When accidents happen, please use a cell phone to call 119 or 112 for help, or use the radio frequencies 145.00 MHz or 431.00 MHz to call for help using a satellite phone or radio communication device,” the statement said. “Use a cell phone or map to get your current position and let rescuers know where you are stuck.”