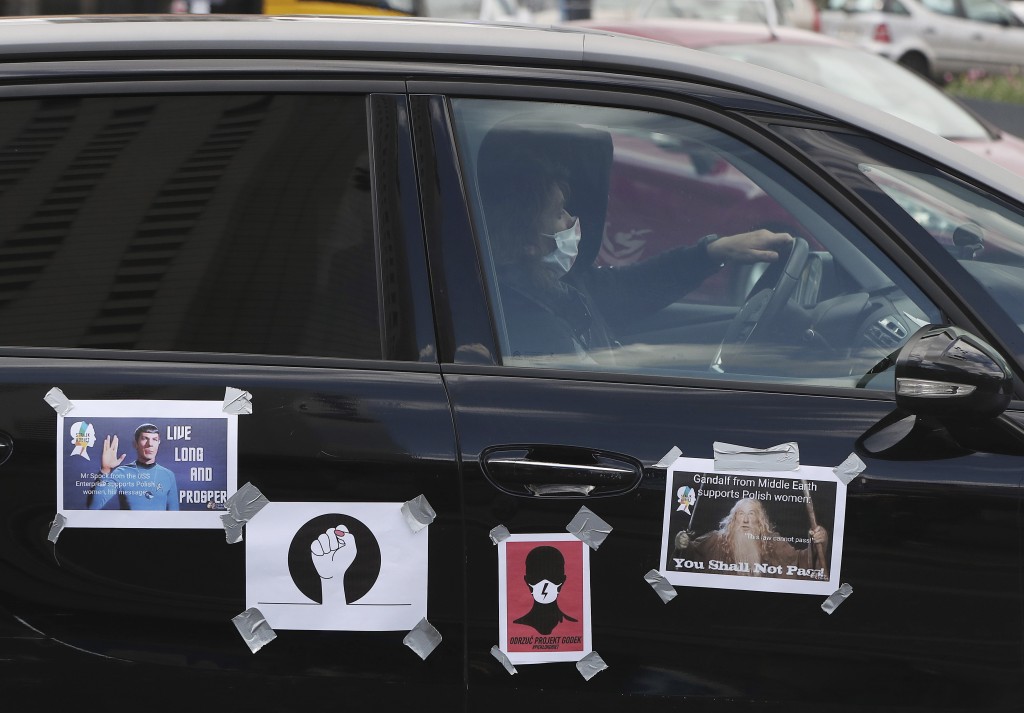 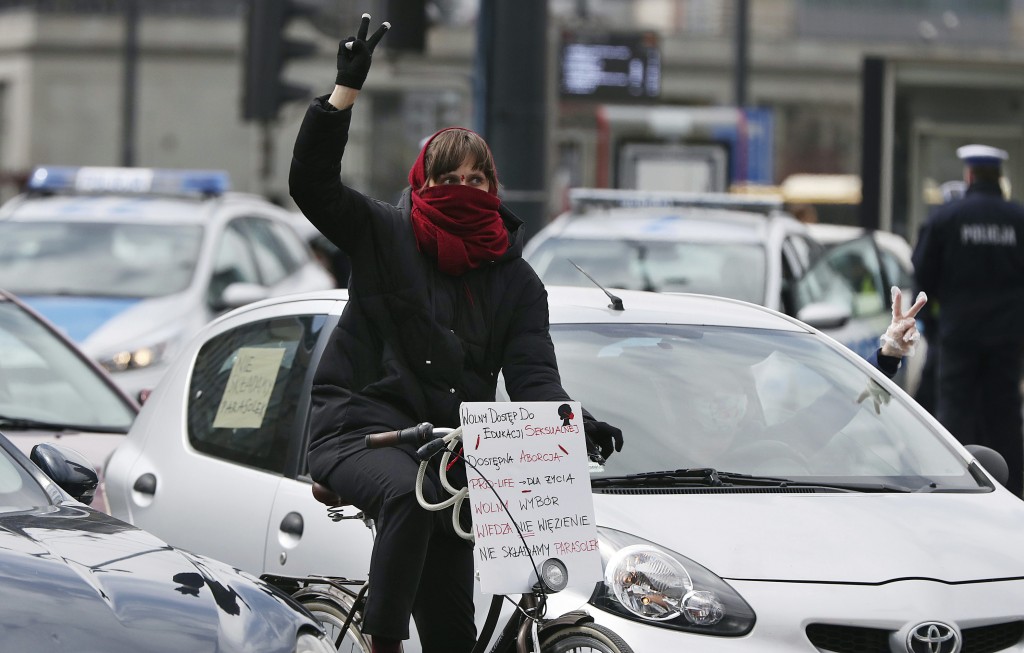 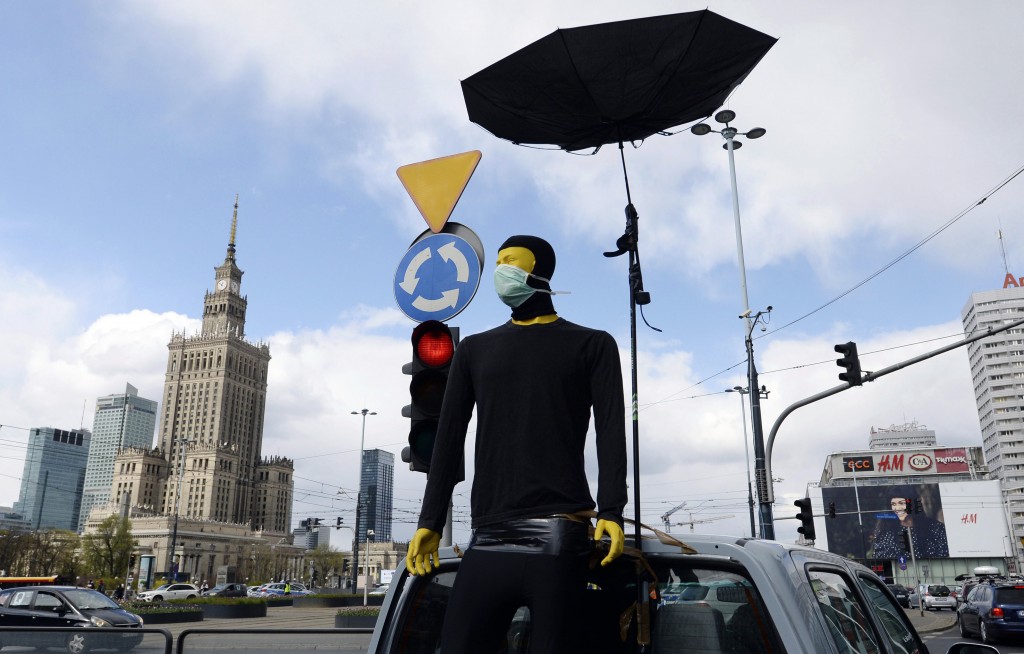 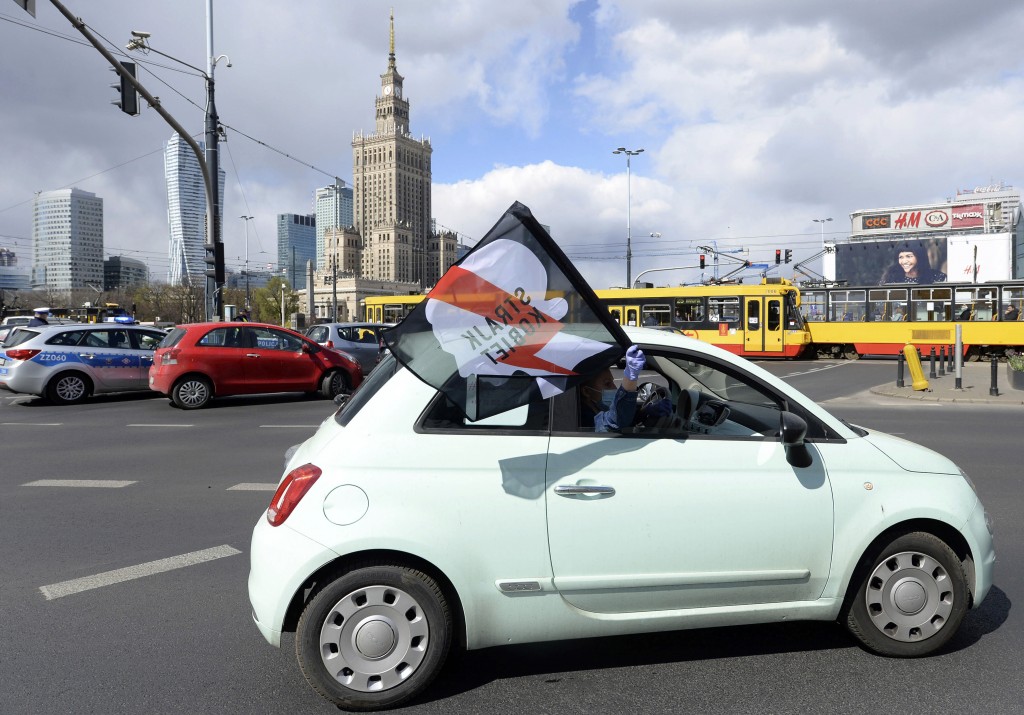 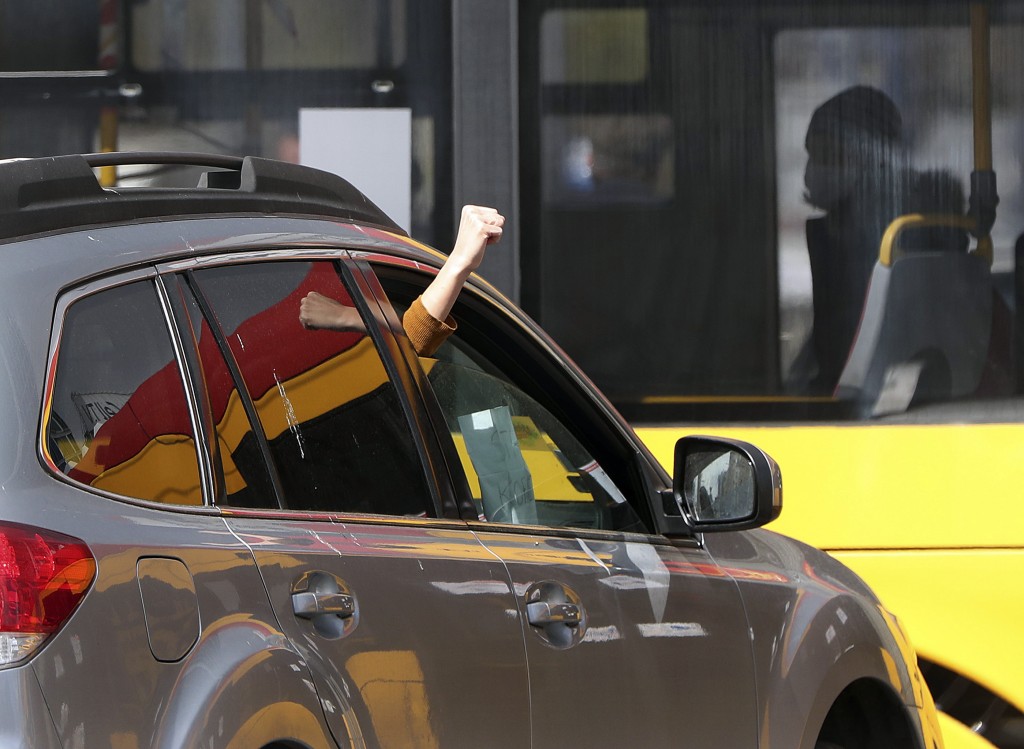 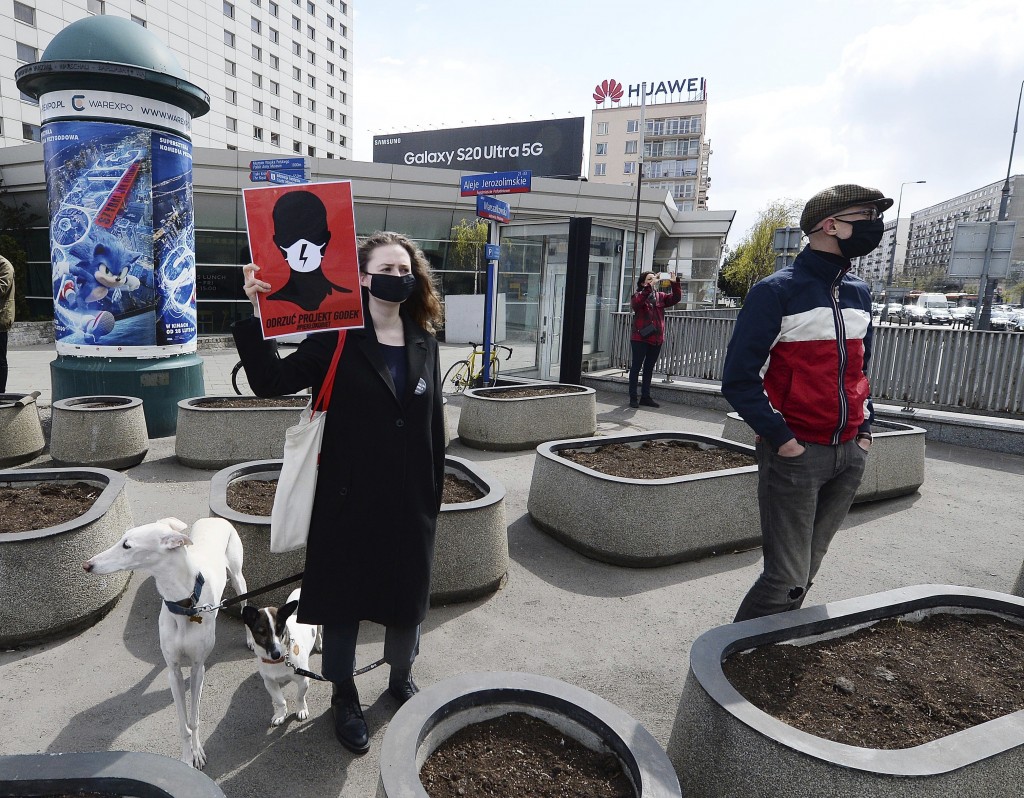 WARSAW, Poland (AP) — Polish lawmakers on Wednesday are debating draft laws backed by a conservative Catholic group that would impose a near-total ban on abortion, criminalize school sex education and equate homosexuality with pedophilia, revisiting proposals that were shelved after a popular outcry.

Domestic critics and international human rights organizations say Poland's conservative government is playing foul by bringing the deeply controversial proposals to parliament during the coronavirus pandemic. The mass demonstrations that thwarted earlier proposals are now illegal under a lockdown that limits gatherings to five people.

Poland already has some of Europe's strictest anti-abortion laws, and a society deeply divided between traditionalists loyal to the powerful Catholic Church and secular Poles who want current laws liberalized.

“I can’t believe we still have to keep protesting against this,” he said.

Scores of women protested the bills in Warsaw on Tuesday, observing social distancing by driving singly in cars or by riding bicycles.

Poland now allows abortion after rape or incest, if the woman’s life is threatened or if there is a fetal abnormality. The proposed law would remove the last provision — even for fetuses with no chance of survival — which is the most common reason for legal abortion in the nation of 38 million.

The other bill would criminalize sex education in schools. Its backers say that will fight pedophilia and discourage early promiscuity. Critics say it would create a legal tool to persecute gay people.

The director of Amnesty International in Poland, Draginja Nadazdin, called both bills “draconian.”

“Attempting to pass these recklessly retrogressive laws at any time would be shameful, but to rush them through under the cover of the COVID-19 crisis is unconscionable,” Nadazdin said.

Dunja Mijatović, the human rights commissioner for Europe’s top rights body, the Council of Europe, said that “in this extraordinary time of the COVID-19 pandemic, politicians and decision-makers must resist the temptation to push through measures that are incompatible with human rights."

The lower house of parliament, where the ruling Law and Justice party has a majority, is scheduled to debate the bills Wednesday and Thursday, and a vote could take place immediately. But things might not reach that point.

Law and Justice has so far tried to please the conservative Church, which wants greater restrictions on abortion. But it doesn't want to alienate large sections of the secular population, and bowed to protests over the previous bills — again brought by a Catholic group. Several party officials stress that these are not the party's proposals, although others back them.

Some believe the ruling party doesn't really want the laws approved, and might mothball them by referring them to committee for further work.

The party would still gain by having made a show of support for conservative issues ahead of the May presidential election, which will be held by mail due to the coronavirus lockdown. The fact that the election is still taking place has drawn the ire of opposition parties, who say that with campaigning ruled out by the lockdown, the conservative incumbent who is seeking re-election will have an unfair advantage.

Pawel Lisiewicz, a political analyst at the Civil Development Forum think tank, commented on Twitter that Law and Order “is in favor of full protection of life, from conception to the presidential election.”