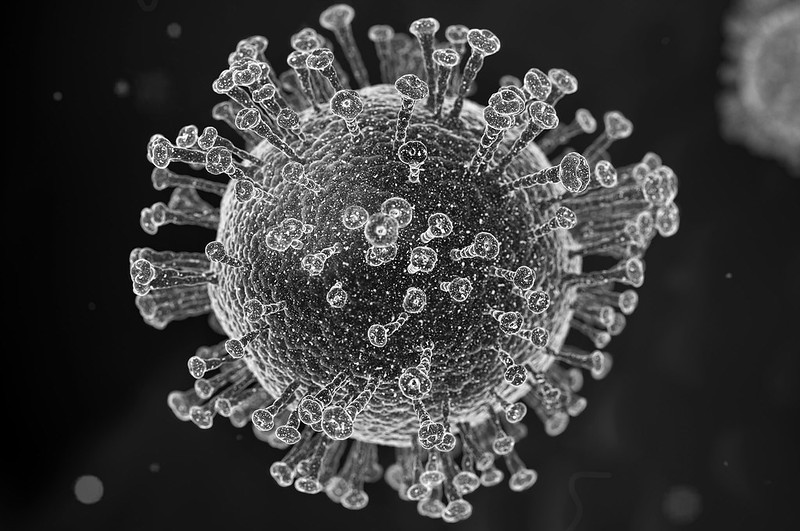 TAIPEI (Taiwan News) — A team of Taiwanese and Australian scientists has discovered a mutation in a strain of Wuhan coronavirus (COVID-19) found in India, which could stymie the global race to develop a vaccine for the deadly disease.

A non-peer reviewed study released on bioRxiv reportedly found a mutation in part of the coronavirus spike protein's receptor-binding domain (RBD) in a strain discovered in India. This spike protein targets the angiotensin-converting enzyme-2 (ACE2), a receptor on the cell membrane, enabling the virus to enter the body.

Taiwanese scientist Wang Wei-Lung (王瑋龍), from the Department of Biology at the National Changhua University of Education, and researchers from Murdoch University in Australia wrote that this is the first time a mutation has been found in the RBD among any variant of the virus across the globe. "The observation of this study raised the alarm that Sars-CoV-2 mutation with varied epitope [something an antibody attaches to] profile could arise at any time. This means current vaccine development against Sars-CoV-2 is at great risk of becoming futile." reported The Science Times.

A mutation in the spike protein could threaten the effectiveness of a new vaccine because the change could enable the virus to bypass antibodies that work by stopping the RBD from binding to the ACE2. ACE2 is the main doorway for coronaviruses, as it is affixed to the membrane of cells in the lungs, heart, kidneys, arteries, and intestines.

Although this particular strain was taken from a patient in the Indian state of Kerala by the National Institute of Virology in January, the full genome sequence was not shared with the world until March, a delay that some researchers found questionable, reported South China Morning Post. The patient was reportedly a medical student who had returned from the Chinese city of Wuhan but had a strain that was apparently not closely related to others found at the epicenter of the outbreak and is considered an outlier compared to other variants found in the world.

The researchers said that a computer simulation showed the mutation could remove the hydrogen bond from the spike protein. Without this bond, the virus would be less likely to bind to the ACE2, thus rendering a vaccine that targets that method of transmission ineffective.

The scientists cautioned that the findings are not final and that other factors may have led to the apparent mutation. For example, one possibility could be a technical error that may have occurred during the sequencing process.

This mutation might only be the tip of the iceberg, with the China National Centre for Bioinformation having identified 3,500 mutations of COVID-19 since early January. If it turns out that the virus is able to continuously evolve, it would mean that scientists would need to constantly create new versions of the vaccine, as is the case with the flu.