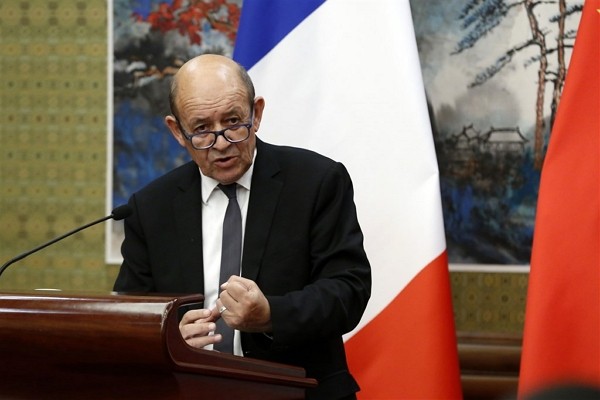 TAIPEI (Taiwan News) — The French Foreign Ministry said Tuesday (April 14) that it had summoned the Chinese ambassador to lodge a protest over the East Asian nation's controversial comments on how France has handled the Wuhan coronavirus (COVID-19) pandemic.

In a statement, French Foreign Minister Jean-Yves Le Drian pointed out that he had made clear his disapproval of the Chinese embassy's recent remarks, which he said were not in line with the "quality of the bilateral relationship" between the two countries. He added that France and China had been cooperating since the outbreak began but that the latter's criticism has damaged the trust between French President Emmanuel Macron and Chinese General Secretary Xi Jinping, reported CNA.

On Sunday (April 12), an article titled "Restoring distorted facts – Observations of a Chinese diplomat posted to Paris," was published on the Chinese embassy's website. The anonymously written article not only praised the Chinese government's "successful" handling of the outbreak but also accused Western countries of attempting to smear China's reputation.

The article also accused French nursing home workers of having "collectively deserted their posts overnight and letting their residents die from starvation and disease" without providing any evidence, enraging nursing home staff across the European nation.

Antoine Bondaz, a professor at the Paris Institute of Political Studies, bashed the Chinese government for continually manufacturing lies and misinformation. He referred to its behavior as "shameful" and said the French public deserved more respect, according to Liberty Times.