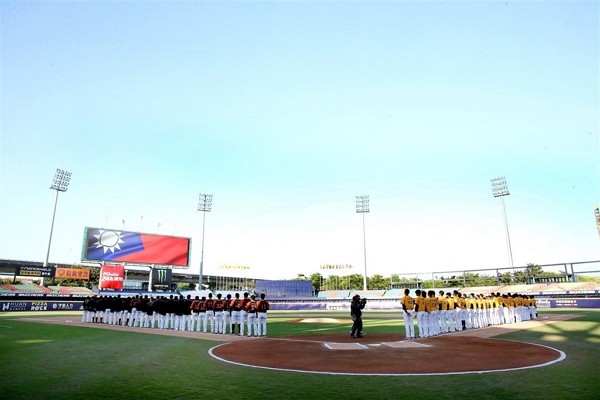 Taiwan's baseball season, the only one scheduled anywhere in the world during the COVID-19 pandemic, will include English broadcasts from Wednesday (April 15) to showcase Taiwan baseball to a wider audience, as mentioned on the official twitter page of Eleven Sports sports channel.

Taiwan's Chinese Professional Baseball League (CPBL) held its first game at Taichung Intercontinental Baseball Stadium Sunday after the first two games were postponed last weekend due to bad weather, making it the first professional baseball league in the world to start this year.

However, the season, or at least the beginning of the season, will be played without fans due to the country's social distancing regulations designed to slow the spread of the coronavirus.

The English commentary, which will be provided for Rakuten Monkeys home games, will be part of the broadcasts to come from Taoyuan International Baseball Stadium between April 15 and April 19, said World Baseball Softball Confederation's Asia correspondent Richard Wang (王雲慶), who will be one of the commentators.

Wang is a commentator for Major League Baseball in North America in Chinese on Fox Sports Taiwan. He will team up with Wayne McNeil to present the CPBL to fans around the world at a time when professional baseball has all but come to a halt due to the coronavirus pandemic.

In addition to reflecting the country's success at stopping the spread of the virus, it is also hoped that broadcasting the games in English will show the world the pandemic can be overcome, he said.

Having previously served for 14 years in the CPBL's department of promotion and marketing, official publications, strategic planning, and international affairs, Wang said he hopes to help international fans fall in love with Taiwan baseball.

"I think the fans will be interested in the players' skills and I will also fill in with background and stories about the league," he said. "But I do hope, maybe later in the season, fans will be allowed into the stadium, which will show the complete package the CPBL has to offer."

When asked if the English broadcasts will continue for the rest of the season, Wang said it depends on viewership and he thinks that there is a good chance it will be received well.

The last time the CPBL was broadcast to an international audience was over 30 years ago.

The 2020 regular season will run until Oct. 14, with a total of 240 games scheduled, according to the CPBL website. The other teams in the CPBL are the Taichung-based Chinatrust Brothers and Yunlin-based Wei Chuan Dragons. The league was founded in 1989. 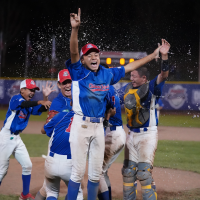