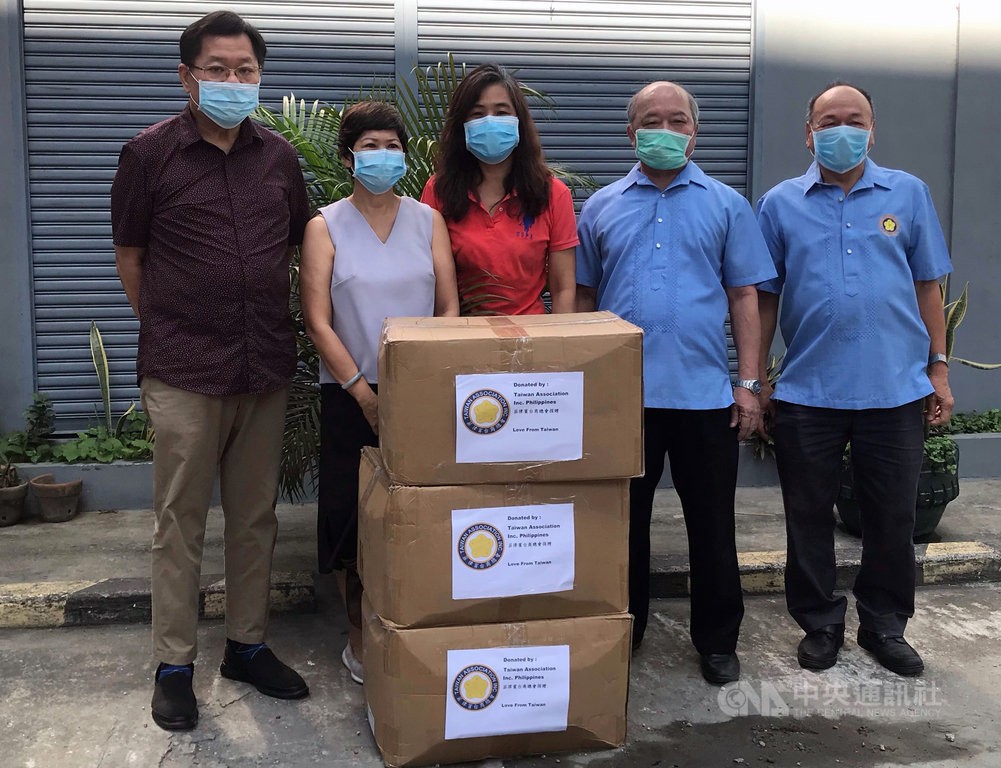 TAIPEI (Taiwan News) — The Taipei Economic and Cultural Office in the Philippines (TECO Philippines) announced Monday (April 13) night that 300,000 of the 6 million masks to be donated in the second wave of Taiwan's humanitarian aid would be sent to the archipelago nation.

Due to a lack of medical supplies in the Philippines to battle the Wuhan coronavirus (COVID-19) pandemic, many local government officials have requested surgical masks from the Taiwan representative office, reported CNA. The Philippine Taiwan Chamber of Commerce and Taiwanese Association Philippines (TAP) have already donated 50,000 masks to the Philippine Ministry of Health, multiple hospitals and local governments.

On April 9, the Ministry of Foreign Affairs (MOFA) announced the launch of a second wave of medical donations, including shipping approximately 6 million medical-grade masks to EU nations, northern, central and eastern Europe, the U.S., Latin America and Caribbean countries, countries that are part of the New Southbound Policy, plus other friendly countries.

The representative office later issued a Facebook statement Monday night, announcing that 300,000 masks from the second wave of donations would be sent to the Philippines. It also requested that Tedros Adhanom Ghebreyesus, secretary-general of the World Health Organization (WHO), immediately retract his accusation that Taiwan directed racist verbal attacks toward him and to apologize to the people of Taiwan.

In its statement, the office quoted President Tsai Ing-wen's (蔡英文) Facebook post, saying, "Taiwan has always opposed all forms of discrimination. For years, Taiwan has been excluded from international organizations, including the WHO, and knows better than anyone else what it feels like to be discriminated against and isolated."

The office's statement also mentioned that Taiwan learned valuable lessons from the SARS pandemic in 2003. After the outbreak of the coronavirus in 2019, it quickly took proactive measures and developed a widely praised, "Taiwan Model," which the international community could learn from, it stated.

The representative office urged the WHO to invite Taiwan to fully participate in all conferences and mechanisms to fight the novel coronavirus and to restore Taiwan's status as an observer at the World Health Assembly (WHA). If the WHO followed through with Taiwan's requests, the office stated, the island nation would be able to share its successful experience with the world more effectively and end the pandemic as soon as possible.