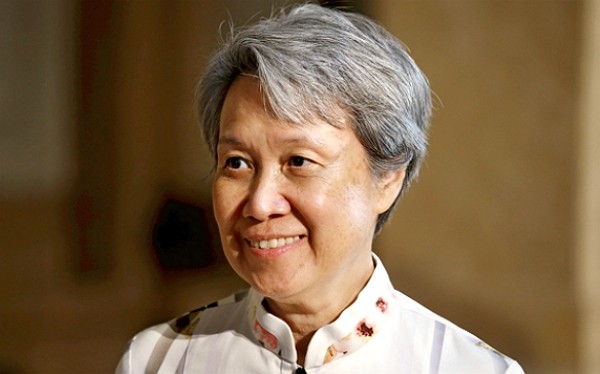 In a Facebook post in which she shared a Taiwan News article titled "Taiwan to donate medical masks to Singapore," Ho left the online community puzzled by her onomatopoeia. Many Taiwanese have called her out for being ungrateful and urged their government to retrieve the masks, while Singaporean netizens have apologized on Ho's behalf, saying they are just as perplexed by her reaction.

On Wednesday (April 8), the Ministry of Foreign Affairs (MOFA) announced that Taiwan would be donating over one million surgical masks to Singapore and other New Southbound Policy (NSP) countries to help slow the Wuhan coronavirus (COVID-19) pandemic. The island nation has already donated millions of masks to 11 European countries and the U.S., who in return have offered sincere gratitude, reported CNA.

Since being posted, Ho's comment has stirred up a heated debate between some Taiwanese netizens and their Singaporean counterparts. A few Chinese internet users have also joined the fray and mocked Taiwan for politicizing the situation.

Supporters of Taiwan have pointed out that the post was highly inappropriate for Ho, the wife of Singaporean Prime Minister Lee Hsien Loong (李顯龍), to make. However, some Singaporeans have defended Ho, saying that the Taiwanese government had not supplied Singapore with masks in January, when they were needed the most, reported ETtoday.

On Sunday (April 12), MOFA reaffirmed its decision to send masks to Singapore and said the friendship between the two countries will not be affected by individual comment.

This was not the first time Ho has drawn international attention for her controversial take on global affairs. In September last year, she also shared a Facebook post in support of the Hong Kong police during the anti-extradition bill protests.