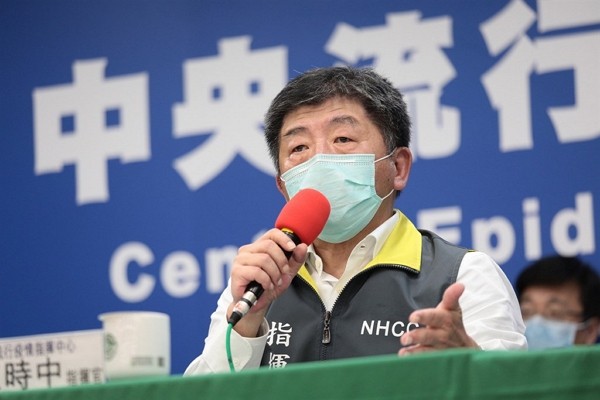 During his daily press conference Sunday afternoon, Health Minister and CECC head Chen Shih-chung (陳時中) announced that two men and one woman had been confirmed with COVID-19. Of the three, two are imported cases, while one is a local infection.

Chen said that the single domestic case (No. 386) is a man in his 20s who lives with an imported case (No. 195) and had been placed under home quarantine after the latter was diagnosed with the disease. He said the authorities are still determining who has recently come into contact with the individual.

Patient No. 387 is a man in his 40s who had traveled to the U.S. on Feb. 20 for business, the CECC said. He developed a cough and sore throat on March 25 while still overseas, but he did inform the medical staff at Taiwan Taoyuan International Airport of his symptoms upon returning to Taiwan on April 10.

Patient No. 388 is the spouse of No. 358, and she had traveled to the U.K. with her husband to visit their relatives on January 13. After returning to Taiwan on April 2, she noticed that she had lost her ability to smell or taste and decided to seek help from the CECC on April 3.

As of Sunday, Taiwan has recorded 388 COVID-19 cases, including six deaths.