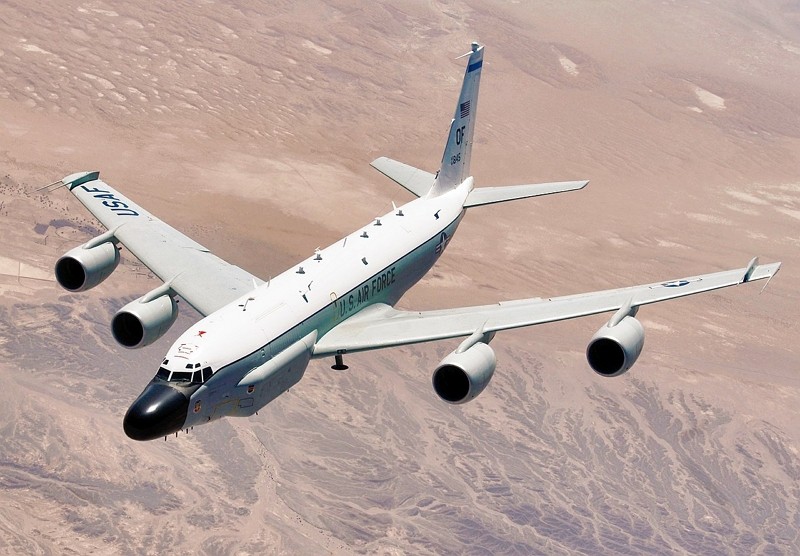 An American guided missile warship and two reconnaissance military aircraft have been operating near Taiwan over the past two days, after Chinese warplanes showed up in the area, Taiwan's Ministry of National Defense (MND) confirmed Saturday.

In a press statement, the MND confirmed that the USS Barry, an Arleigh Burke-class destroyer, sailed through the Taiwan Strait from north to south, but it did not say when.

According to local media, however, the U.S. warship transited through the strait Friday, tailed by the Chinese missile frigate, the Nantong.

A military officer told CNA that the USS Barry exited the Taiwan Strait before dawn Saturday.

In a Facebook post Saturday, the U.S. Pacific Fleet confirmed the USS Barry's passage though the Taiwan Strait.

"Barry is forward-deployed to the U.S. 7th Fleet area of operations in support of security and stability in the Indo-Pacific region," one of the photo captions read.

Meanwhile, a U.S. EP-3E electronic warfare and reconnaissance aircraft was seen flying south of Taiwan Saturday morning, according to a flight chart posted on Twitter by Aircraft Spots, a military air movement tracker.

According to MND data, it was the seventh time since March 25 that a U.S. military aircraft was seen passing near Taiwan.

The MND said it has been closely monitoring the movement of vessels and aircraft near Taiwan territorial waters and airspace and had detected no irregularities.

The U.S. military vessels and aircraft showed up in the area after Chinese J-11 jet fighters, KJ-500 early warning aircraft, and H-6 bombers were spotted Friday morning flying southwest of Taiwan and entering the Bashi Channel between Taiwan and the Philippines.

Su Tzu-yun (蘇紫雲), a researcher at the Institute for National Defense and Security Research, said the U.S. aircraft were probably monitoring the activities of the Chinese People's Liberation Army (PLA).

The U.S. might also be sending a signal to some countries by allowing flight trackers such as Aircraft Spots to record the movements of its aircraft, he said.