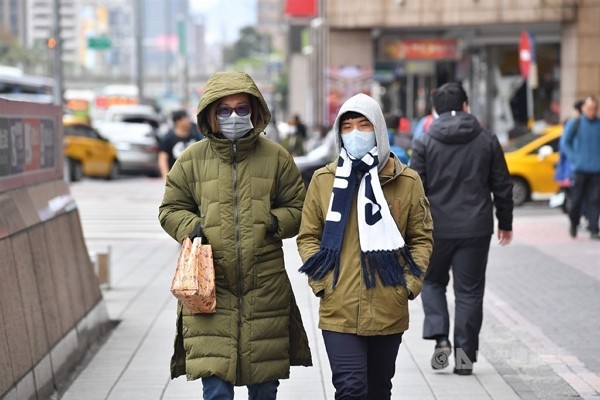 The arrival of a continental cold air mass on Saturday will bring cold and wet weather to much of Taiwan over the weekend, with temperatures to drop to as low as 10 degrees in the north from Sunday night to Monday morning, the Central Weather Bureau (CWB) said Saturday (April 11).

The CWB said the cold front will approach northern Taiwan on Saturday afternoon, and will bring overnight rain and storms to the northern, central and eastern regions, as well as scattered showers in the south.

The rain is expected to gradually diminish by Sunday morning in the south, and by the afternoon in northern and central Taiwan.

From Sunday night to Monday morning, the CWB has issued a cold weather alert for parts of the north, including Keelung, Taipei, New Taipei, Taoyuan and Hsinchu cities, as well as Hsinchu County, warning that temperatures there could drop to as low as 10 degrees during this time.

In central Taiwan, Yilan County and Hualien City, overnight temperatures Sunday will be slightly higher, ranging from 12-14 degrees, while lows of 15-16 degrees are forecast for southern Taiwan and Taitung County, the CWB said.

The cold front and a radiative cooling effect will keep temperatures in the high teens to low 20s in the north and east on Monday and Tuesday, while highs in central and southern Taiwan will reach the mid 20s, but with large day-night temperature differences, the CWB said.

Beginning Wednesday, temperatures around Taiwan will rebound to the mid 20s as the cold front diminishes, though day-night temperature gaps of 8-12 degrees are expected in much of the country throughout next week, the CWB said. 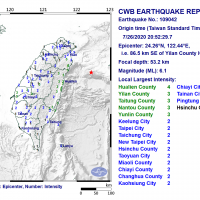 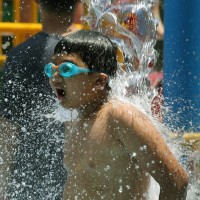