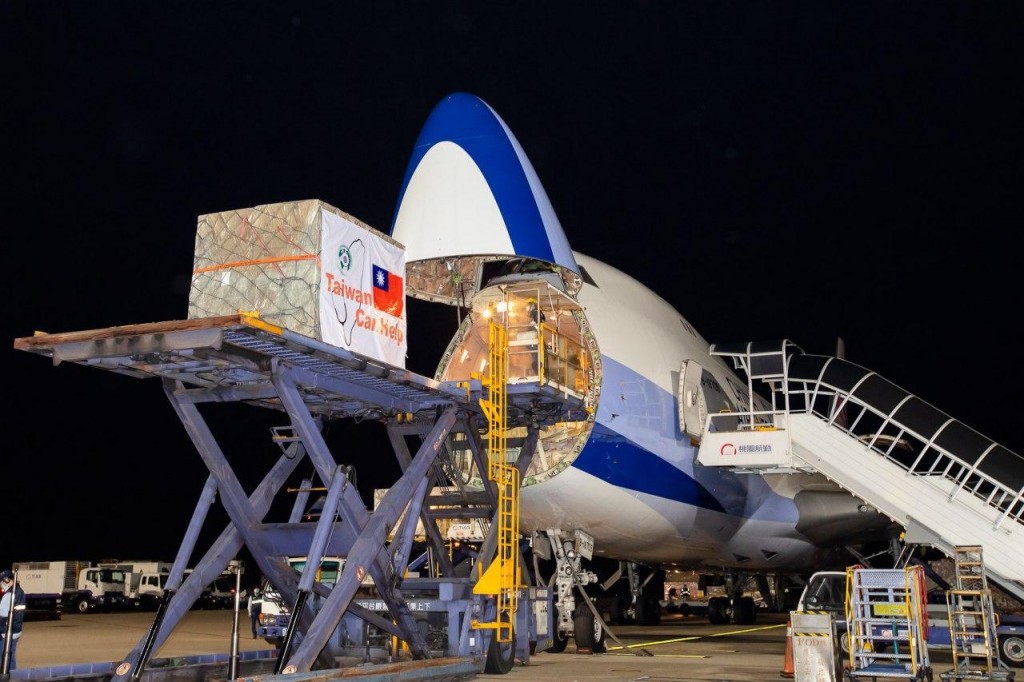 As part of its pledge to donate 10 million surgical face masks to Europe and the U.S., the first shipment of 600,000 masks arrived in the Netherlands on Tuesday (April 7). It was followed by a second wave of 1 million masks bound for Italy, Spain, and other EU countries that were sent out on Wednesday and Thursday (April 8 and 9).

On Thursday, EU Representative in Taiwan Filip Grzegorzewski posted a tweet thanking Taiwan for its swift delivery of masks to countries hardest hit by the pandemic. He also thanked the country for its pledge of a second donation to northern, central, and eastern Europe.

The next day, European Commissioner for Crisis Management Janez Lenarcic announced on Twitter that Taiwan's donation of 1 million masks had been delivered to Spain and Italy. He lauded Taiwan for its "gesture of solidarity" and emphasized the importance of international cooperation during the global pandemic.

Taiwan's Ministry of Foreign Affairs (MOFA) had previously stated that 7 million masks intended for 11 European countries would be delivered in three batches. The 11 countries to receive Taiwanese-made masks included EU member states Italy, Spain, Germany, France, Belgium, the Netherlands, Luxembourg, the Czech Republic, and Poland, as well as the U.K., and Switzerland.

Global solidarity at its best!Thank you #Taiwan for the swift delivery of medical masks for the #EU countries hit hardest by the #coronavirus, and for the announcement of the second donation to Northern, Central, and Eastern Europe. #StrongerTogether #COVID19 #EUinTaiwan #riscEU pic.twitter.com/jYKoGBdNxf