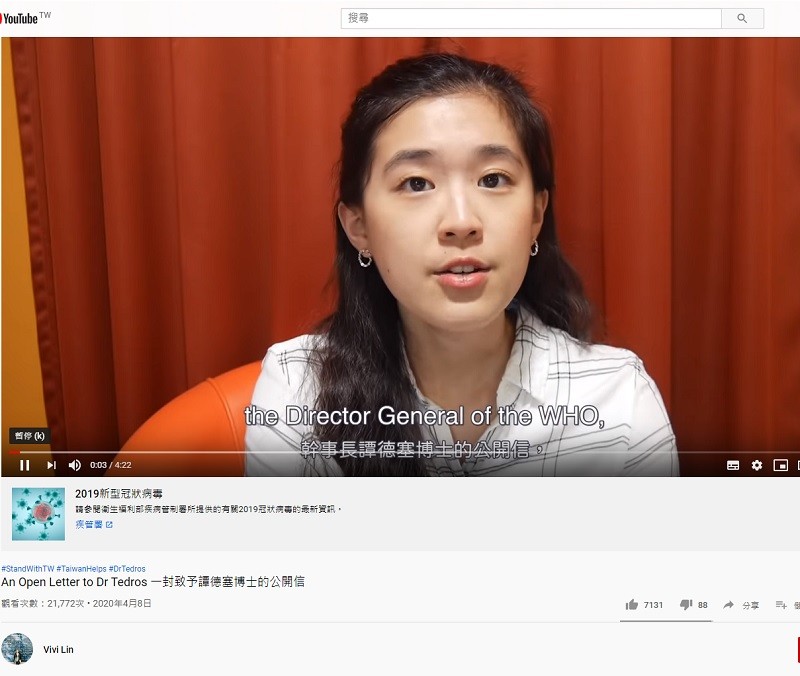 TAIPEI (Taiwan News) — A Taiwanese student studying infectious diseases in the U.K. wrote a blistering open letter, accompanied by a video of her reading it, on Wednesday (April 8) to lambaste World Health Organization (WHO) Director-General Tedros Adhanom for smearing Taiwan’s reputation.

The WHO head has been widely criticized for aligning itself with China in combating the novel coronavirus (COVID-19) pandemic. It has also been accused of helping China cover up the severity of its crisis, which led to its spread elsewhere.

At a WHO press conference on Wednesday, Tedros claimed he had been assailed by racist attacks, referring to someone calling him a "negro," adding, "Three months ago this attack came from Taiwan." The WHO head went on to claim that Taiwan had waged an internet campaign against him for three months.

He also accused the country’s foreign ministry of encouraging the attacks. The student, Vivi Lin, said she was shocked and saddened to hear such misleading allegations from the head of the world’s most influential international health organization.

Noting that she has been working closely with Taiwanese and British medical NGOs, Lin said, “I can affirm that there has never been any disrespectful comments from our government and our diplomats towards you and the African continent due to race, culture, or skin color.”

“I am aware that there are various petitions online urging your resignation from the WHO,” she said. "However, none of the requests or criticisms were based on discrimination against your race or skin color, nor people from the African continent.”

She mentioned that the WHO has hosted webinars on how to combat misinformation in the past two days. "Ironically, just right after the webinar, Dr Tedros, as the DG of the WHO, was accusing Taiwan with misinformation,” she said. “How can you, in a few sentences, attempt to smear Taiwan’s reputation with such irresponsible and false accusations?”

“I, on behalf of my beloved country and people, am now asking for an apology from you,” she concluded. 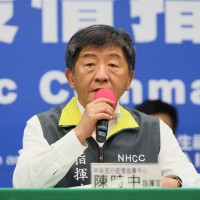