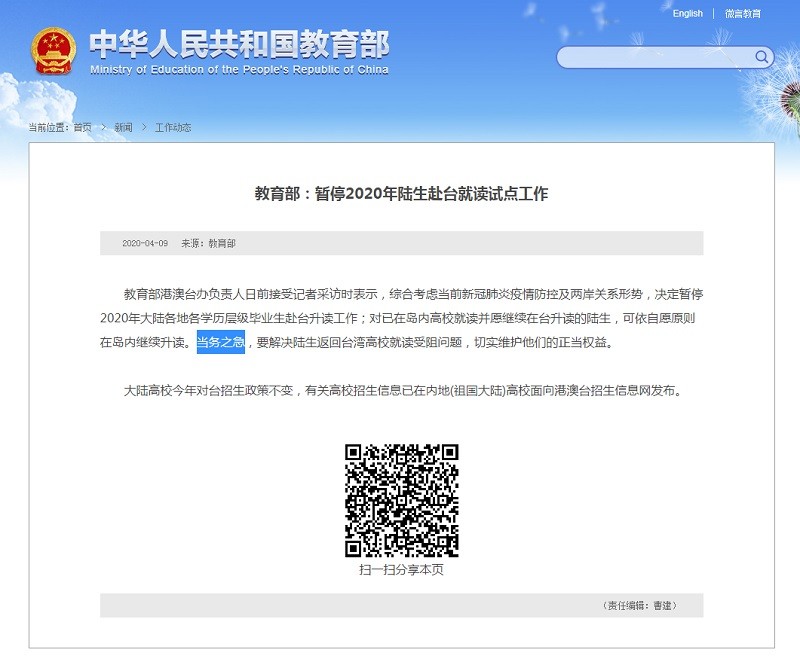 TAIPEI (Taiwan News) — China’s Ministry of Education (MOE) issued a press release on its website Thursday (April 9) banning Chinese students from studying in Taiwan for the rest of 2020.

The ban came two days after China's MOE blamed Taiwan in a press release for shutting its borders to Chinese students returning to the island nation and resuming their studies. In the statement, China asked Taiwan to take responsibility and guarantee the Chinese students’ right to study.

The Tuesday release said that Taiwan banned Chinese residents from entering the country, despite universities reopening in late February and early March, inconveniencing many who wished to continue with their degrees. It went on to accuse Taiwan of ignoring the protests of these Chinese students.

Taiwan made it clear that Chinese nationals currently in the country can continue their studies as usual.