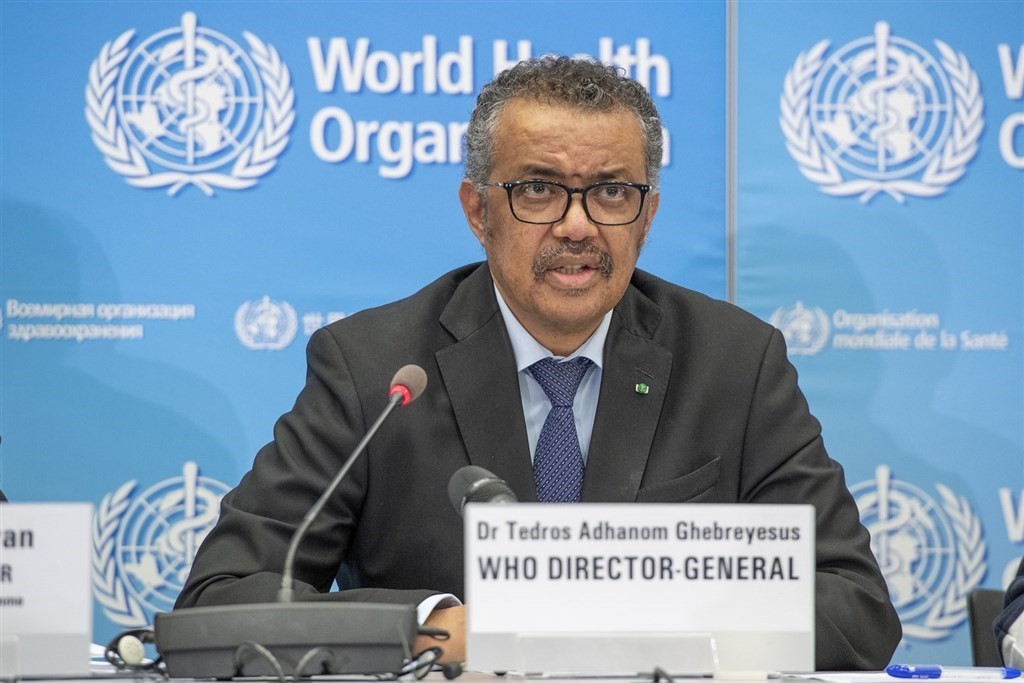 TAIPEI (Taiwan News) — In response to withering criticism over his questionable handling of the Wuhan coronavirus (COVID-19) pandemic, the World Health Organization (WHO) head lashed out at Taiwan for "racist attacks" and accused Taiwan's Ministry of Foreign Affairs (MOFA) of being complicit.

During a press conference on Wednesday (April 8), a reporter asked WHO Director-General Tedros Adhanom whether it was more difficult to operate during the pandemic with his moral authority eroded by criticism from world leaders such as President Donald Trump. Tedros responded by claiming that he had been assailed by racist attacks and death threats over the past three months.

He said that some had called him a "negro" and he claimed, "Three months ago this attack came from Taiwan." With a stern expression on his face, Tedros then said, "We need to be honest, I will be straight today, from Taiwan."

"And Taiwan, the Foreign Ministry also, they know the campaign. They didn't disassociate themselves," claimed Tedros. He went on to allege that MOFA "even started criticizing me in the middle of all that insult and slur, but I didn't care. Three months."

He then said that, "It's enough. But still, they can continue. I don't care." Tedros then claimed to be more offended at the notion that somehow the entire black community had been insulted.

On the official MOFA Twitter feed on Thursday (April 9), Taiwan's Foreign Minister Joseph Wu (吳釗燮) responded by saying that it agreed there is no need to use the disease to score political points, but said that there was no evidence that Taiwan had orchestrated such attacks. Wu stated that Tedros' accusations were "baseless, without merit & further marginalizes the good work in which the WHO is engaged worldwide."

He pointed out that global citizens have noticed the way in which the WHO "mislabeled & outright ignored inquiries about the country." Wu wrote there have been valid questions raised about the WHO's handling of the global calamity and that in democratic societies, people should have the right to freely express themselves.

It is currently not known what alleged racist attacks, supposedly originating in Taiwan, Tedros is referring to. What is an established fact is that MOFA had warned the WHO about the human-to-human transmission of a new form of pneumonia in Wuhan on Dec. 31 of last year.

The WHO responded to Taiwan by saying that it would transfer the information to experts for processing, but the organization later failed to publish the requested information on its internal website. Two weeks later, the WHO issued a now-infamous tweet citing the Chinese government as claiming there was "no clear evidence of human-to-human transmission of the novel coronavirus (2019-nCoV) identified in Wuhan, China."

The WHO did not acknowledge human-to-human transmission until Jan. 24. It was not until March 11 that the WHO finally declared the Wuhan coronavirus outbreak to be a global pandemic, with 114 countries reporting a total of 118,000 cases and 4,300 deaths at the time. Current figures stand at 1,487,035 cases and 88,327 deaths.

.@DrTedros said there's "No need to use #COVID19 to score political points. We agree! Yet without evidence, #Taiwan is accused of orchestrating personal attacks. This claim is baseless, without merit & further marginalizes the good work in which the @WHO is engaged worldwide. 1/3