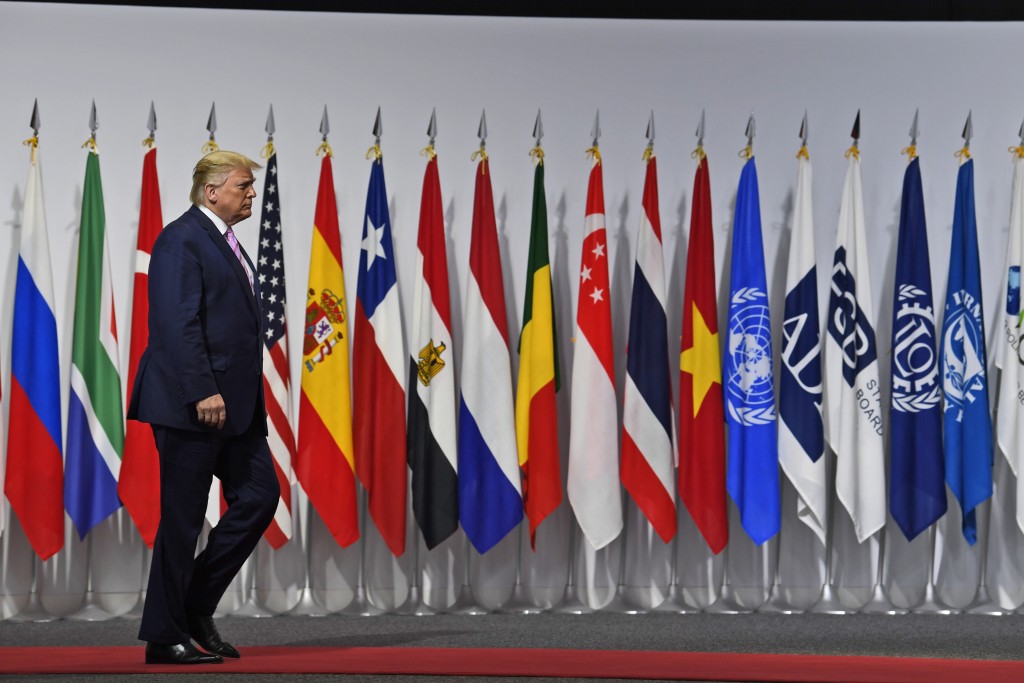 WASHINGTON (AP) — What world leader could resist a “Million Dollar Baby” boxing glove signed by director Clint Eastwood? Or a decoupage tray featuring a painting of President Donald Trump's Mar-A-Lago resort? Or how about a sports jersey?

The annual list of gifts that Trump has dispensed to foreign leaders is out, and the State Department report reveals some eclectic taste in his gift-giving. The report is sent to Congress.

Among the gifts from the president that carried the most monetary value: a custom pewter tea set for Chinese President Xi Jinping, valued at $2,629; a limited edition book set of “The Expedition of Lewis and Clark,” valued at $2,500, given to then-British Prime Minister Theresa May; a personalized cricket bat and photo of President Dwight Eisenhower at a match in Pakistan, valued at $1,650, and given to Pakistan's prime minister, Imran Kahn.

The Eastwood-signed boxing glove went to Japanese Prime Minister Shinzo Abe and was valued at $1,789. Abe also got framed, signed photographs of golfing greats Jack Nicklaus and Arnold Palmer, a nod to the two leaders' shared love of golf. The photos were valued at $2,263.

The trays featuring Mar-a-Lago went to a handful of leaders from Caribbean nations and South America. Each tray is valued at $550.

Among the sports jerseys the president provided was a framed D.C. United Jersey signed by Zoltan Stieber, then a member of the soccer team. The jersey went to Hungarian Prime Minister Viktor Orban and was valued at nearly $1,700.

The president and first lady Melania Trump also gave an assortment of gifts to world leaders and their spouses. Among the most notable gifts: a silver poppy brooch in a White House wood jewelry box and custom leather presentation box for Queen Elizabeth II, valued at $3,750; and a historical viola and framed photo of composer Aaron Copland for Japanese Emperor Naruhito, valued at $3,766.