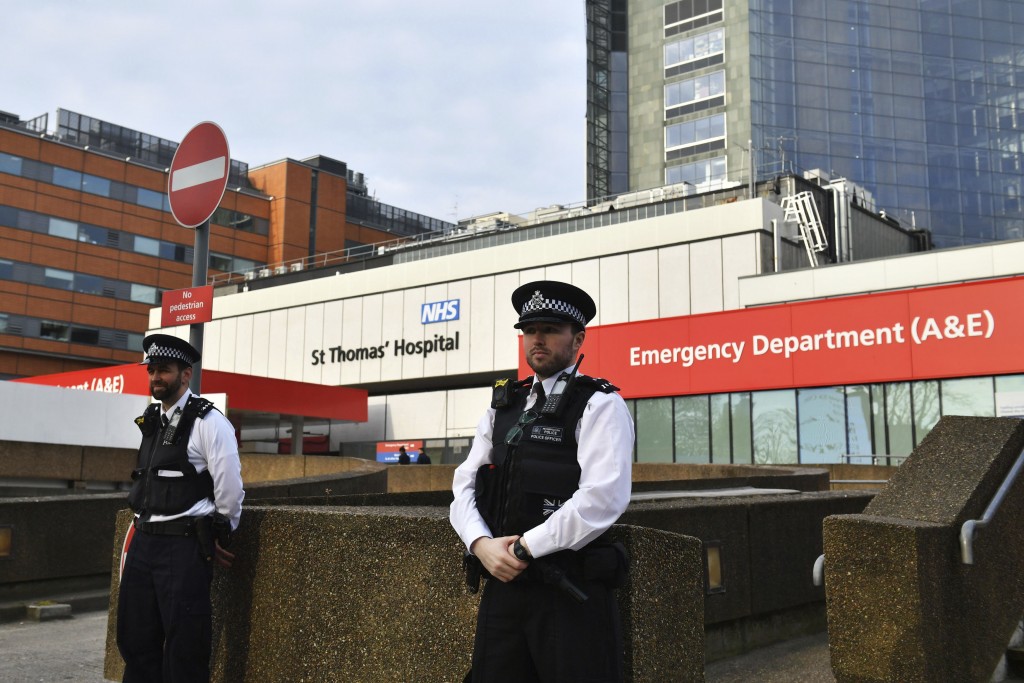 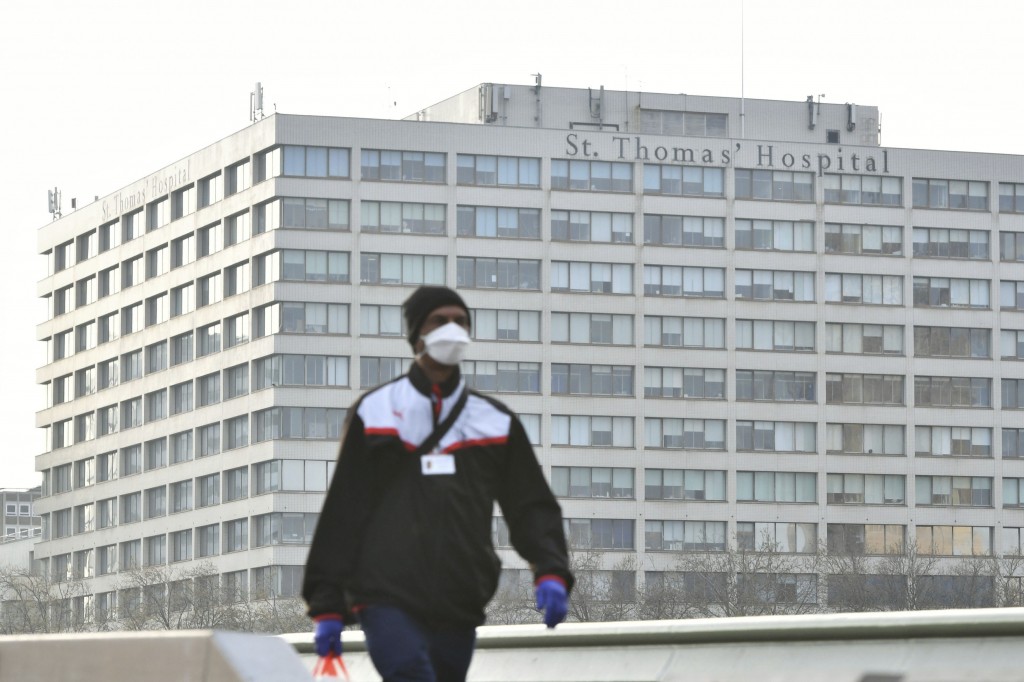 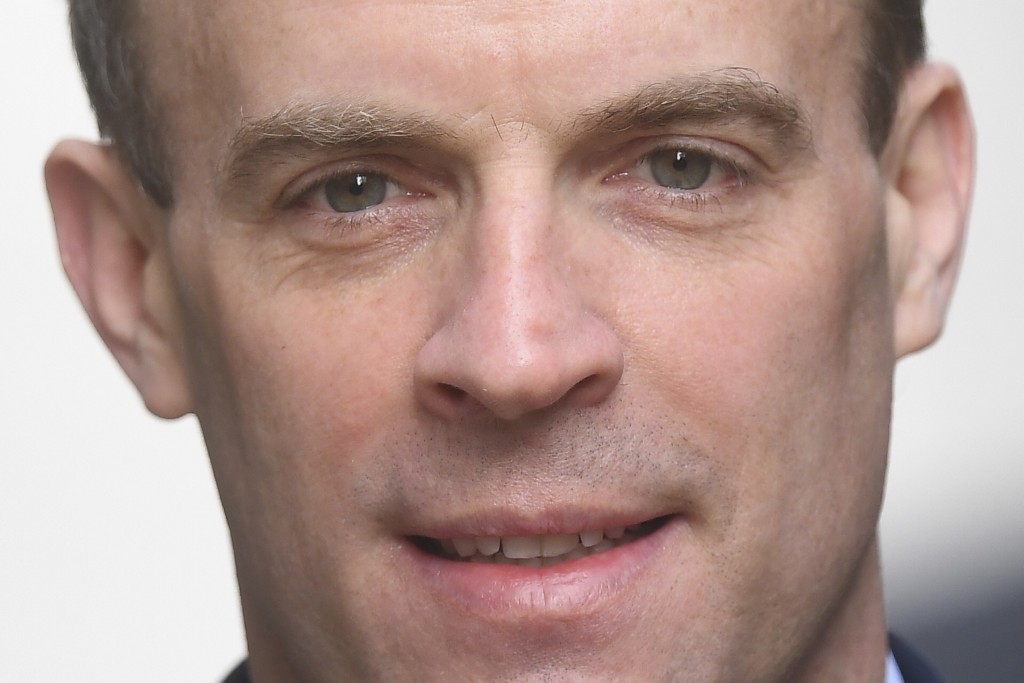 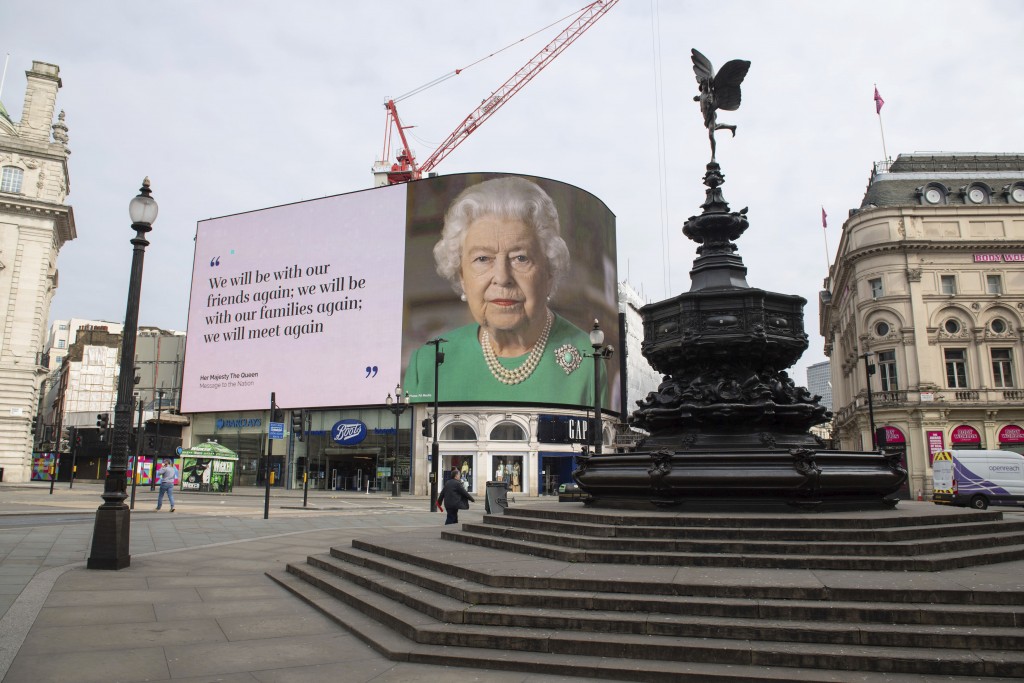 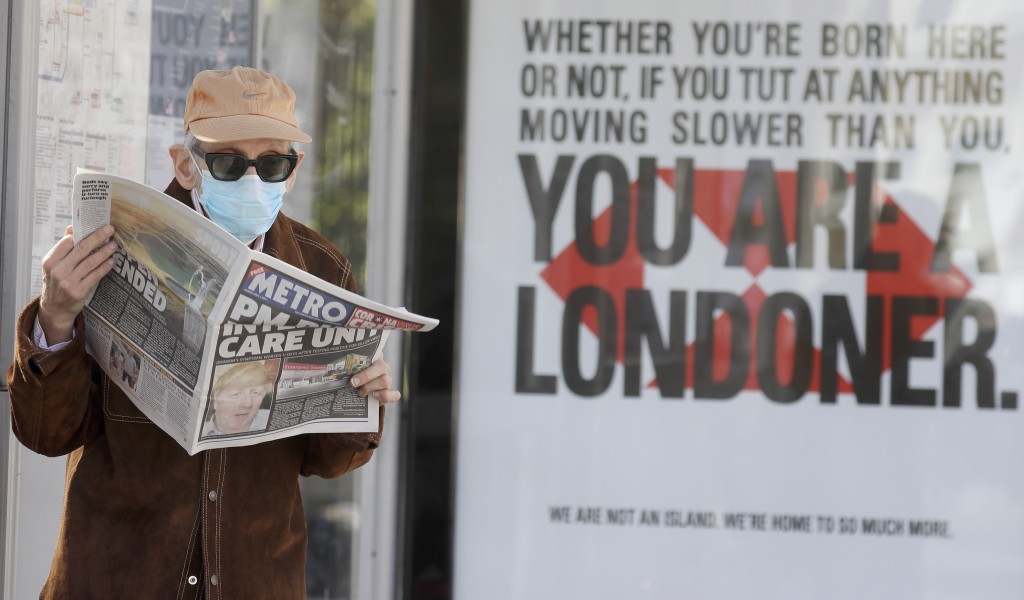 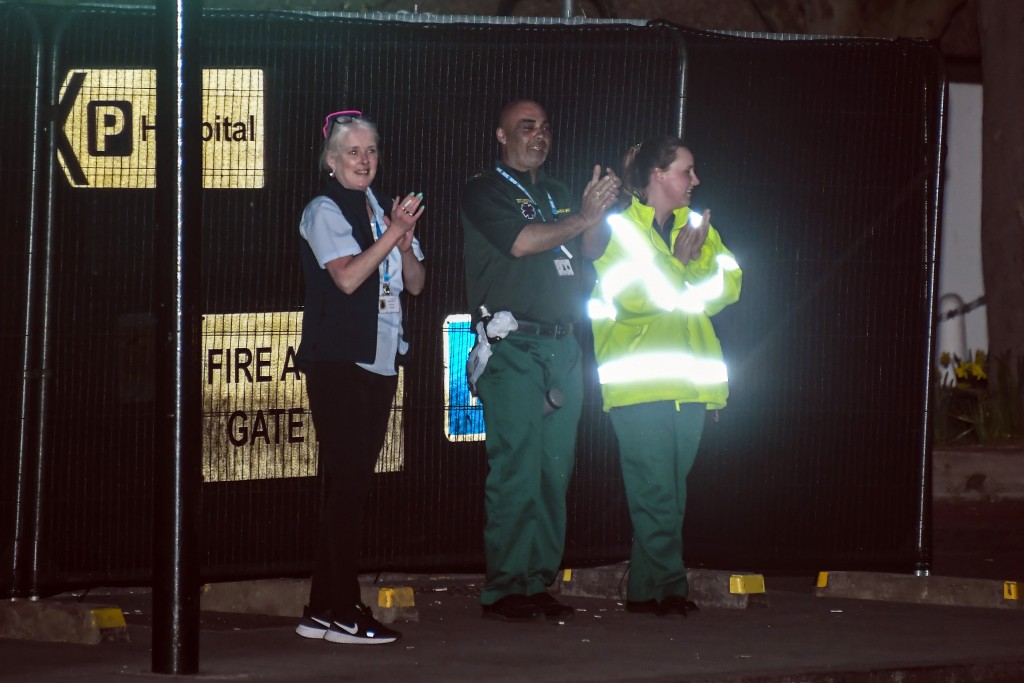 LONDON (AP) — Britain’s government sought Wednesday to keep a grip on the country’s response to the coronavirus pandemic as Prime Minister Boris Johnson started a third day in the intensive care unit of a London hospital being treated for COVID-19.

Foreign Secretary Dominic Raab chaired a meeting of the government’s COVID-19 crisis committee while the number of virus-related deaths reported in the U.K. approached the levels seen in the worst-hit European nations, Italy and Spain.

The country's confirmed death toll reached 6,159 as of Tuesday, an increase of 786 from 24 hours earlier. That was the biggest daily leap to date, although the deaths reported Tuesday occurred over several days.

The virus has hit people from all walks of life -- including Johnson, the first world leader known to have been diagnosed with COVID-19. The 55-year-old prime minister was admitted to St. Thomas’ Hospital late Sunday with a fever and cough that persisted 10 days after he tested positive for the virus.

He was moved to the ICU on Monday night after his condition deteriorated. U.K. Health Minister Edward Argar said Wednesday that Johnson is receiving oxygen but still did not require a ventilator, suggesting the prime minister's condition had not worsened further.

Johnson’s illness has unleashed a wave of sympathy for the prime minister, including from his political opponents. It has also heightened public unease about the government’s response to the outbreak, which faced criticism even with the energetic Johnson at the helm.

Britain was slower than many other European nations to close schools, shut businesses and restrict people’s movements in a bid to curb infections, and the government has struggled to meet its goal of dramatically the number of individuals tested for the virus.

Britain has no official post of deputy or acting prime minister, but Johnson has asked Foreign Secretary Dominic Raab to temporarily take over many of the prime minister’s duties to lead the country’s response to the pandemic.

But Raab's authority is limited. He can’t fire Cabinet ministers or senior officials, and he won’t hold the prime minister’s weekly audience with Queen Elizabeth II.

In the British political system, the prime minister’s power lies less in the role’s specific responsibilities — which are relatively few — than in the leader’s political capital and authority as “first among equals” in the Cabinet.

That’s especially true in Johnson’s government, which is made up of relatively inexperienced ministers appointed by a prime minister with a big personality and a hefty personal mandate from a resounding election victory in December.

In Johnson’s absence, it’s unclear who would decide whether to ease nationwide lockdown measures the British government imposed on March 23 in response the worldwide pandemic. The initial three-week period set for the restrictions expires next week, but with cases and deaths still growing, officials say it is too soon to change course.

“We need to start seeing the numbers coming down,” Argar told the BBC. “That’s when you have a sense, when that’s sustained over a period of time, that you can see it coming out of that.

“We’re not there yet and I don’t exactly know when we will be. The scientists will tell us that they are constantly modelling the data and they’re constantly looking at those stats.”

Meanwhile, officials are watching anxiously to see whether Britain’s hospitals can cope when the number of seriously ill COVID-19 patients reaches its peak. Before the outbreak, the U.K. had about 5,000 intensive care beds, and the government has been scrambling to increase that capacity.

The Nightingale Hospital -- a temporary facility for coronavirus patients built in nine days at London’s vast ExCel conference center -- admitted its first patients on Wednesday. It can accommodate 4,000 beds, if needed. even other temporary hospitals are being built around the country.

London Mayor Sadiq Khan said the city, which is the epicenter of Britain’s outbreak, had one-quarter of its existing hospital beds still available, as well as the new Nightingale hospital.

“It demonstrates the can-do attitude of not just Londoners but those around the country who have helped us get ready for the peak of this virus,” he said.