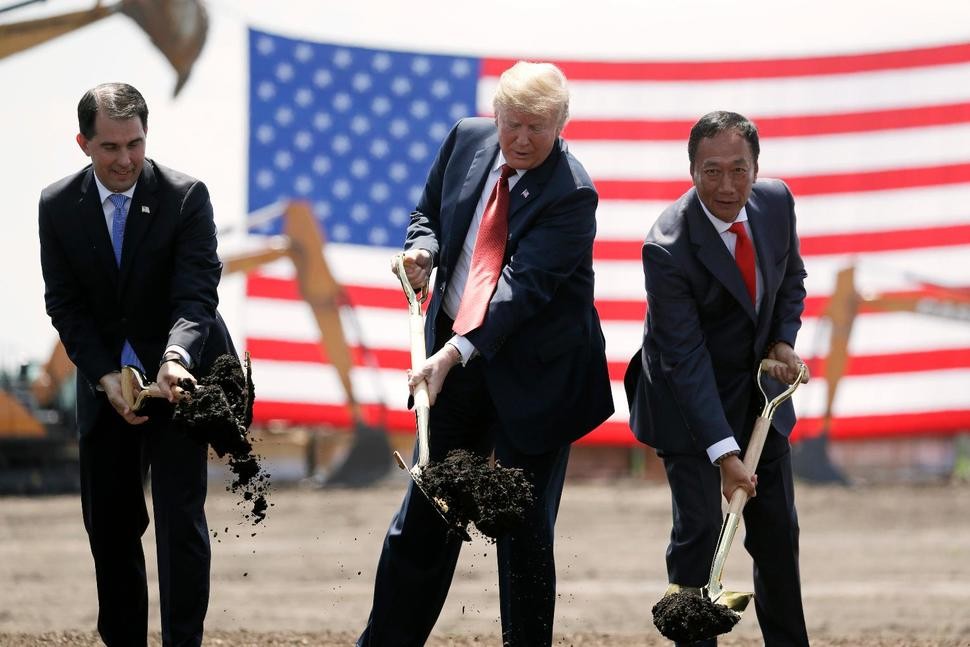 TAIPEI (Taiwan News) — The Foxconn Technology Group, known as the world’s largest contract manufacturer of electronic products, is discussing plans with Medtronic PLC of the United States to make ventilators at its new Wisconsin plant to help in the fight against the Wuhan coronavirus (COVID-19) pandemic.

While known for turning out Apple iPhones and other popular consumer electronics, Foxconn has already been involved in the production of surgical masks, most recently at a factory near its headquarters in Tucheng, New Taipei City and at affiliate Sharp’s plants in Japan, CNA reported.

The new factory in Wisconsin, once hailed as a top manufacturing site for electronics in the United States, will play a part in the ventilator project, according to Medtronic CEO Omar Ishrak. The plant has been the focus of criticism amid doubts about Foxconn’s promises of jobs.

Foxconn Founder Terry Gou’s (郭台銘) office said that the Taiwanese company was cooperating with Medtronic to design and develop ventilators, with medical and design experts from both companies sitting down together on the project, per Reuters.

The intention is to speed up the process so that the ventilators can soon reach patients in extremis with the coronavirus, according to a statement from Gou’s office. The U.S. has confirmed more than 400,000 virus cases, including more than 12,000 deaths.