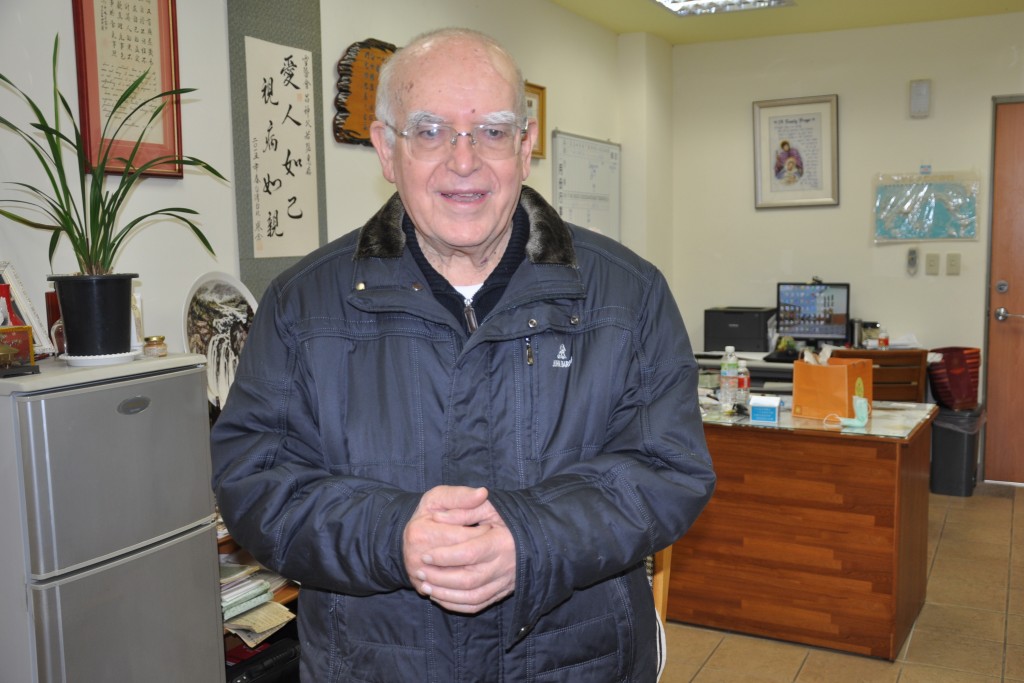 TAIPEI (Taiwan News) — An Italian priest in Taiwan on Tuesday (April 7) thanked the many generous Taiwanese who donated over NT$100 million within six days to battle the Wuhan coronavirus (COVID-19) in his home country.

Father Giuseppe Didone (呂若瑟), 81, on Tuesday issued an open letter in which he thanked 20,000 Taiwanese donors for sending NT$120 million (US$3.9 million) to Camillian Saint Mary's Hospital Luodong to aid efforts to combat the coronavirus in Italy, reported Liberty Times. Didone had originally sent an appeal for aid on April 1, asking for donations to help pay for desperately needed medical supplies.

Didone had originally planned to run the donation campaign for two weeks, but he received such a surprising outpouring of support from Taiwanese donors that he decided to halt the drive on Tuesday. He wrote that in addition to monetary donations, he also received a large amount of personal protective equipment (PPE), such as N95 masks, reported UDN.

He wrote that the hospital is now working on following Taiwan's regulations on the procurement and export of medical equipment. The priest added that Taiwanese businessmen who own factories overseas have offered to ramp up production of medical supplies such as ventilators to support Italy.

Didone closed his letter by writing, "Thanks again Taiwan. At this time, I am more convinced that this is why I want to stay here all my life!"

The priest, who first came to Taiwan in 1965, has set up special care centers for persons with intellectual disabilities in Penghu and Yilan counties. He currently serves at the Camillian Saint Mary's Hospital in Yilan's Luodong Township and received Taiwanese citizenship in 2017 for his contributions to the country.