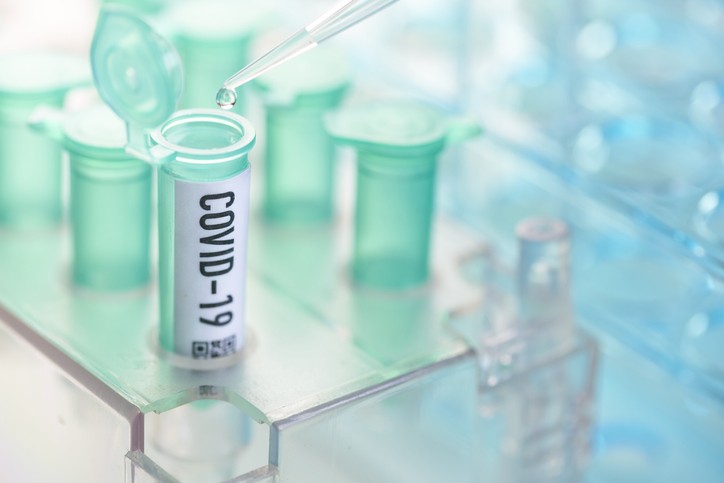 TAIPEI (Taiwan News) — News broke on Monday (April 6) that millions of antibody tests for Wuhan coronavirus (COVID-19) have been found to be faulty, in yet another example of China providing substandard test kits and personal protective equipment (PPE) to Western countries.

As China seeks to position itself as the savior of the world during a pandemic of its own making, another report of defective Chinese medical products has surfaced. The Times on Monday cited Professor John Newton, director of Health Improvement at Public Health England, as saying that millions of antibody tests ordered by the UK from China were "not good enough to use."

Newton said that the purpose of the antibody tests was to verify if people who had previously been infected with a mild case of the virus had developed an immunity. The faster people with immunity are identified, the quicker they can return to work and school in order to help revive the paralyzed economy and society.

However, British officials have found that none of the Chinese-made tests met their requirements. The flawed test kits can only detect antibodies in those who had suffered a severe bout with the virus.

Newton told the newspaper that the Chinese tests only detect antibodies in patients who had a "very large viral load." Yet, British officials need the kits to be able to detect antibodies in persons who come from a wide spectrum of exposure to the disease, Newton said that the Chinese tests "are not good enough to be worth rolling out in very large scale."

He declared that the UK would no longer be purchasing these antibody tests from China as a result of the poor outcomes. Because the UK's National Health Service (NHS) is suffering a shortage in manpower as many fall ill from the virus or are under quarantine for suspected symptoms, such an antibody test is critical to enable more health care workers to quickly get back to battling the disease.

This latest shipment of faulty tests follow a pattern of substandard Chinese products being sold or "donated" to Western countries. China has so far sold these defective kits to the Czech Republic, Spain, and the Philippines, while substandard Chinese surgical masks have been exported to the Netherlands. Video footage has even surfaced of a Chinese worker rubbing his shoes on surgical masks for export.