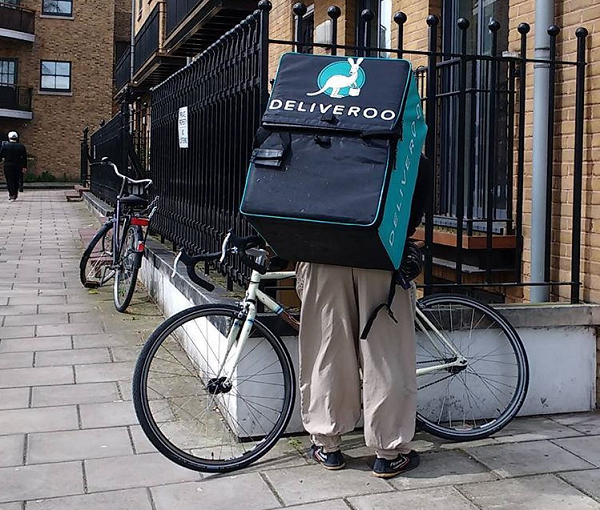 British online food delivery company Deliveroo announced Monday that it would cease its operations in Taiwan from 3 p.m., April 10, as it plans to relocate its corporate resources around the world.

In a statement, the company said it decided to withdraw from the Taiwan market because it wanted to concentrate on Europe, the Middle East and other parts of the Asia-Pacific region, but added that it would not rule out returning to Taiwan in the future. "The company has made sure to offer its nearly 1,500 food deliverers and staff appropriate compensation, which is better than what is required by law," Deliveroo stated.

If customers still have money in their Deliveroo accounts, they shall receive refunds in three to five business days after April 10, the company added.
The company was fined NT$500,000 (US$16,336) by the Directorate General of Highways (DGH) last October for not completing automobile transportation operators registration, in violation of the Highways Act.

At the time, the company was also ordered by the DGH to terminate its Taiwan operations after it conducted safety inspections of the food delivery platform.