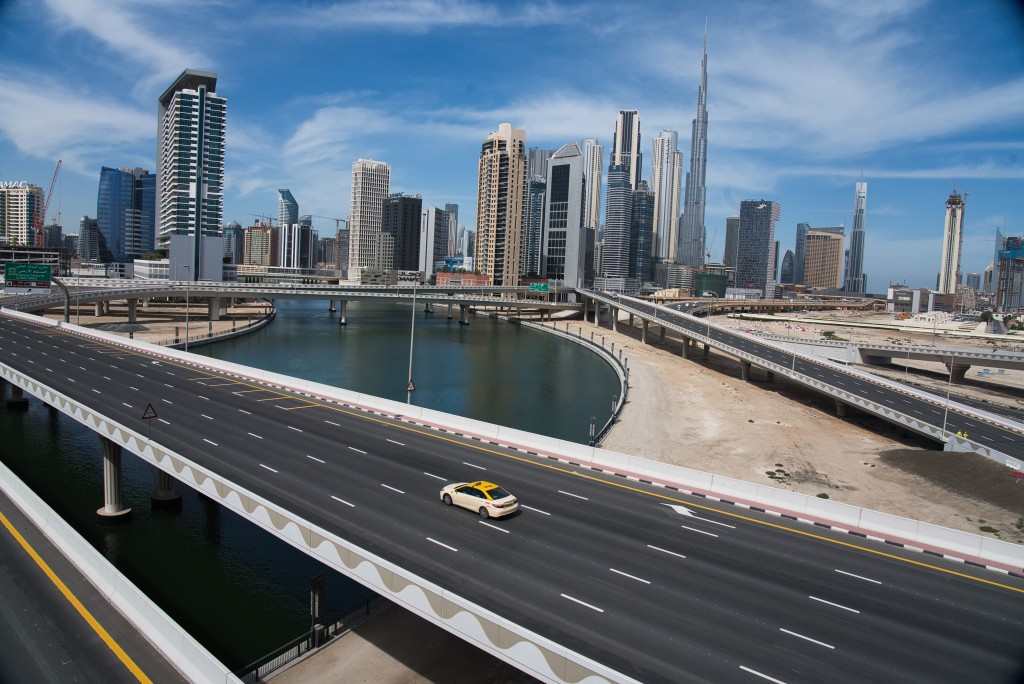 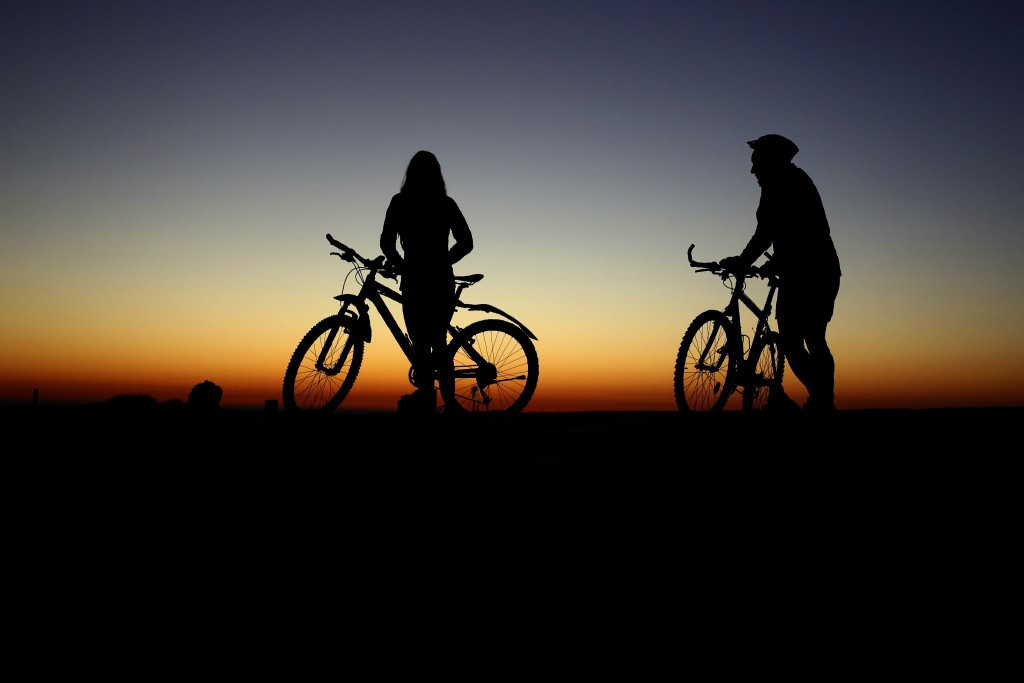 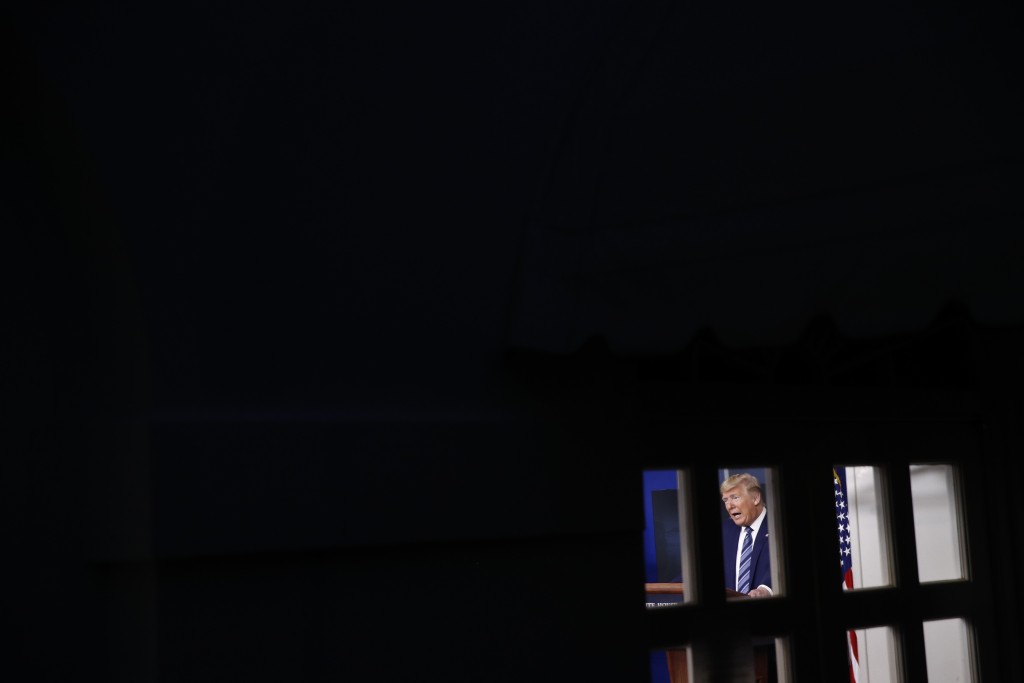 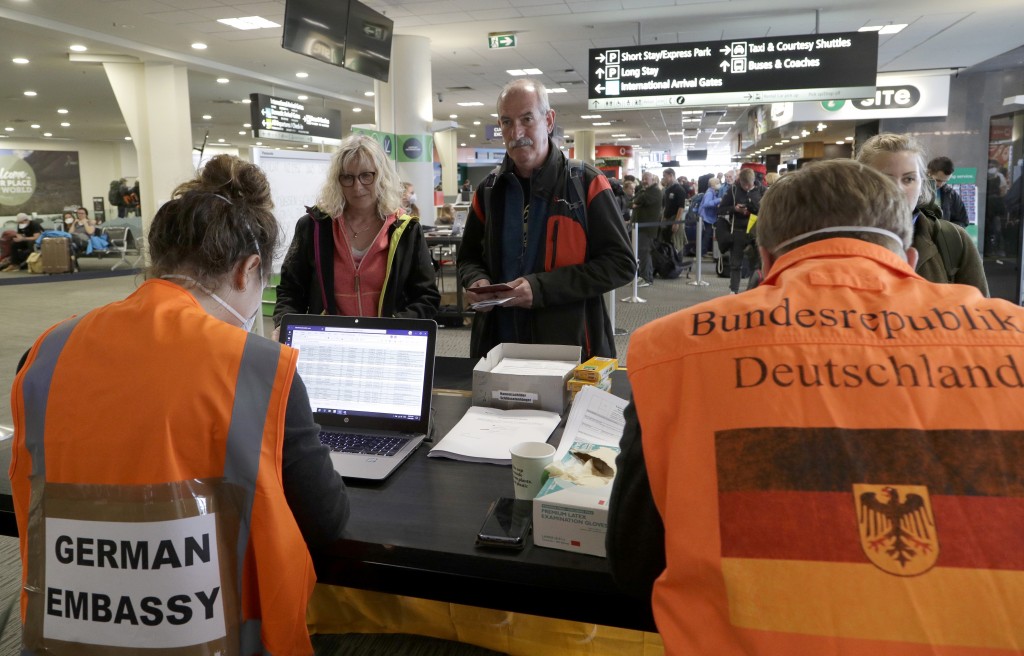 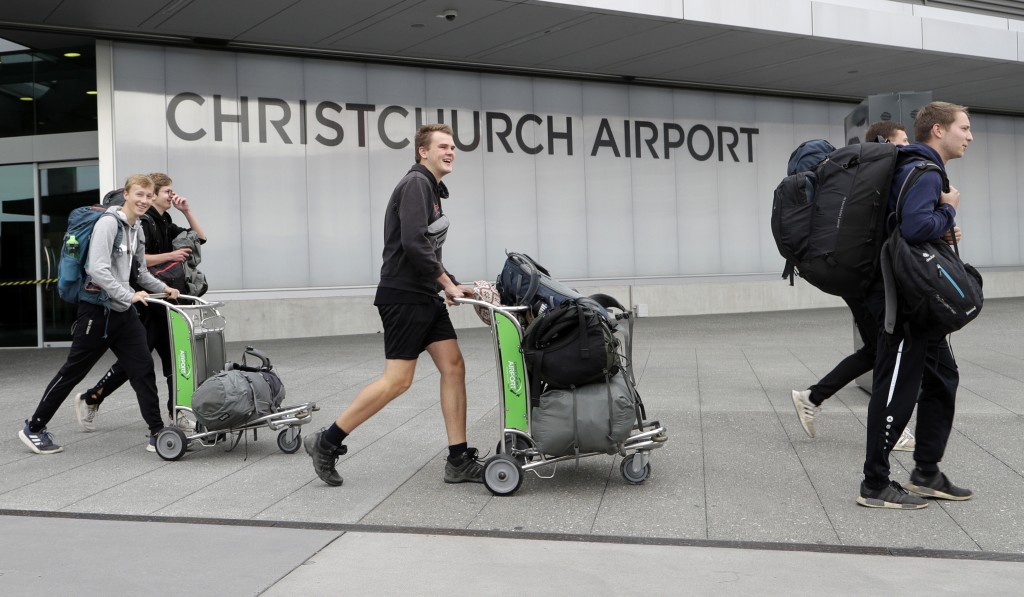 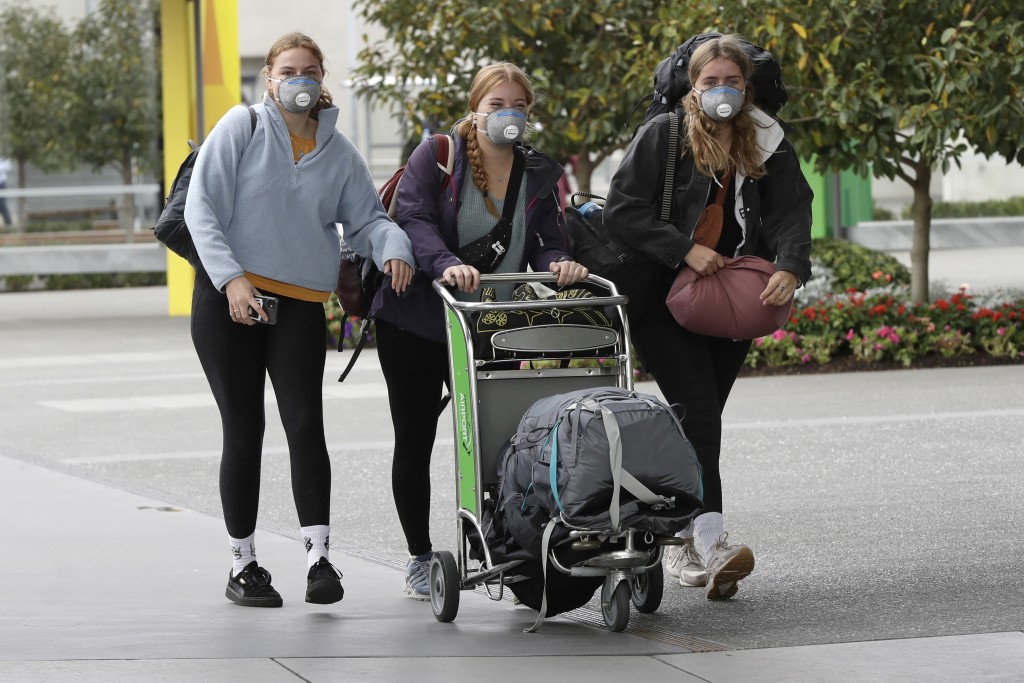 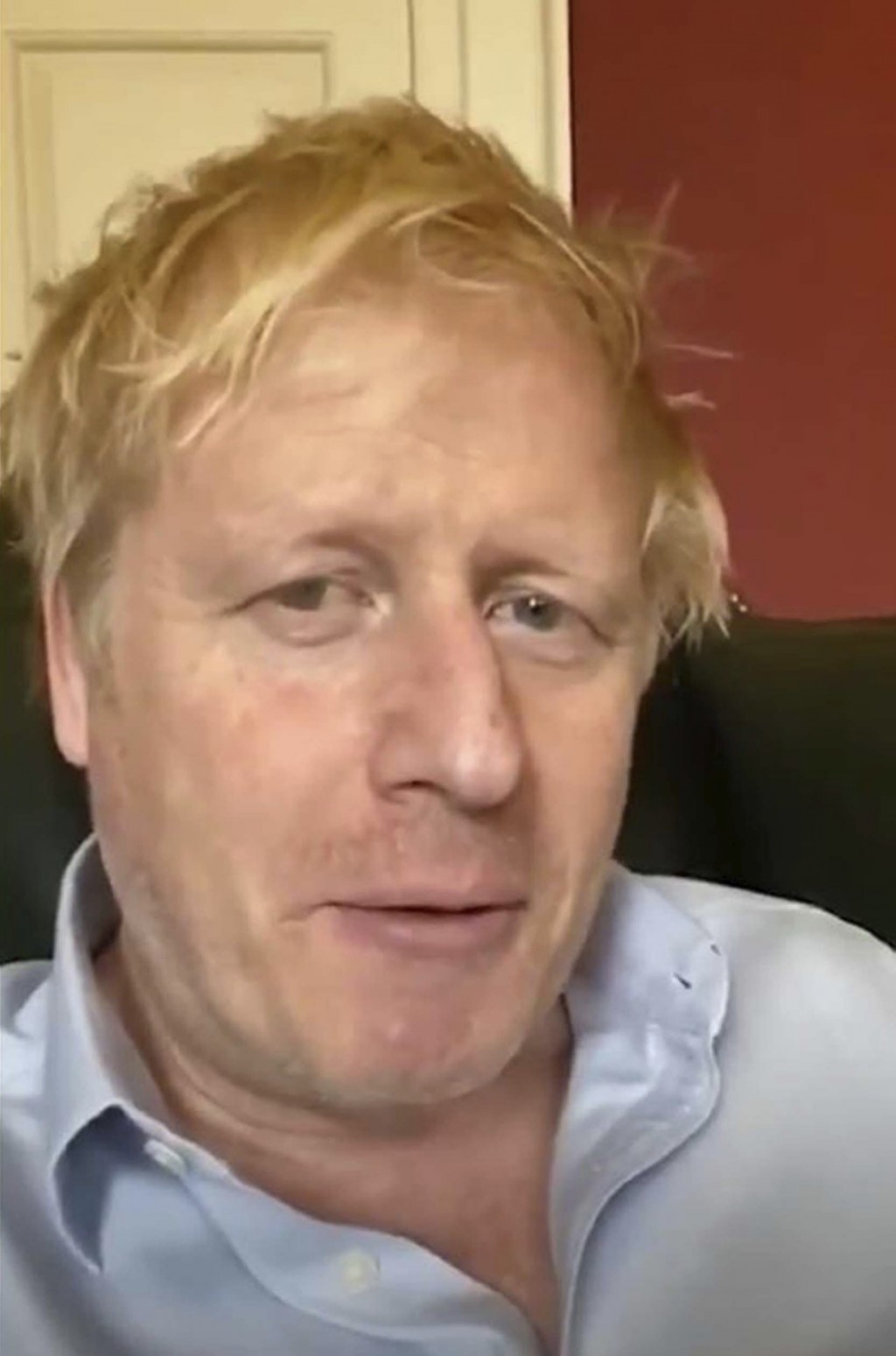 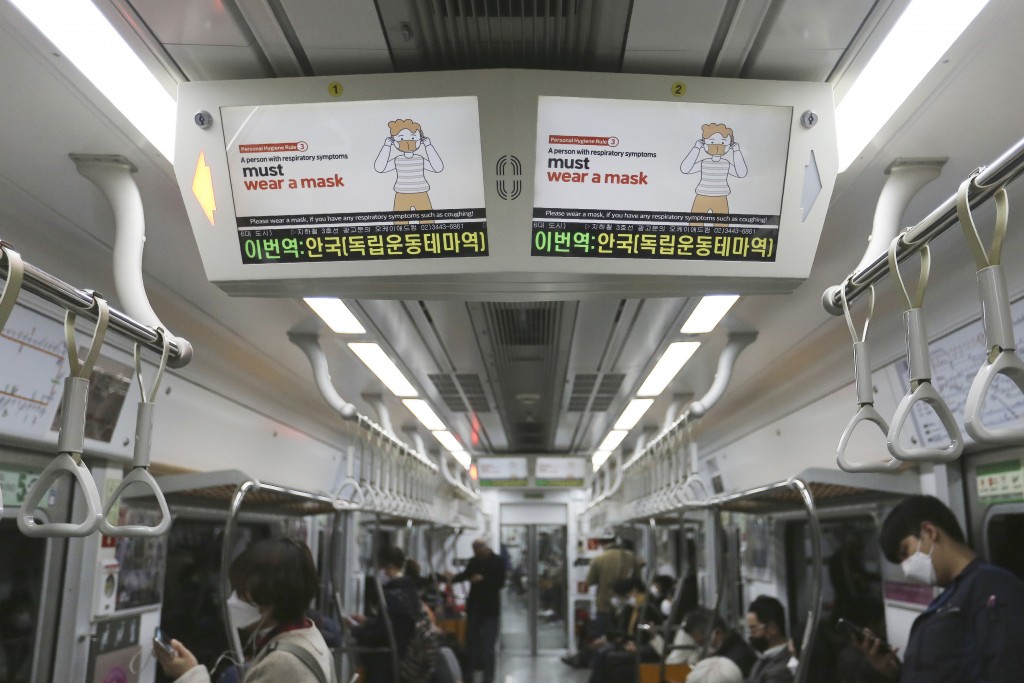 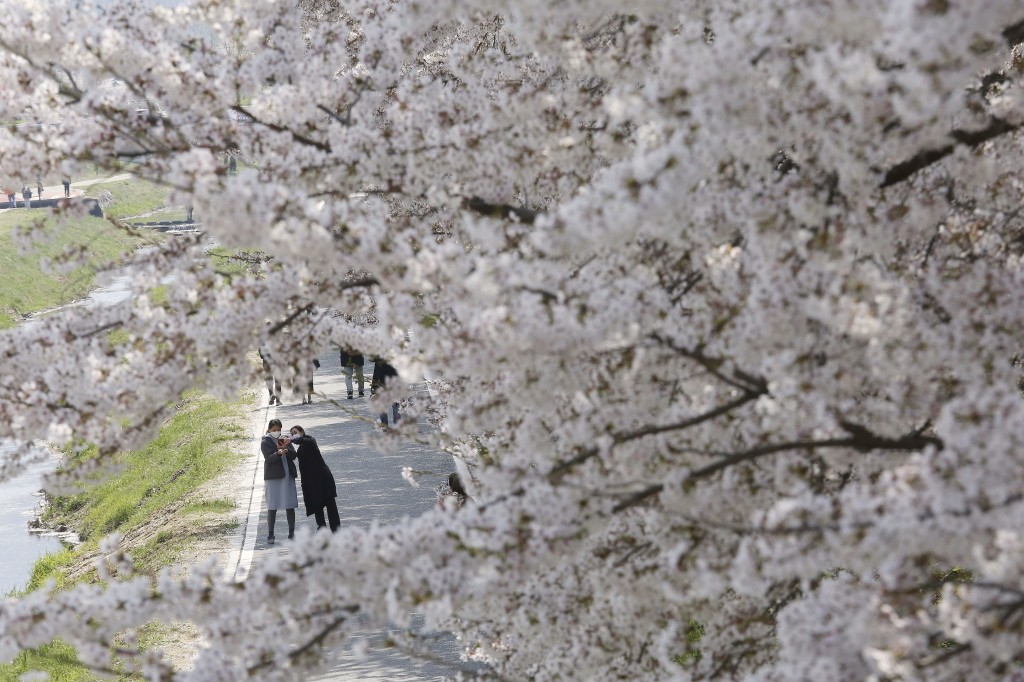 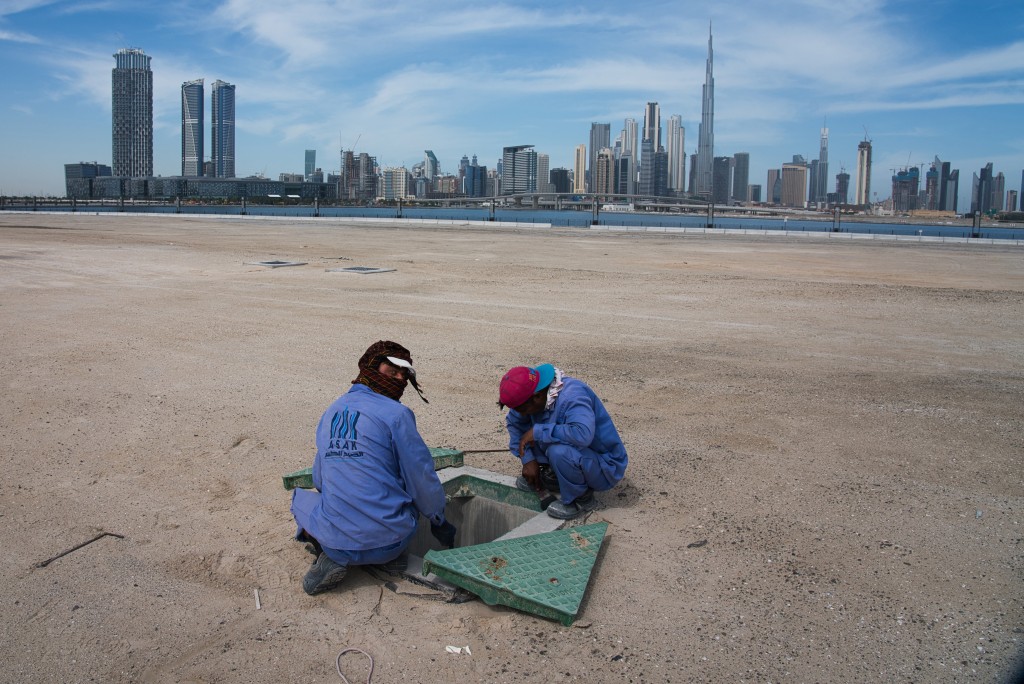 TOKYO (AP) — With more than 1.2 million people infected with the new coronavirus, the U.N. chief appealed for “peace at home” — all homes — out of concern that domestic violence was rising as the social and financial toll of the pandemic deepened.

U..S. officials warned of sad developments to come in the worst-hit country, where medical supplies were short and morgues were crowded. Japanese officials on Monday considered declaring a state of emergency. Infections are soaring in the country that has the world's third-largest economy and its oldest population.

The reported declaration would likely cover the sprawling megacity of Tokyo and other areas and would come a couple of weeks after the Summer Olympics were postponed until next year.

U.N. Secretary-General Antonio Guterres described “a horrifying global surge in domestic violence” in recent weeks. Following his call on March 23 for an immediate cease-fire in all armed conflicts, he said it was time to appeal for an end to all violence, “everywhere, now.”

“For many women and girls, the threat looms largest where they should be safest — in their own homes,” Gutteres said in his statement. “And so I make a new appeal today for peace at home — and in homes — around the world.”

He also noted that health care providers and police were overwhelmed and other options for helping victims were stretched or not available as communities cut back services during lockdowns to fight the pandemic.

“I urge all governments to make the prevention and redress of violence against women a key part of their national response plans for COVID-19,” Guterres said.

In Japan, reports say Prime Minister Shinzo Abe plans to declare an emergency in Tokyo and other cities Tuesday. His government is also expected to announce a 60 trillion yen ($550 billion) economic package to fund coronavirus measures and support businesses and jobs.

Japanese officials say they cannot enforce a hard lockdown as in China or parts of Europe. Most of the measures would be requests and instructions, and objectors would not be punished. But officials say allowing governors to issue legally-backed requests would put major psychological pressure on people to comply.

In the United States, the nation’s top doctor warned that many would face “the hardest and saddest week” of their lives while Britain assumed the unwelcome mantle of deadliest coronavirus hot spot in Europe after a record 24-hour jump in deaths that surpassed even hard-hit Italy’s.

British Prime Minister Boris Johnson was hospitalized for tests after continuing to have symptoms of COVID-19. Downing St. says the hospitalization is a “precautionary step” and he remains in charge of the government.

In many parts of Asia, there have been victories against the spread of the disease.

But on Monday South Korea’s vice health minister, Kim Gang-lip, expressed concerns over loosened attitudes toward social distancing that he says puts the country at potential risk of an infection “explosion.” The country reported 47 new cases of the coronavirus, the smallest daily jump since Feb. 20, but rising infections have been linked to international arrivals as students and other South Korean nationals flock back from the West as outbreaks worsened and school years were suspended.

Some hard-hit areas were seeing glimmers of hope — the number of people dying appeared to be slowing in New York City, Spain and Italy. Leaders cautioned, however, that any gains could easily be reversed if people did not continue to adhere to strict lockdowns.

But President Donald Trump later suggested the hard weeks ahead could foretell the turning of a corner. “We’re starting to see light at the end of the tunnel,” Trump said at an evening White House briefing.

In New York City, the U.S. epicenter of the pandemic, daily deaths dropped slightly, along with intensive care admissions and the number of patients who needed breathing tubes inserted, but New York state Gov. Andrew Cuomo warned it was “too early to tell” the significance of those numbers.

The outlook, however, was bleak in Britain, which reported more than 600 deaths Sunday, surpassing Italy’s increase. Italy still has, by far, the world’s highest coronavirus death toll — almost 16,000.

In a rare televised address, Queen Elizabeth II appealed to Britons to rise the occasion, while acknowledging enormous disruptions, grief and financial difficulties.

“I hope in the years to come, everyone will be able to take pride in how they responded to this challenge,” she said. “And those who come after us will say that the Britons of this generation were as strong as any.”

Worldwide, more than 1.2 million people have been confirmed infected and nearly 70,000 have died, according to Johns Hopkins University. The true numbers are certainly much higher, due to limited testing, different ways nations count the dead and deliberate under-reporting by some governments.

The vast majority of infected people recover from the virus, which is spread by microscopic droplets from coughs or sneezes. For most people, the virus causes mild to moderate symptoms such as fever and cough. But for some, especially older adults and those with existing health problems, it can cause pneumonia and death.

Follow AP news coverage of the coronavirus pandemic at http://apnews.com/VirusOutbreak and https://apnews.com/UnderstandingtheOutbreak