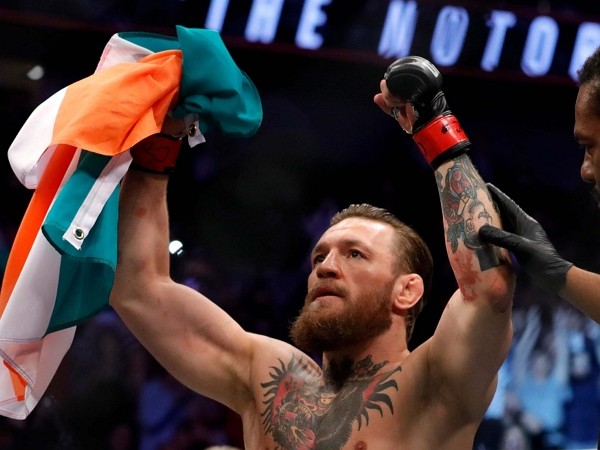 Following Friday's (April 3) reports that some personal protective equipment delivered from China was not fit for use by medical staff, the former Ultimate Fighting Championship (UFC) superstar took to Twitter to share his reaction. He exclaimed that it was "truly horrendous" that the Chinese government was not only providing defective medical supplies to Ireland but also "jacking [up]" the price of these items.

McGregor also criticized Irish politician Leo Varadkar for his plans to cooperate with China on coronavirus research. He urged Varadkar to withdraw the thanks he had previously offered to the Chinese government and said Ireland should produce its own medical equipment instead, reported Liberty Times.

The 31-year-old former UFC champion has been a vocal presence during the ongoing Wuhan coronavirus (COVID-19) pandemic and has posted inspirational videos to encourage all Irish to stay at home. He has also donated US$1.1 million to Irish hospitals in addition to US$1 million to a New York foundation that supports the families of frontline medical workers.

Truly horrendous. Not only are the prices being raised by these people on all our items. Masks, visors, gloves, ventilators, respirators, oxygen containers, screen monitors, you name it. All jacked in price. The batches coming in are now of no use!
Ludicrously inhumane behaviour. https://t.co/vWafczzEKA

Take back this thank you and offer of assistance, this instant!
It is barbaric what has been done here. All the way throughout this pandemic. Barbaric! #FlattenTheirNose https://t.co/rUvehC916w