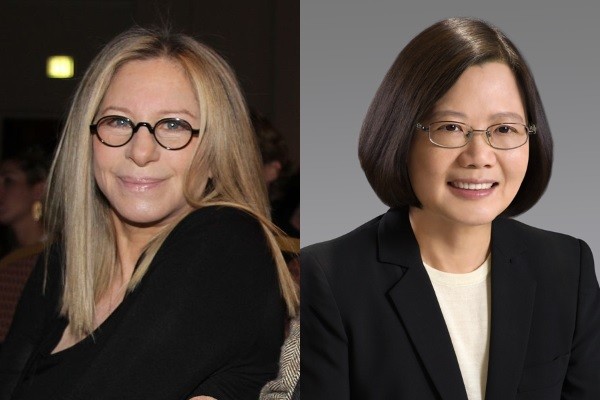 In a tweet posted on Sunday, Streisand wrote that despite its close proximity to China and frequent flights from Wuhan, Taiwan has managed to "stave off the worst" of the COVID-19 pandemic. She pointed out that as of that day, Taiwan had only 350 confirmed cases and five deaths, and that most schools and businesses remained open.

In a follow-up tweet below, Streisand cited Dr. Jason Wang, the former project manager for Taiwan’s National Health Insurance Reform Task-force, as saying that Taiwan was able to accomplish this through "aggressive action."

She then posted a video interview of Wang in which he stated that as early as Jan. 1, Taiwan had sent the Centers for Disease Control (CDC) personnel to check symptoms and signs of passengers arriving from Wuhan. He added that Taiwan then stopped all flights from Wuhan and Level 3 alert areas, and those who had already arrived from those areas were told to undergo 14 days of quarantine.

Taiwan, despite being just 100 miles from mainland China with regular flights to and from Wuhan, has successfully staved off the worst of the coronavirus pandemic. The country has so far seen five deaths and just under 350 confirmed cases, and most schools and businesses remain

Later that day, Taiwan President Tsai Ing-wen (蔡英文) released a tweet in which she said it was "encouraging" that Streisand had voiced support for Taiwan's "proactive approach" to battling the outbreak. She added that the country was "more than willing to share" its experiences in containing the disease with the world.

It’s encouraging to have one of the world’s most distinctive voices speak up in support for Taiwan’s proactive approach to fighting the #COVID19 outbreak. We are more than willing to share our experiences with friends around the world as well. #TaiwanCanHelp https://t.co/hOLt2IPYeT

One hour later, Taiwan's Ministry of Foreign Affairs also released a tweet stating that Taiwan was "flattered" by Streisand's praise of the country's work to contain the virus. It then cited her 1976 film "A Star is Born" in saying that the "sky's the limit when like-minded partners come together & inspire one another to greater heights."

We're flattered by @BarbraStreisand's praise for #Taiwan & its #Coronavirus-fighting capabilities. Like the essence of her 1976 classic "A Star is Born," the sky's the limit when like-minded partners come together & inspire one another to greater heights. Yes! #TaiwanCanHelp https://t.co/HKFmJvvVMJ