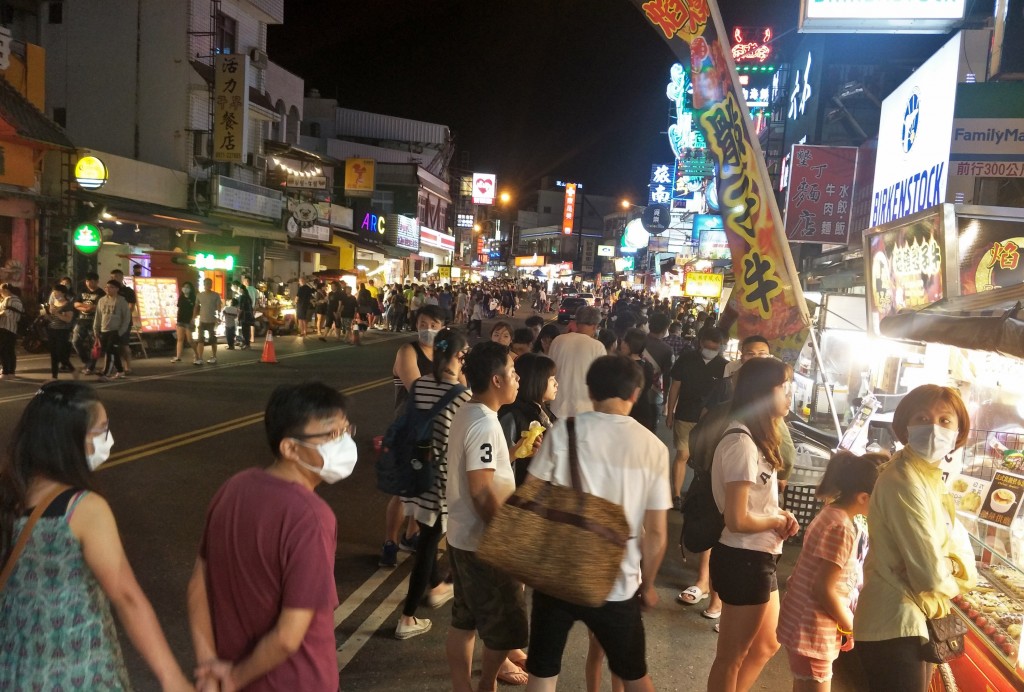 The Environmental Protection Administration (EPA) on Sunday (April 5) said it conducted disinfection operations at most of the country's major tourist spots earlier in the day and will do so at the remaining sites, and Taipei Main Station later the same day as a preventive measure to avoid a potential Wuhan coronavirus (COVID-19) spike following the 4-day Tomb Sweeping Festival break.

The EPA said as most vacationers returned home from tourist hot spots early Sunday, it has asked local disinfection teams to clean a number of widely visited attractions during the 4-day break. The locations disinfected on Sunday morning included the main street of Kenting and other areas in southeastern Pingtung County's Hengchun Peninsula, which is famous for beaches and water sports.

Other sites included Beigang Chaotian Temple in southern Yunlin County; Alishan National Scenery Area in southern Chiayi County; Dongdamen Tourist Night Market in eastern Hualien County; Wusanto Reservoir in southern Tainan City, as well as Xingda Fishing Port in the southern city of Kaohsiung, among others, according to the EPA.

Those that have not been disinfected as of Sunday morning will be disinfected on Sunday afternoon, including Guanziling Hot Spring and Hutoupi Scenic Area in Tainan, the EPA said in a press release.

The EPA said as many of those who visited nationwide attractions live in northern Taiwan, local authorities will also conduct disinfecting operations at Taipei Main Station, a transportation hub in northern part of the country. Other widely-visited places in Taipei including shopping districts such as Yongkang Street and Ximending will be sterilized as well, it added.

According to briefings by local authorities, over the 4-day holiday, cleanings were conducted at a total of 863 locations nationwide, including 205 transportation hubs, 240 crowded areas,and around schools, according to the EPA.

The EPA said local governments established their own disinfection teams on March 25 to conduct outdoor sterilization to combat the coronavirus. The EPA's statements were made a day after the nation's Central Epidemic Command Center (CECC) on Saturday issued national-level alerts to major tourist spots in Taiwan amid the 4-day break, after many vacationers were seen not adhering to proper coronavirus prevention guidelines.

In a press release, the CECC said two text messages were sent through the Public Warning System (PWS) at 11:55 a.m., reminding vacationers to avoid crowded places and keep a proper distance from each other.

The two messages were rated as "national-level" alerts, which indicates the public in a wide range of areas faces an immediate threat of disaster or danger.
One of the texts was intended for those visiting tourist attractions, mostly in central, southern and western part of the island nation.

In response, Pingtung County government dispatched police officers to promote social distancing and mask-wearing on Kenting Main Street at nights during the four-day long break, the county said in a press release on Sunday. Spot checks were also established where police officers conducted forehead temperature checks on travelers, it noted.

Meanwhile, the county's Environmental Protection Bureau Chief Yen Hsing-yuan (顏幸苑) said disinfection operations were conducted in Kenting last Thursday, the first day of the 4-day vacation. Another round of disinfection was conducted in the Kenting area and major attractions in Hengchun Township from 6-10 a.m.on Sunday, Yen said.