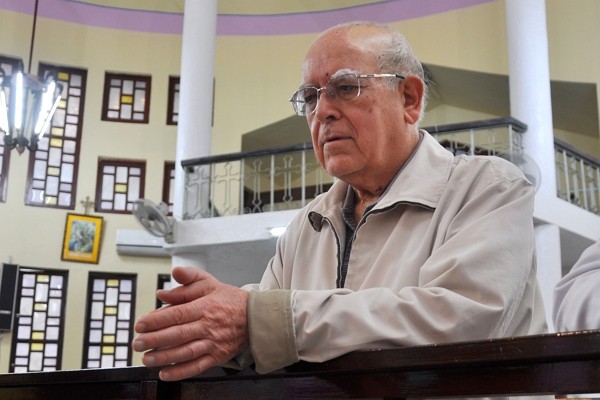 Taiwanese have donated more than NT$6 million (US$198,348) to fight the COVID-19 coronavirus outbreak in Italy, following an appeal for help on Wednesday (April 1) by an Italian priest who has worked for more than 50 years building healthcare services in rural Taiwan.

Father Giuseppe Didone (呂若瑟) issued a public letter Wednesday asking for donations to be made to the fundraising center of Camillian Saint Mary's Hospital Luodong, which will be used to purchase emergency provisions including surgical face masks and protective gowns for medical personnel in Italy.

While state-funded hospitals in Italy are mostly adequately supplied, many smaller local clinics are suffering from massive shortages of masks, ventilators, protective gowns and medications, Didone said in an interview Thursday, describing epidemic response efforts in the country, which has reported 120,000 cases and a world-leading 14,681 deaths from the disease, as of Saturday (April 4).

To date, the hospital said it has received more than NT$6 million in donations, with a week and a half remaining until its fundraising deadline on April 15.

Because of current government restrictions on the purchase and export of medical supplies, the Camillian Order, which operates the hospital, said it is seeking permission from Taiwan's government to purchase the supplies locally and ship them to Italy.

If that fails, the Order said it would consider trying to purchase the products abroad.

Didone, who first came to Taiwan in 1965, established special care centers for intellectually disabled people in Penghu and Yilan counties, and now serves at the Camillian Saint Mary's Hospital in Yilan's Luodong Township.

In 2017, Didone and his late brother Antonio were among six members of the Camillian Order to receive Taiwanese citizenship, in recognition of their contributions to Taiwanese society.