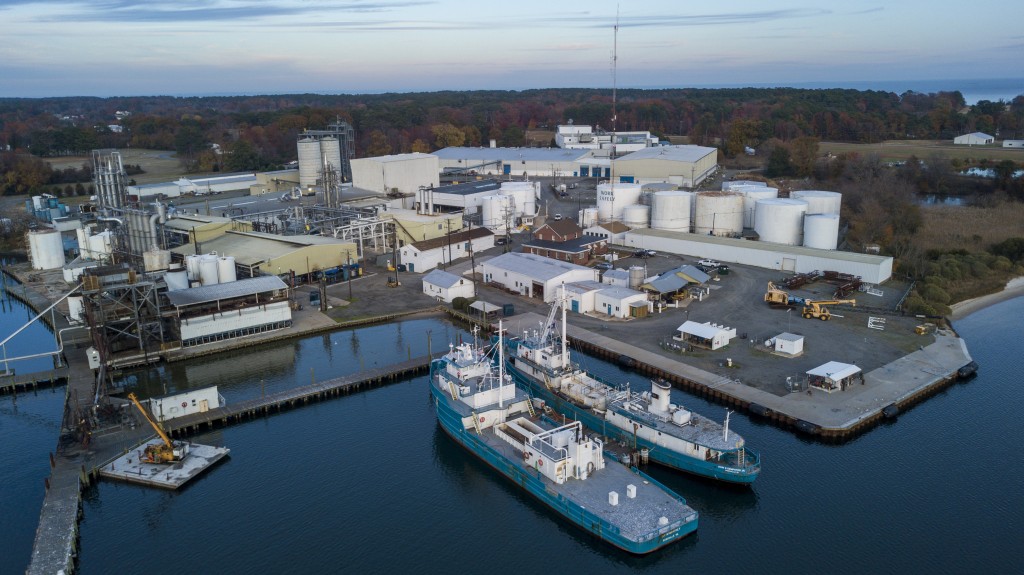 NORFOLK, Va. (AP) — A company that makes fish-oil supplements will keep its certification for sustainable fishing despite defiance of catch limits in the Chesapeake Bay.

The Marine Stewardship Council’s sustainability marker is prominently displayed on seafood packages in grocery stores. It means a company catches fish from a healthy population and leaves little impact on the food chain, among other factors.

Maintaining the designation is a victory for Omega Protein. But it stokes an ongoing debate over labels that boast environmental responsibility. The Chesapeake Bay Foundation said the development is “a serious black eye" for the certification.

The decision to continue Omega's certification came from SAI Global, an independent auditor for the Marine Stewardship Council.

In a March 21 report, SAI Global said the bay harvest cap is precautionary and not explicitly science-based. The report added “there is no firm evidence" that Omega Protein impacted the species' sustainability.

The company harvests Atlantic menhaden, a small fish it pulverizes into oils and powders rich with omega-3 fatty acids. It's used in anything from fish-oil pills to farm-raised salmon feed. The certification is often required by companies that use the fish.

Omega Protein said in a statement that its certification is based on the Marine Stewardship Council's high standards and was approved by an independent auditor with "no connection to the fishery.”

The harvest cap that Omega Protein defied was set by the Atlantic States Marine Fisheries Commission. It says the limit is a needed to protect striped bass, humpback whales and other animals that eat menhaden.

The U.S. Commerce Department backed up the commission’s concerns and threatened a moratorium later this year if Virginia doesn't make the harvest cap law.

Subsequently, Virginia has taken steps to change the law. And the company has said it will abide by the limit moving forward.

Marine Stewardship Council spokeswoman Jackie Marks said Omega Protein has not systematically exceeded the harvest cap and is working on “correcting the issue.”

But Chris Moore, a Chesapeake Bay Foundation scientist, said certification is “unfathomable” because it requires compliance with laws and standards.

“This tells the public that a fishery can blatantly violate MSC’s core principles and yet still remain certified,” he said.

The Nature Conservancy expressed similar concerns. But it also said sustainability labels help consumers to make better choices and allow companies to charge a premium to recoup costs of being environmentally responsible. The Nature Conservancy's Jay Odell described such certifications as “forces for good.”