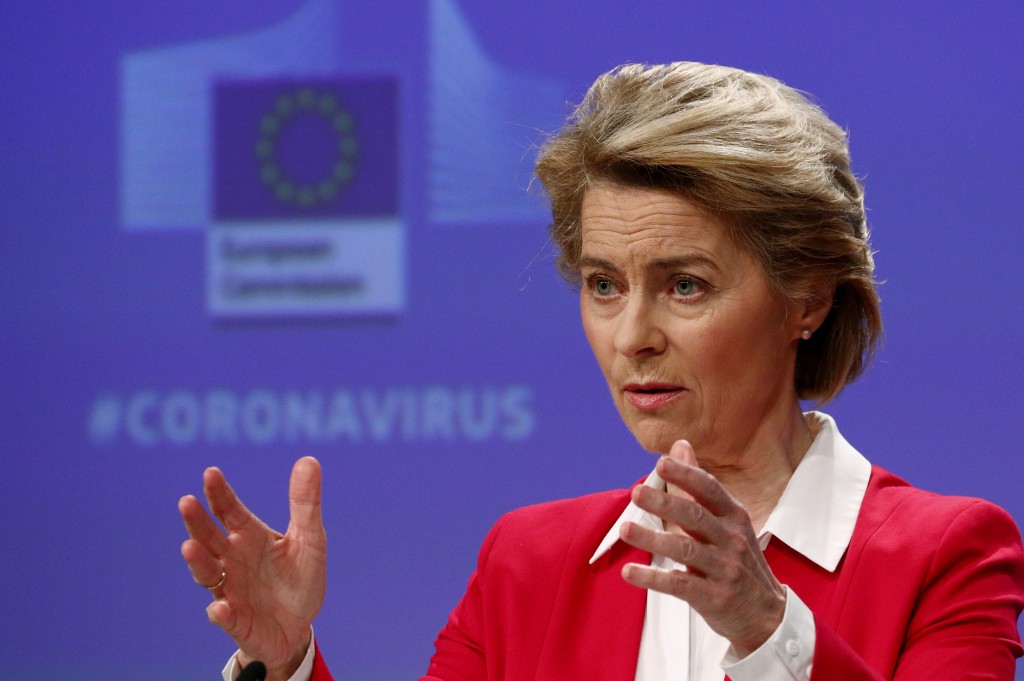 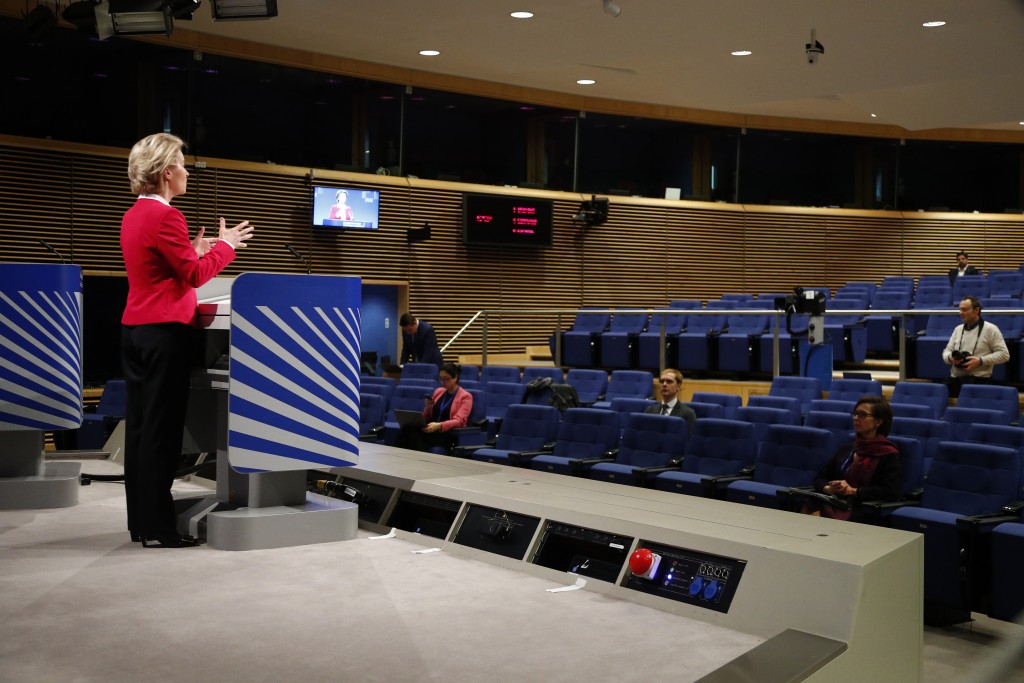 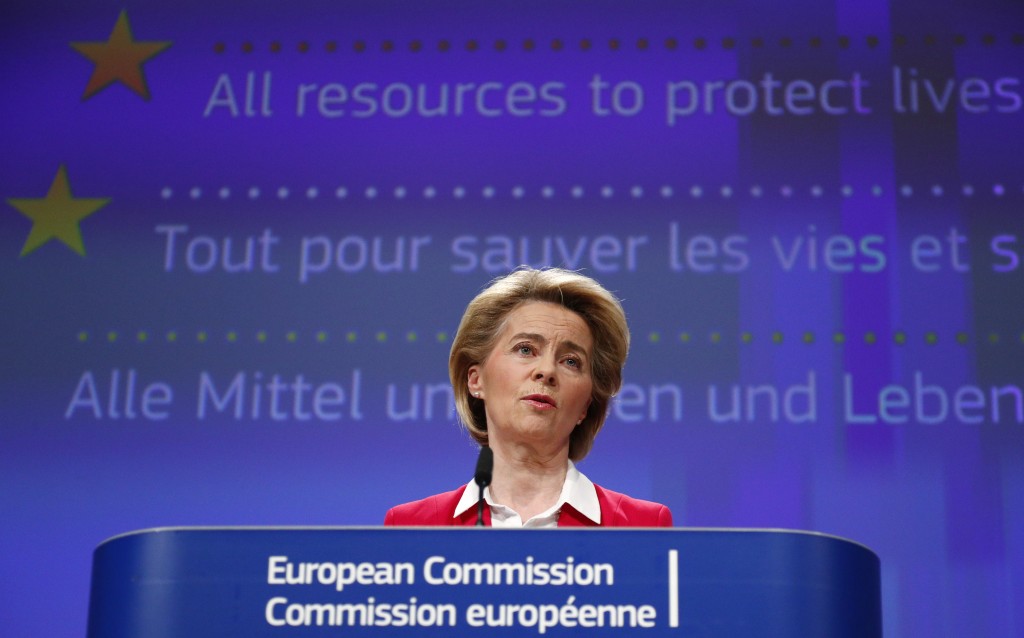 BRUSSELS (AP) — As the new coronavirus spreads across Europe, ravaging economies and killing thousands, governments and the European Union are focusing much of their economic rescue efforts on containing a boom in joblessness, particularly by helping companies not fire workers.

By one count, at least one million Europeans lost their jobs over the past two weeks as the continent entered a lockdown, with schools, businesses and social gatherings shut down, effectively freezing large parts of the economy.

While the rise in unemployment is devastating and is likely to turn out higher than that, it is still far below that of the U.S., where nearly 10 million people applied for jobless benefits in two weeks. The contrast highlights Europe's greater social safety nets, in particular schemes where governments help companies put workers on shorter hours instead of firing them - in the hope of bringing them back quickly once the pandemic fades.

“In this coronavirus crisis, only the strongest of responses will do," European Commission President Ursula von der Leyen said Thursday as she unveiled a 100 billion-euro ($110 billion) EU plan to help companies to not fire employees.

“With a new solidarity instrument, we will mobilise 100 billion euros to keep people in jobs and businesses running. With this, we are joining forces with member states to save lives and protect livelihoods."

Even before lockdown measures were extended across almost all of Europe, the economy was expected to fall into recession because of the virus. To weather the downturn, governments have unveiled trillions of euros in credit for companies and aid for small businesses and families, including cash handouts. The EU commission, its executive body, made available 37 billion euros from the EU budget and the European Central Bank said it will buy as much as 750 billion euros in financial assets to calm markets.

With her new lending tool, Von der Leyen wants to ensure skilled workers are kept by their companies until “the moment the economy picks up again."

It would help fund schemes that have already been put in place in many countries to avoid layoffs.

According to the European Trade Union Confederation, some 18 EU countries as well as Norway and the U.K. have already introduced jobs-protecting measures.

France is spending 11 billion euros on a scheme to keep people in partial employment. Germany has a program that fills in lost wages when companies must put workers on shorter hours due to an interruption that is temporary and beyond their control, which can be up to 100% of their work time. The program pays 60% of employees' lost net pay, and 67% for those with children.

Many companies have labor agreements under which they can bring workers even closer to full salary. The German scheme helped limit unemployment in the 2009 recession, when companies put some 1.5 million workers in the program. About 2.35 million workers are expected to make use of it during the current crisis.

The idea is to preserve the employment relationship so that companies can immediately resume full operations when trouble passes without having to recruit and train new staff. It also helps keep other businesses afloat across the economy since the workers still have money to spend in shops.

In Europe, Spain and Italy have been the hardest hit by the outbreak of the virus, which has killed more than 33,000 people in the region, though most people only suffer moderate symptoms. They are also suffering some of the biggest economic damage.

Nearly 900,000 workers lost their jobs in Spain since authorities ordered people to stay home to slow down the spread of the virus, which has killed more than 33,000 people in Europe. The job loss was higher than in January 2009, when 350,000 workers were laid off as the global financial crisis hit the southern European country.

In Italy, social security agency computers crashed on the first day individuals could apply for aid to cover lost income due to the coronavirus, with up to 300 requests coming in every second at the peak on Tuesday. Some 18 million Italians are eligible for short-term unemployment schemes, or a payment of 600 euros in March. The monthly handout is expected to be raised to 800 euros in April, as the government has extended the lockdown through at least April 13. The aid in Italy is even being offered to sectors not usually covered, including the self-employed and seasonal workers.

In Britain, the number of people applying to claim welfare benefits increased nearly tenfold to almost one million in the past couple of weeks. Economists think that the unemployment rate of 3.9% could double.

The International Labour Organization last month estimated that nearly 25 billion jobs could be lost globally as a result of the pandemic, though that figure is likely to be revised up.

David McHugh in Frankfurt, Carlo Piovano, Pan Pylas and Danica Kirka in London, Sylvie Corbet in Paris, and Colleen Barry in Rome contributed to this report.