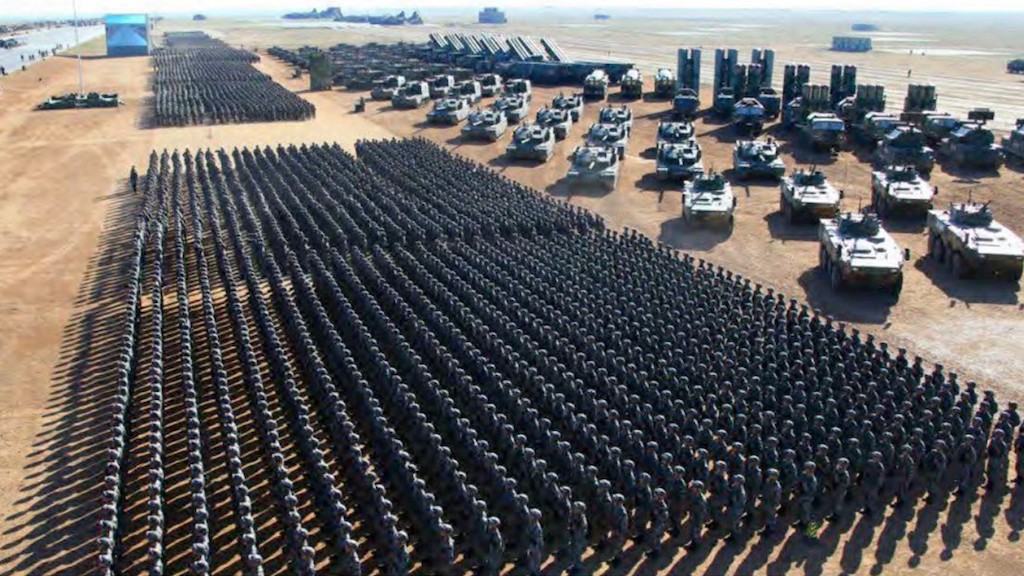 KAOHSIUNG (Taiwan News) – The Wuhan coronavirus (COVID-19) crisis that the Chinese Communist Party (CCP) has brought on the world is quite understandably dominating headlines and affecting most people globally right now.

In the current climate, it is easy to forget that other things are continuing to happen.

While the Wuhan coronavirus death toll continues to mount, people are still dying of other causes too. Most other threats have not diminished despite the pandemic posing a massive threat to the global economy and the national security of many countries.

For Taiwan, which has a huge and hostile totalitarian superpower just across the water, it is most important remember this fact.

The status quo between communist China and Taiwan has developed on the basis of a number of universally accepted norms. Perhaps the most crucial one has been the recognition in China that any attempts to invade Taiwan would provoke a strong reaction from the United States and other Western countries.

Under the administrations of Presidents Tsai Ing-wen (蔡英文) and Donald Trump, relations between the U.S. and Taiwan have grown stronger than ever, with a number of pieces of legislation in the U.S. firming up their support for Taiwan.

However, all of that changes in the context of the Wuhan coronavirus crisis. The U.S. is now in the grip of a full-blown national crisis, and its full attention in the coming weeks and months will be to try and minimize both the economic impact and the death toll of the coronavirus outbreak at home.

That shift could potentially have huge national security implications for Taiwan. With the U.S. paralyzed by the pandemic, the question of whether it would come to Taiwan’s aid should China attack is even more open to debate.

Of course, China is also still dealing with the Wuhan coronavirus outbreak at home. While its official data suggests the virus is now well under control, everyone knows that the reality is very different and the number of cases and deaths in the country is almost certainly still spiraling out of control.

What we have to remember is that the loss of innocent human life means nothing to an authoritarian regime that has been responsible for the slaughter of millions. Far more important, is the CCP’s continued grip on power and the pursuit of its own strategic geopolitical objectives.

This is why the Wuhan coronavirus outbreak hasn’t stopped the CCP from continuing to flex its muscles in Taiwan’s direction. PLA (People’s Liberation Army) military aircraft have continued to approach Taiwanese airspace throughout the pandemic and the CCP’s continuation of provocative rhetoric clearly indicates that Taiwan is still very much in their thoughts.

On March 19, Taiwan’s Minister of National Defense Yen De-fa (嚴德發) warned of the increased threat China posed to Taiwan during this period. He was absolutely right to do so.

It would be naïve to think that the CCP would not take advantage of the current situation to push forward its own political objectives. One of these key objectives is the annexation of Taiwan.

The Wuhan coronavirus outbreak could potentially be an ideal window of opportunity for this.

The focus of the world is elsewhere, and while an invasion of Taiwan would definitely attract international attention, interest would quickly wane as attention returned to the impact of coronavirus domestically and internationally. Look at how quickly the international community forgot about the Russian annexation of Ukraine’s Crimean Peninsula.

Then there is the likely impact of China’s international standing. The CCP’s global reputation is already in the gutter following its chronic mishandling of the Wuhan coronavirus outbreak.

Senior political figures in the UK, U.S., and beyond are already openly talking about consequences, and these are most likely to take the form of economic penalties and sanctions.

Given these circumstances, what does China have to lose by invading Taiwan? Their standing in the world couldn’t get much lowe r— and let’s be honest — Russia hasn’t faced any serious consequences beyond economic sanctions for its annexation of Crimea.

We are caught in a perfect storm that is entirely of the CCP’s own making, and knowingly or otherwise, it has created near-ideal circumstances for a Taiwan invasion.

Of course, Taiwan is aware of the increased threat, and there is plenty to suggest that its military is stepping up preparation. However, there is only so much Taiwan can do on its own.

If the CCP were to throw the full might of the PLA at Taiwan right now, and the international community didn’t come to our aid, it is likely that the island nation would not be able to hold out for long.

It is clear that this is an immensely dangerous time, and Taiwan is rightly engaging with the world and offering support to democratic allies in Europe and North America to raise its profile and highlight shared values.

Nevertheless, the current crisis has seen a rapid narrowing of our globalized world. It is very much a case of each country for itself right now, and for Taiwan, that could spell trouble in the coming months.

Taiwan has to be more watchful of threats in its own backyard too. And unlike most other nations around the world, the risks for Taiwan go far beyond those posed by the coronavirus.