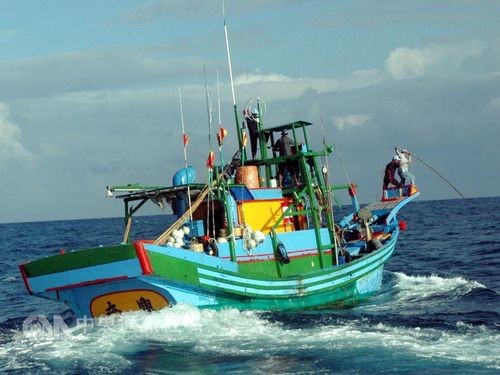 Crews on deep-sea fishing boats that have anchored in other countries or engaged in improper interactions during the COVID-19 pandemic will be subject to 14-day quarantine on their vessel when they return to Taiwan, effective immediately, according to a government official.

Deep-sea fishing vessels are targeted because they spend more time operating in oceans far from Taiwan, while tuna fishing boats have been included because a large number of Taiwanese ships are engaged in the trade at a time when tuna fishing peak season is approaching.

Vessels that belong to these two categories that did not visit ports in other countries, did not interact with other ships or ship catch for other fishing vessels, those that did not change their crew and were not inspected by foreign officials in the 30 days before their return to Taiwan are excluded from the quarantine measure, Chang said.

Crew members working on fishing ships that meet the above requirements will be allowed to enter the country as long as they do not have a fever, cough or other symptoms, after being examined, he explained.

As the Fishery Agency traces the route of all fishing boats operating on the high seas round the clock, it can determine whether vessels anchor in other countries or engage in any of the listed interactions amid the wide-ranging COVID-19 crisis,an FA official said.

According to FA statistics, 9,680 migrant workers are employed on board Taiwanese fishing vessels, a level similar to past years. A total of 7,526 are from Indonesia, 1,436 from the Philippines, 690 from Vietnam and 28 from Thailand, the tallies showed.