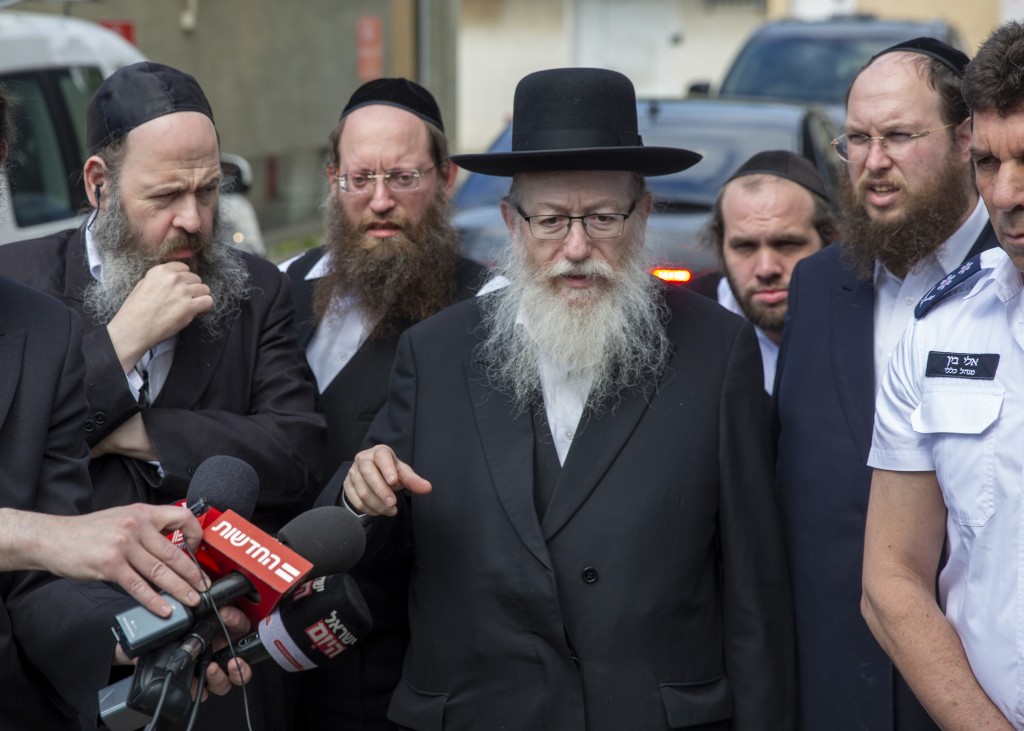 CANBERRA, Australia — Australia’s government will offer parents free child care from next week in a bid to keep 13,000 child care centers open during the coronavirus pandemic and to prevent workers staying home to look after children.

The government insists that the children remain safer in schools than they are outside, despite some experts disagreeing. Morrison does not want parents forced to give up jobs to care for children.

Morrison told reporters: “If you have a job in this economy, it’s an essential job.”

WELLINGTON, New Zealand -- New Zealand's government says it has a plan to repatriate tens of thousands of tourists who have been stuck in the country since a strict lockdown began a week ago.

The tourists are from Britain, Germany, the U.S. and many other countries. Many had been unable to catch restricted internal flights to the main city of Auckland to get a seat on one of the few international flights that are still operating.

Foreign Minister Winston Peters said Thursday that the tourists will now be allowed to catch internal flights, that foreign governments will be able to organize charter flights to New Zealand to repatriate citizens so long as they satisfy health conditions, and that Qatar Airways flights from New Zealand to Europe will increase from one to two per day.

JERUSALEM — Israel's health minister, who has had frequent contact in recent weeks with Prime Minister Netanyahu and other top officials, was diagnosed with the new coronavirus, the Health Ministry announced Thursday.

Yaakov Litzman and his wife, who also has the virus, are in isolation, feel well and are being treated, the statement said. Requests to enter isolation will be sent to those who came in contact with the minister in the past two weeks, the announcement said.

The Israeli daily Haaretz reported that the head of Israel's Mossad spy agency and the National Security Council were asked to go into isolation because of their contacts with Litzman. Netanyahu had gone into isolation previously after a top aide tested positive for the virus.

Israel has gone into near lockdown to try to contain the virus outbreak.

Israel's large, insular Ultra-Orthodox community, of which Litzman is a member, has been particularly hard hit by infections. In the early phases of the outbreak, some rabbis had pushed back or ignored government-mandated movement restrictions, but resistance appears to have diminished.

Israel has reported just over 6,000 confirmed cases of coronavirus, and 26 people have died.

BEIJING — China says a chartered flight is currently bound for London to pick up a group of Chinese international students who have struggled to return home as COVID-19 spreads around the world.

At a press briefing Thursday, Chinese officials said similar flights were organized in March to evacuate 1,457 Chinese citizens, including students, from countries such as Iran and Italy.

But the officials also said they hoped students could limit their travels.

“Based on the recommendations of the WHO and epidemic prevention experts, we hope that students abroad will do their best to reduce movement and avoid cross-infection,” Deputy Education Minister Tian Xuejun said at the briefing.

The Chinese government says it has given out “health packages” with more than 11 million masks and 500,000 disinfecting products to Chinese students in hard-hit countries.

As its domestic COVID-19 cases have dwindled, China has sought to curb imported infections, which now make up the bulk of its reported new cases.

SEOUL, South Korea -- South Korea says 158 short-term visitors have been isolated in designated facilities a day after it began enforcing two-week quarantines on all passengers arriving from overseas to stem a rise in imported coronavirus infections.

Vice Health Minister Kim Gang-lip on Thursday also said 224 South Korean nationals and 11 foreigners remained at the airport awaiting the results of virus tests after they exhibited symptoms upon arrival on Wednesday.

The Justice Ministry says authorities blocked eight foreign travelers from entering the country after they refused to accept the quarantines.

South Korea’s Centers for Disease Control and Prevention says at least 601 of the country’s 9,976 coronavirus infections were linked to recent arrivals, with most of the cases detected over the past three weeks.

UNITED NATIONS — Tunisia has proposed a U.N. Security Council resolution that would call the coronavirus pandemic “a threat to humanity and to international peace and security” and call for an immediate global humanitarian cease-fire to respond to “the unprecedented threat posed by COVID-19.”

The U.N.’s most powerful body has not addressed the pandemic sweeping the globe, but Dominican Republic Ambassador Jose Singer, the current council president, said Wednesday he expects members to meet on COVID-10 “for sure next week, or before.” Secretary-General Antonio Guterres is expected to brief the council at the request of Germany’s U.N. Ambassador Christoph Heusgen, diplomats said.

The draft resolution, which diplomats said has support from the 10 non-permanent council members, stresses the importance of “urgent international action to curb the impact of COVID-19.” It underscores “that combating this pandemic requires greater international cooperation and solidarity, and a coordinated, comprehensive and global international response under the leadership of the United Nations.”

The Security Council has twice previously addressed public health emergencies, first the HIV/AIDS pandemic and second the swiftly spreading Ebola outbreak in West Africa in 2014 which it called a threat to international peace and security.

The U.N. General Assembly is expected to decide by Thursday evening whether to adopt either, both, or neither of two rival resolutions on COVID-19. One resolution, which has more than 135 co-sponsors, supports the World Health Organization and calls for “intensified international cooperation" to defeat the pandemic. The other, sponsored by Russia with support from four countries, also recognizes WHO's leading role, but it says unilateral sanctions must not be applied without U.N. Security Council approval.