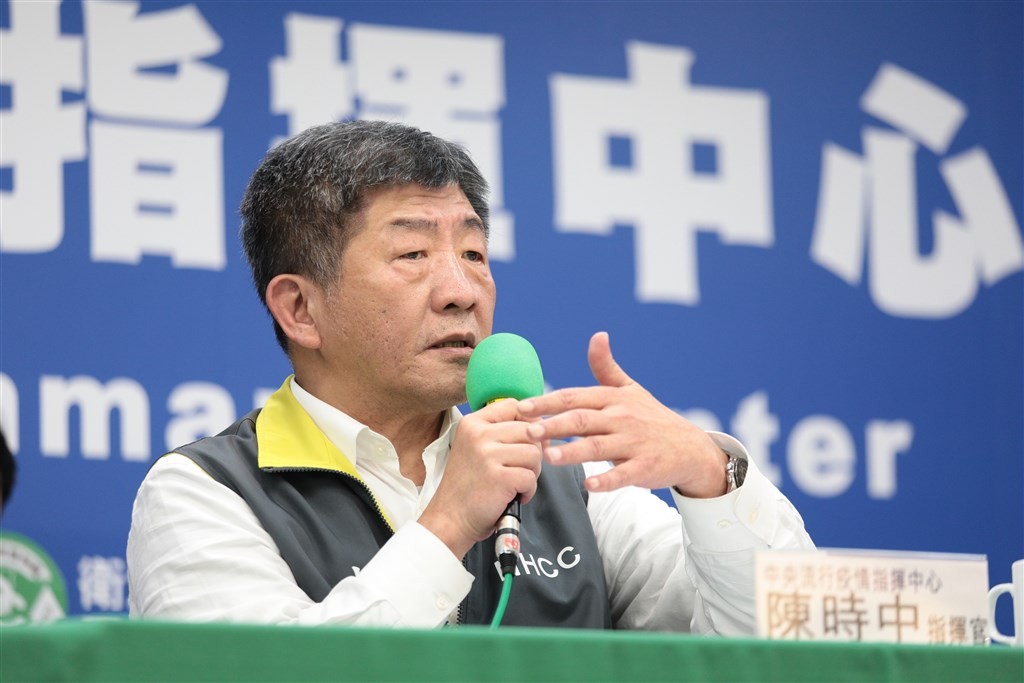 During a press conference on Tuesday afternoon, Health Minister and CECC head Chen Shih-chung (陳時中) announced 16 new cases of COVID-19. Of the new cases, 14 were imported and two were domestic, bringing Taiwan's total to 322.

Chen said the two local cases were a man in his 70s (the 307th case) and a male in his 20s (the 322nd case), neither of whom had traveled abroad, but the 307th case attended a dinner party with the 122nd case, who had traveled to Turkey.

On March 25, the 307th case sought medical attention after feeling chest tightness, muscle aches, and other symptoms. On March 26, he went to a clinic for a fever and checked into a hospital after his symptoms failed to subside on March 28.

Upon admission to the hospital, he was diagnosed with pneumonia and tested for the disease. He was officially confirmed to have coronavirus on Tuesday, and 46 people that recently came into contact with him have been notified.

The 322nd case began experiencing a fever, cough, and general fatigue on March 26, when he went to a clinic for treatment. Because the symptoms continued unabated, he checked into a hospital on Sunday (March 29) and was diagnosed with pneumonia.

He tested for the coronavirus on Monday (March 30), and a positive result arrived the next day. After a preliminary investigation, it was found that he had spent most of his time at school and in his dormitory, and 13 known recent contacts have been notified with the source of his infection still being investigated.

The CECC pointed out that the 14 new imported cases include seven men and seven women between the ages of 20 and 60. Their dates of entry ranged between March 16 and 29 and the dates of onset between March 1 and 27.

The countries recently visited by the latest imported cases include the U.S., the UK, Iceland, France, Switzerland, Thailand, and the Philippines. The main purposes for their trips were listed as work or school.

The woman was examined by physicians on March 27 and tested positive for the disease on March 31. So far, four students who attended the school have been confirmed with the disease.

The 318th case is a male in his 20s who had been studying in France for an extended period of time before returning to Taiwan on March 17. Because the student had taken the same plane as the 112th case, he was listed as a contact.

On March 27, the man began developing symptoms, and he was examined by doctors on March 28. The 318th case subsequently tested positive for the disease on March 31.

It was a work-related trip that sent the 321st case, a man in his 20s, to Switzerland from Feb. 9 to March 20. Although the man felt no discomfort upon returning to Taiwan, he was placed on a watch list as his colleague, a woman in her 20s (the 294th case,), tested positive for the disease.

The 294th case said that a colleague in Switzerland had already started developing a fever. As an extra precaution, the CDC arranged for the 321st case to visit a hospital on March 29, and the patient tested positive on March 31.