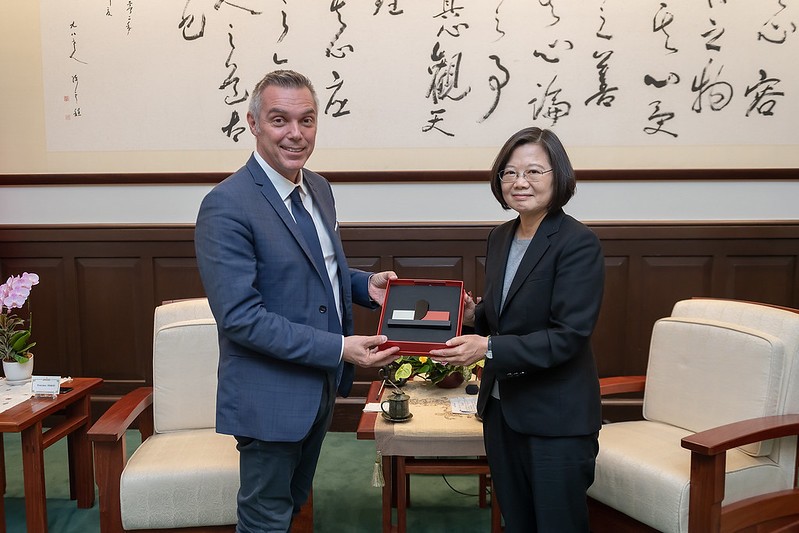 TAIPEI (Taiwan News) — President Tsai Ing-wen (蔡英文) has, among other Taiwanese politicians, offered condolences to the family of Jean-François Cesarini, after the French lawmaker and staunch supporter of the Taiwan-France relationship died from cancer on Sunday (March 29).

“My sincere condolences to the family of Jean-Francois Cesarini, chairman of the National Assembly’s France-Taiwan Friendship Group & an outspoken supporter of Taiwan’s international participation,” tweeted Tsai on Monday (March 30). “He will always be remembered as a man of character, courage, and conviction,” she added.

Cesarini passed away on Sunday at the age of 49 after a long fight against cancer starting June 2017, said an official statement. His death is unrelated to the coronavirus (COVID-19) pandemic that has swept through Europe since February.

Earlier in March Cesarini shared a French report on Taiwan’s coronavirus preventive measures, praising the country’s rigor and innovation as being always inspiring.

In 2018, Cesarini invited then-Legislative Yuan Speaker Su Jia-chyuan (蘇嘉全) to the National Assembly, making him the first Taiwanese speaker to have visited the French parliament. He also led parliamentary delegations to Taiwan for three consecutive years, beginning in 2017.

Su expressed shock and grief over the death of Cesarini. “What he [Cesarini] has done for Taiwan deserves the respect of the entire Taiwanese population,” he said via Facebook.