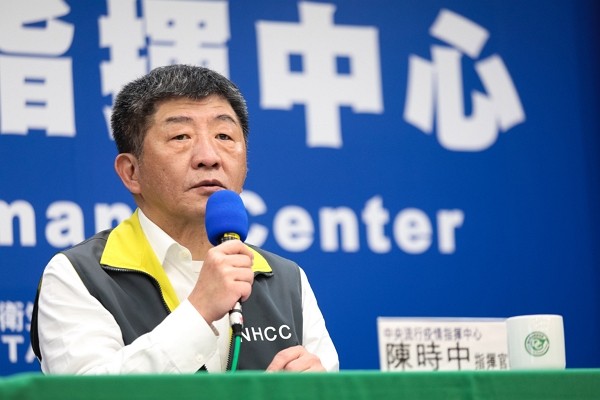 During a daily press conference Sunday afternoon, Health Minister and CECC head Chen Shih-chung (陳時中) announced 15 new cases of COVID-19, including nine males and six females. Of the 15, 14 are imported cases, while only one is a local infection.

The latest imported cases, who range in age from their teens to their 60s, arrived in Taiwan between March 14 and 27 and began displaying symptoms of the coronavirus between March 8 and 25. The patients had traveled to the following countries before returning to Taiwan: the U.K., Portugal, Spain, France, the U.S., Switzerland, Turkey, Morocco, Tunisia, Indonesia, and the Philippines.

The single domestic case (No. 289) is the spouse of an imported case (No. 293) who traveled to Spain and Portugal from March 7-16. The couple had been asked to undergo home quarantine and were confirmed to have the virus on Sunday.

Case No. 288 is a man who visited Morocco with a tour group from March 10 to 22. He started to develop a fever, cough, and other symptoms on March 23 before testing positive for the coronavirus.

New patients 290 and 291 are a couple who went to Indonesia March 10-14. The two began experiencing symptoms on March 22 and were later confirmed with the virus on March 26.

All those who have recently come into contact with Sunday's new cases have been asked to undergo home quarantine.