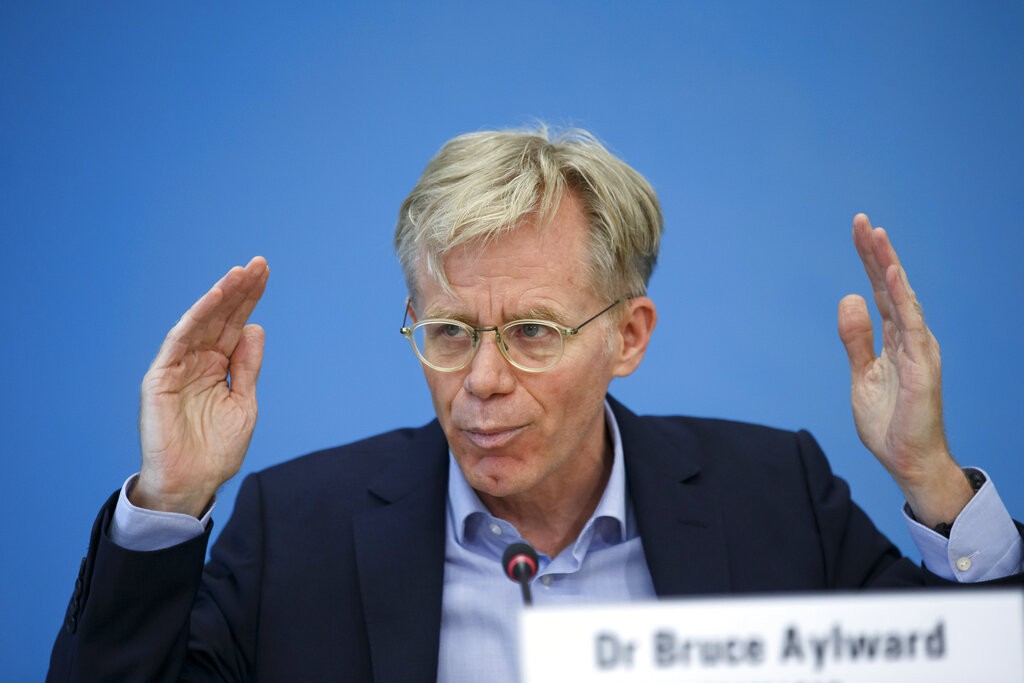 TAIPEI (Taiwan News) — A top World Health Organization (WHO) official terminated a video call with a reporter after being asked about Taiwan’s potential role in the United Nations health agency.

During the video interview with Radio Television Hong Kong journalist Yvonne Tong (唐若韞), Bruce Aylward, a senior advisor to the WHO director-general, at first claimed not to have heard her question about whether the WHO would consider Taiwan’s membership. When the journalist tried to repeat the question, however, the WHO official asked her to “move on to another one.”

After Tong insisted on getting Aylward’s comment on the Taiwan issue, the advisor appears to have ended the call without notice.

Taiwan has been excluded from the health agency’s annual World Health Assembly since 2017, as Beijing began using its influence to assert more pressure on international organizations to block Taiwan’s participation.

The campaign to isolate the island nation from the international community was stepped up after President Tsai Ing-wen (蔡英文) of the independence-leaning Democratic Progressive Party (DPP) was elected to office in 2016. Beijing has reportedly terminated official contact with the Taiwanese administration ever since.

After the abrupt end to her interview with Aylward, the RTHK journalist made a follow-up call to inquire about his opinion on Taiwan’s strategy to contain the coronavirus (COVID-19) pandemic, which originated in the Chinese city of Wuhan and later spread to the rest of the world. The official then dodged the question by saying that all the different areas of China have “done quite a good job” in terms of combatting the virus.

A Canadian physician, Aylward began his career at the WHO in 1992 as a medical officer specializing in epidemiology. He led a WHO joint mission to Wuhan in February to investigate the coronavirus outbreak and the Chinese authorities’ response.

At a press conference in Beijing after the mission concluded, Aylward said the decline in coronavirus cases in China demonstrated the country’s success in combatting the virus while showing the path for other countries to follow. “If I had COVID-19, I’d want to be treated in China,” he stated, before flying back to Geneva.