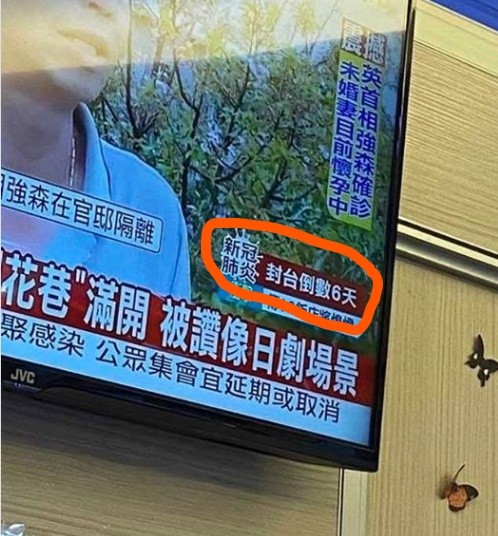 TAIPEI (Taiwan News) — CTiTV News has taken down a message that said Taiwan is just six days away from a complete lockdown, reports said Saturday (March 28).

While the island nation’s number of Wuhan coronavirus (COVID-19) cases has been rising steadily, reaching 283 on Saturday, the authorities have not announced any local or national lockdowns.

However, on Saturday morning, a message appeared on the screen of a CTiTV news program saying Taiwan was counting down six days to a lockdown, CNA reported. Viewers alerted the National Communications Commission (NCC), which said it would discuss the incident, though it remains to be seen whether it will fine the station.

In a statement, CTiTV said the message had been a mistake and apologized, saying its original intent had been to cite Health and Welfare Minister Chen Shih-chung's (陳時中) statement on March 26 that the following eight days would be crucial in the fight against the coronavirus. The message had been meant to say that there were still six of those critical days left, the TV company explained.

CTiTV is part of the Want Want China Times Group, which has repeatedly come into conflict with the NCC and the authorities due to its outspoken pro-China reports.