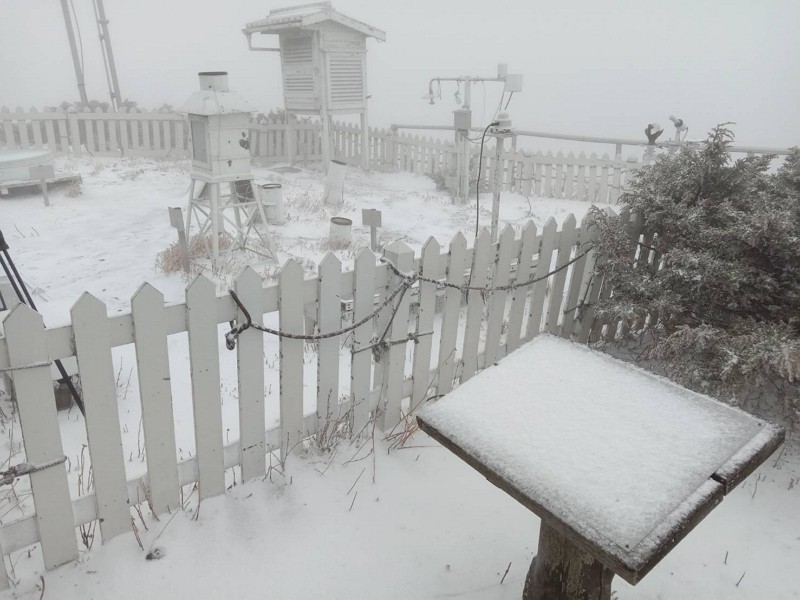 Snow fell from 7:05 a.m. to 8:25 a.m., accumulating 0.5 centimeters of snowfall, according to data from the weather bureau's Yushan Weather Station.

The frontal system will move across Taiwan on Saturday, raising chances for downpours and thunderstorms in northern, central and northeastern parts of the country, the bureau said.

Along with the rainfall brought by the weather front, an accelerating northeasterly wind system is expected to cool down northern Taiwan as temperature highs are forecast to fall to 21-24 degrees Celsius Saturday, from about 30 degrees a day earlier, it said.