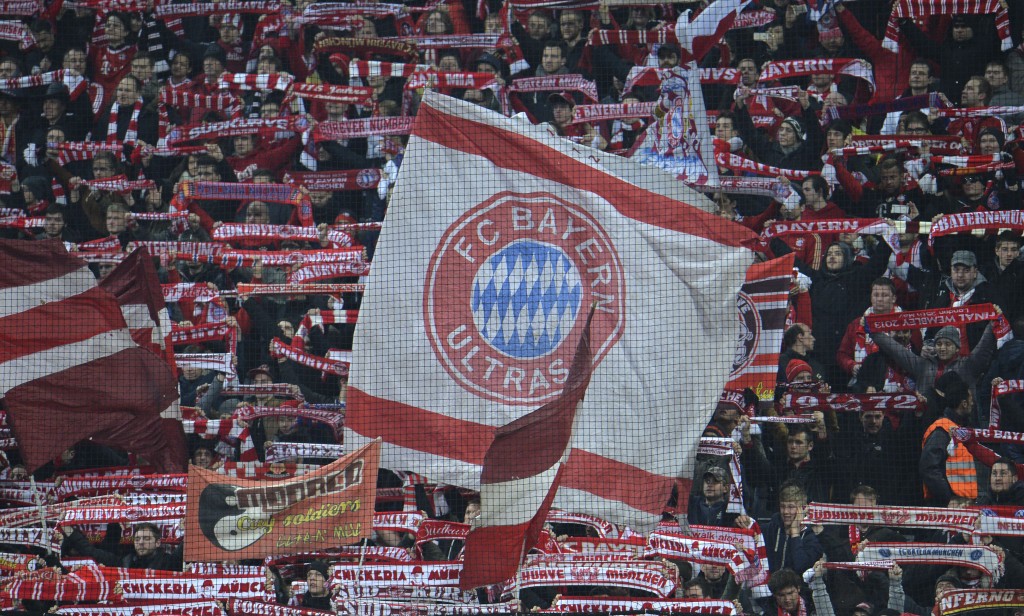 BERLIN (AP) — Even though the protests have stopped amid the coronavirus outbreak, many Bayern Munich fans are still pushing for their club to take its Qatari sponsor to task for human rights abuses in the country.

Bayern is sponsored by state-owned carrier Qatar Airways and has been holding mid-season training camps in the Persian Gulf country since 2011.

“It’s clear that the situation isn’t as it should be for workers in Qatar. Enough NGOs have complained that workers are dying in terrible conditions, that human rights are not being upheld,” Bayern fan Jonas Hagemeier told The Associated Press on Friday. “It’s not really a soccer issue as such, but an issue for society. Just we come into it because we are directly linked to it through FC Bayern.”

Hagemeier, a member of the Bayern Club No. 12 supporters group, said fans are unhappy with the apparent reticence to address workers’ conditions or highlight their plight.

“In the end, the club says it’s doing a lot but it does nothing,” Hagemeier said. “It damages the club’s reputation if it’s openly dealing with a country that does not recognize human rights, and if it’s constantly criticized for that.”

Bayern fans have long been protesting the club's links to Qatar. Banners criticizing the team's management were often displayed at games before the Bundesliga was suspended because of the coronavirus outbreak.

Though invited, no representative from Bayern attended the meeting. Instead, a team jersey was placed on an empty chair to represent the club. Organizers received from no response from the club after the meeting, either.

One of the fans who attended the meeting, a member of the ultra group Munich’s Red Pride, was banned by Bayern from all games earlier this month, apparently for helping to display a banner protesting Monday night games at a reserve team game in February.

“There is a strong suspicion FC Bayern is using this banner to silence a critical fan whose group has constantly objected to the club’s engagement with Qatar. This cannot be accepted,” Club No. 12 said in a statement.

The campaign to highlight Bayern’s relationship with the gulf country was given added weight on March 11 when a group of Munich city councilors asked the club to urge Qatar to release detailed data on the deaths of migrant workers and to "commission an independent investigation into these deaths.”

An open letter from the councilors to Munich Mayor Dieter Reiter, a Bayern club member, urged the team “to make a commitment to comply with human rights standards in its business relationships.”

The councilors noted that Bayern receives 10 million euros ($11 million) a year from its five-year sponsorship arrangement with Qatar Airways. That deal was signed in 2018, replacing Bayern’s previous arrangement with Doha Airport.

The club is also linked to Qatar though Volkswagen subsidiary Audi, which has an 8.33% stake in the club. Qatar Holding LLC holds 14.6% of the shares in Volkswagen.

“Qatar uses the influence of soccer to adorn itself with the positive image of international clubs. The country has invested hundreds of millions of euros (dollars) in soccer clubs all across Europe,” wrote the councilors, who criticized Bayern’s management for being “silent” on the issue.

Qatar, which is due to host the World Cup in 2022, is also financially tied to European clubs Paris Saint-Germain and Barcelona.

Fair/Square Projects welcomed the councilors’ call. The London-based human rights company has been waiting for a response since writing to Bayern chairman Karl-Heinz Rummenigge on Feb. 5 asking for the club to follow Liverpool’s example in calling for steps that would significantly enhance worker protection in the state.

“We believe it is highly probable that there have been more than 3,000 unexplained migrant worker deaths since Qatar won the right to host the World Cup in December 2010,” wrote McGeehan, the director at Fair/Square Projects.

Days after Bayern fans held banners protesting the club’s dealings with Qatar in the last game before the Bundesliga was suspended, World Cup organizers issued their annual workers’ welfare progress report on March 12. It said there were “a number of improvements” in the period from February to December 2019, including “timely payment of salaries, improved ethical recruitment practices, improved living conditions and enhanced health and safety initiatives.”

But in February, Human Rights Watch documented one employer who did not pay workers for five months, saying it showed “a systemic failure” that affects all employers in Qatar.

“Qatar has passed some laws to protect migrant workers, but the authorities seem more interested in promoting these minor reforms in the media than in making them work,” said Michael Page, the deputy Middle East director at HRW.

The club did not respond to repeated requests for comment.

Separately, Bayern recently launched a “Red against Racism” campaign to combat racism in soccer. But McGeehan, who previously worked for HRW, questioned the club’s motivations.

“It's laudable that Bayern is taking intolerance and racism seriously, especially in the current climate," he said. "That said, this again highlights the tension between the values the club claims to espouse and its links to Qatar.”