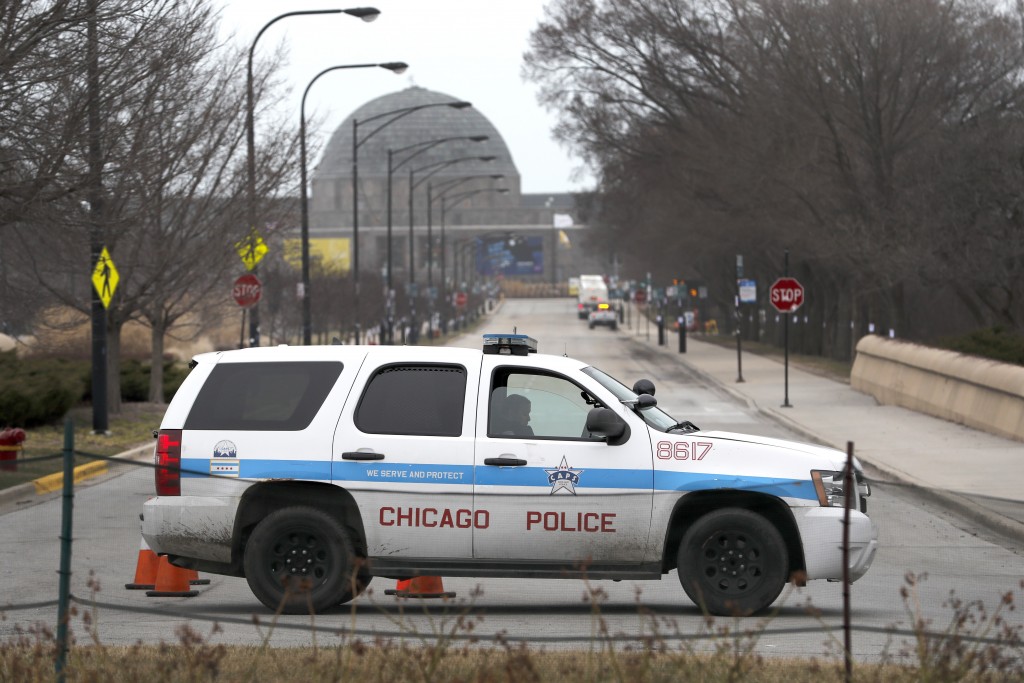 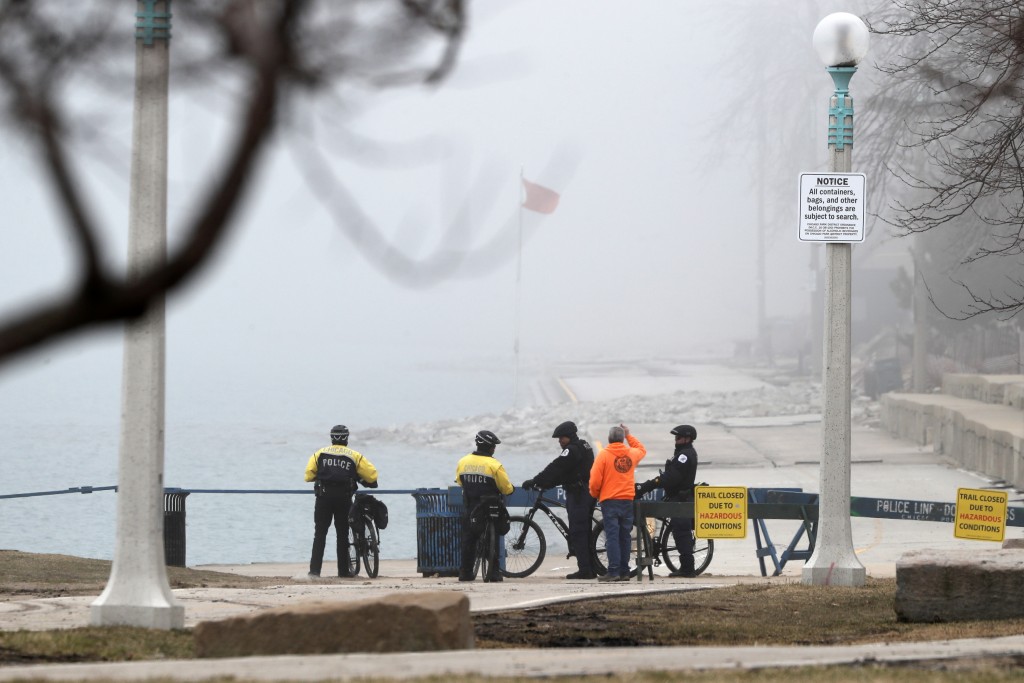 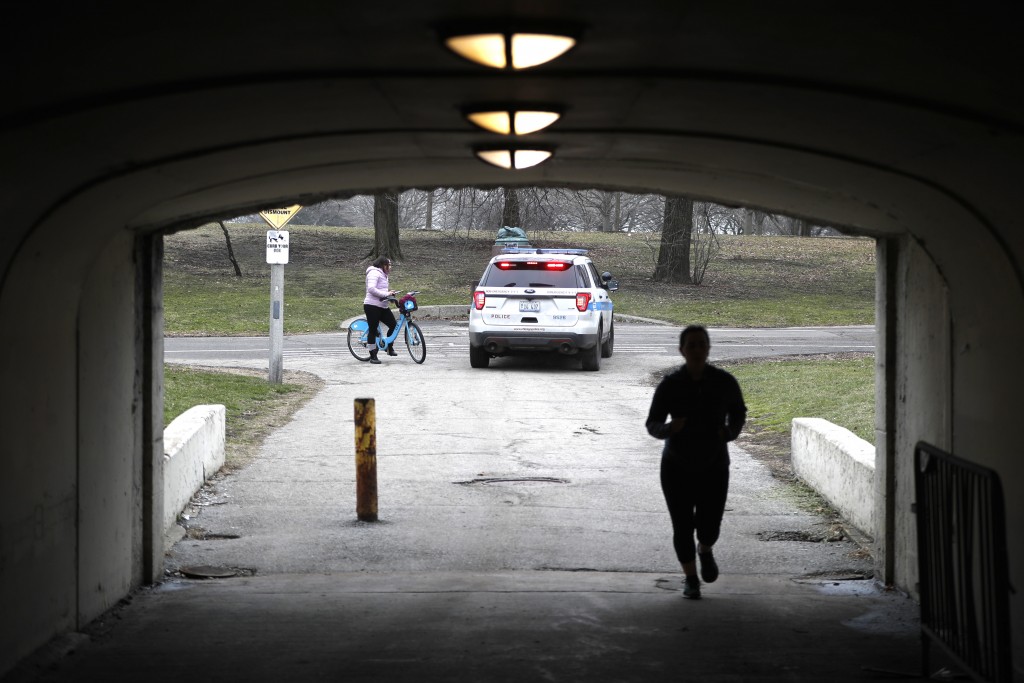 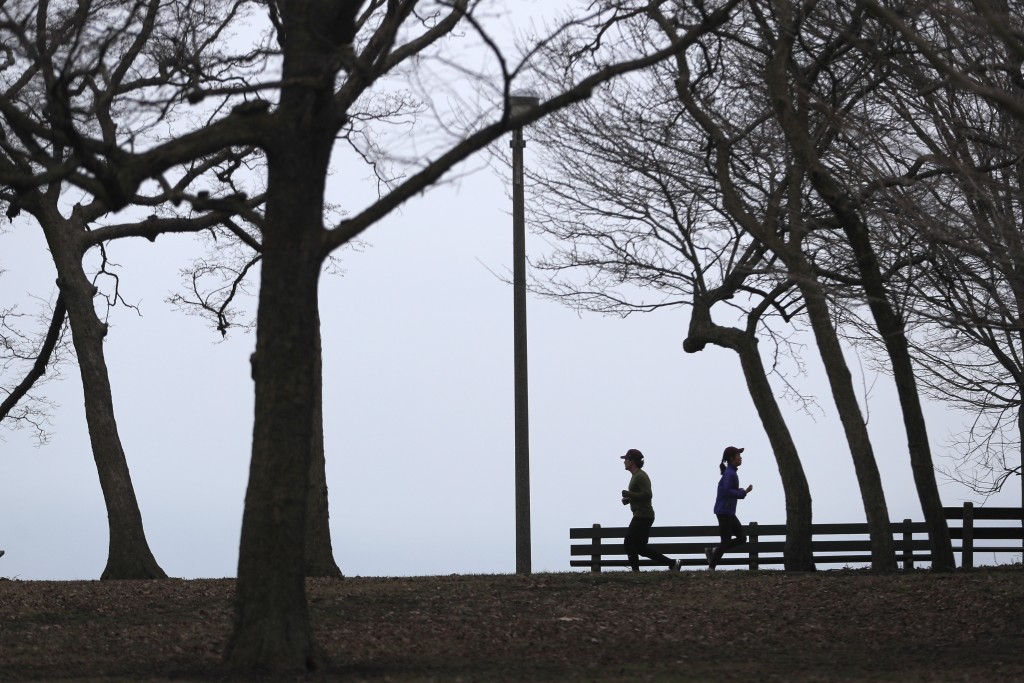 OAK PARK, Ill. (AP) — It was a sunny day, the first in about a week when temperatures had climbed past the 50-degree mark, and people in Chicago did what they always do on such a day: They flocked to the shores of Lake Michigan.

Mayor Lori Lightfoot did not consider that the kind of postcard perfect scene that attracts visitors from around the world. She saw danger. She saw “packs” of people and worried about the possibility that the coronavirus that has killed more than 25,000 worldwide was spreading from one person to another.

“We know what happens when you don't social distance... ” Lightfoot told reporters after observing the waterside vista on Wednesday. “The illness rate goes through the roof, the strain on the hospitals is enormous and the death rate starts to escalate."

A day later, she shut down the lakefront trails and nearby parks for the duration of the coronavirus crisis, warning that projections show more than 40,000 Chicagoans could need hospital treatment for COVID-19, the disease caused by the virus, in the coming weeks.

“We can't mess around with this one second longer,” an exasperated Lightfoot said.

For most people, the coronavirus causes mild or moderate symptoms, such as fever and cough that clear up in two to three weeks. For some, especially older adults and people with existing health problems, it can cause more severe illness, including pneumonia, or death.

All over the United States, mayors and other officials fed up with residents who ignore social distancing guidelines have been shutting down parks, beaches, marinas and other public areas that people visit for physical and mental health. That's because the chance of catching or spreading the virus grows as the space between people shrinks.

They have padlocked playgrounds and taken down basketball hoops and tennis nets. They have fenced-in parks or spider-webbed entrances with yellow tape, making them look like crime scenes.

In Florida, just as the Illinois governor issued a stay-at-home order after seeing crowds spilling out of Chicago bars over St. Patrick's Day weekend, Miami-Dade County Mayor Carlos Gimenez announced that all marinas and boat ramps would close indefinitely after reports of parties near the water.

In California, the largest state to impose a statewide stay-at-home order, officials took one look at the crowds flocking to the beach and closed parking lots to discourage visitors. While most people on the sand heeded guidelines to stay 6 feet away from others, Los Angeles Mayor Gil Garcetti still saw too many beachgoers “too close together, too often."

In New Orleans, where experts attributed the explosion of infections and deaths to last month's massive Mardi Gras celebration, Mayor LaToya Cantrell ordered basketball hoops removed from city facilities. And she took to Twitter to scold people for joining large gatherings and urged witnesses to report such events.

On the North Carolina-Tennessee border, after more than 30,000 people arrived each day last weekend, the Great Smoky Mountains National Park closed down.

And in Oak Park, a leafy suburb west of Chicago, officials were upset that some were flouting social distancing guidelines by playing basketball and other group activities at parks.

“We want people to be able to walk on the paths and get fresh air, but they were playing games,” said Diane Stanke, a spokeswoman for the city's park district.

The final straw, said John Borland, the park district's grounds maintenance supervisor, was seeing that people were “breaking through the barriers” his crews had erected to block access to the fields. That prompted the village's health department to order the parks and park facilities closed to everyone. Borland and his crews took down the tennis nets and basketball hoops.

Brooklyn's Prospect Park has remained as crowded at times as it is on a summer weekend, prompting police officers to circle the park and announce over loudspeakers that runners and bikers should keep their distance.

While the decision to keep some national parks open has drawn harsh criticism, there have also been moves to protect visitors. At the still-open Grand Canyon, for example, the National Parks Service has closed three of the park's most popular trails, because they were designed to funnel as many visitors as possible into areas of natural beauty.

None of the measures are as extreme as those taken in Italy, where officials in the hardest hit region of Lombardy have prohibited any outdoor exercise not on personal property and have set distance limits on dog-walking.

What makes them all stand out is that they are literally preventing healthy activities during a health crisis.

“If people are actually staying apart, there should be no appreciable risk” of contracting the virus by walking around the neighborhood or jogging through a park, said Dr. David Cenmino, a Rutgers University infectious disease expert.

The virus spreads through droplets that come out of your mouth and nose and travel about 3 to 6 feet before gravity pulls them to the ground. While that would normally give people plenty of room to maneuver trails or parks without risk, Lightfoot and others say all that space and all that safety vanishes when crowds gather.

“No one's listening, they're not taking this seriously," said Brian Hungerford, an architect who lives with his wife and three children near Lindberg Park in Oak Park. “It's heartbreaking to see the parks close but because of this irresponsibility, it's understandable.”