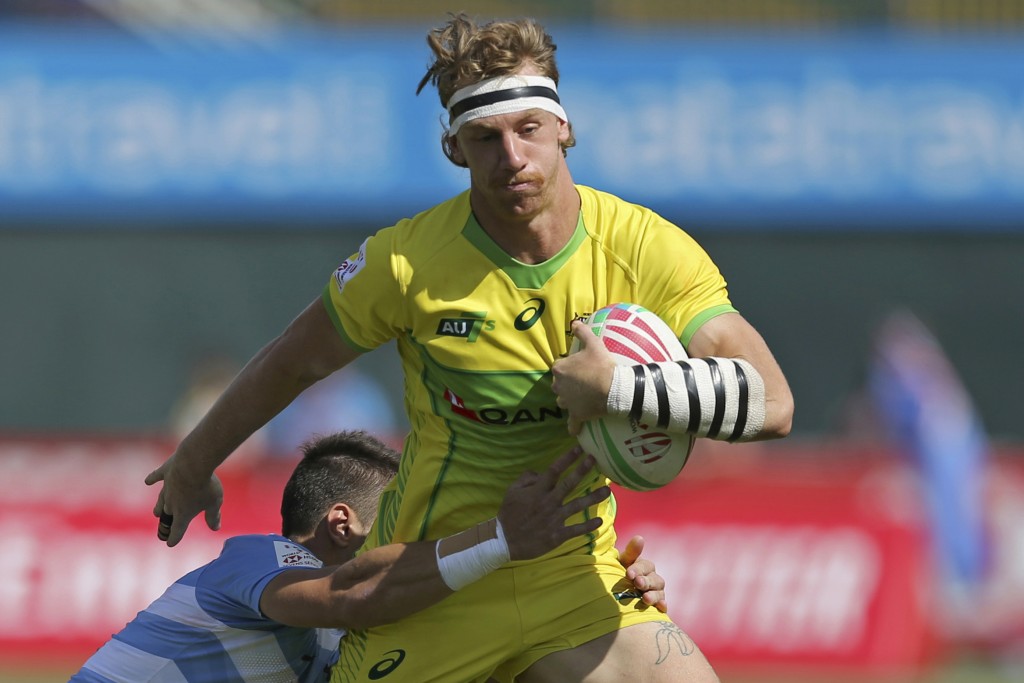 A season-ending knee injury had Ben O'Donnell convinced he'd be watching the Tokyo Olympics from a distance, with absolutely no chance of pulling on the Australian jersey for the Rugby Sevens competition.

Forgive him for being a tiny bit pleased this week when the Tokyo Games were postponed to 2021 because of the coronavirus pandemic.

“I have seen (teammates) walking around and they keep telling me that I’m the only bloke that is smiling around here," O'Donnell said in a television interview with the Associated Press. “For me, it's a little silver lining, a little chance, a little creak in the door.

“Still a long way to go, though. I’ve still got over nine months of rehabilitation and still need to force my way back into that team."

The decision by the IOC and Tokyo organizers to postpone the games ended more than a month of speculation about the prospects of the Olympics starting on schedule on July 24. Olympic gold medalists were among the athletes and federations urging the IOC to delay it.

As well as the risk of spreading the virus further by staging the Olympics, athletes were concerned about the qualifying process and the inability to practice or compete while their countries were in lock down.

“Yeah, it’s obviously a common sense decision,” O'Donnell said Friday, getting more serious when talking about the difficult time it was for most athletes and coaches in Olympic sports. "A lot of teams have worked really hard in their qualifications to secure a spot there and it’s tough.

“Our boys, we were building nicely which is disappointing that the time of the Olympics has been pushed back, but that just gives us a (chance) ... to come back bigger and better than ever.” Hopefully, in O'Donnell's mind, with him in it.

Australia was in fourth place on the men's standings when the World Sevens series circuit was suspended after six rounds, having lost the final to top-ranked New Zealand in the last final at Vancouver. The Australian women's team, gold medalists in 2016 when rugby sevens made its Olympic debut, were in second place in the world series.

O'Donnell has scored 47 tries in 95 matches in the world series, where he's regarded as an impact player and is easily identifiable by his distinctive mustache. But he has only played three matches this year after tearing his ACL in the event in Hamilton, New Zealand in January and needing a knee reconstruction.

He has been spending most of his time recovering in Sydney since then. Now nobody is playing so, in a way, he's making up a bit of ground in his bid to rejoin the team and push for Olympic selection. With Australia's biggest city preparing to go into lockdown as infections from the coronavirus accelerate, O'Donnell feels well prepared.

“With the injury I’ve had, I have been parked up on the couch anyway so I have had a bit of practice," he said, reflecting on his TV viewing. “Seinfeld has been my main entertainment but it’s been pretty easy for me.”