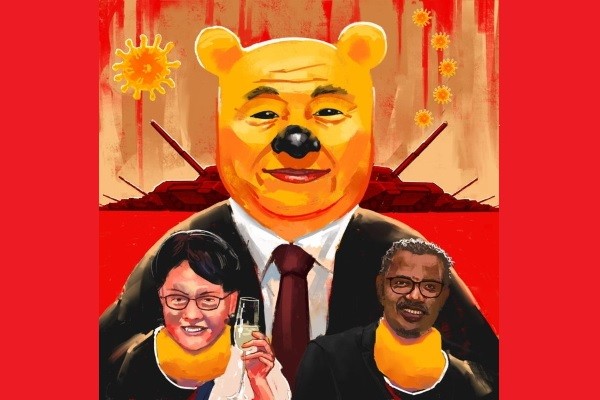 The 25-year-old artist behind the painting, Jason Mann, says that he currently lives in Berlin, where he is studying video game development. Mann, who moonlights as a freelance artist, told Taiwan News that he completed the painting, which he titled "Portrait of Xi Jinping" on March 13.

Mann says that he generally does not have very strong political views but that he has been following the Hong Kong pro-democracy protests, and more recently, the Wuhan coronavirus (COVID-19) situation since early January.

The artist said that he was "very worried and frustrated about the way doctors were censored and shut down instead of being listened to." Mann said that the Chinese Communist Party's "cover-up mentality" destroyed any chance of containing the virus.

As a German, Mann said the idea that a doctor would be silenced instead of listened to when warning of a potential new virus absolutely baffled him. Mann also believes that the WHO has been downplaying the situation, causing many countries "not to take it as seriously as they should have."

When asked about his inspiration for the painting, Mann said, "A lot of things they do have been frustrating me. So this artwork was on my mind for a while. The current situation pushed me to actually paint it."