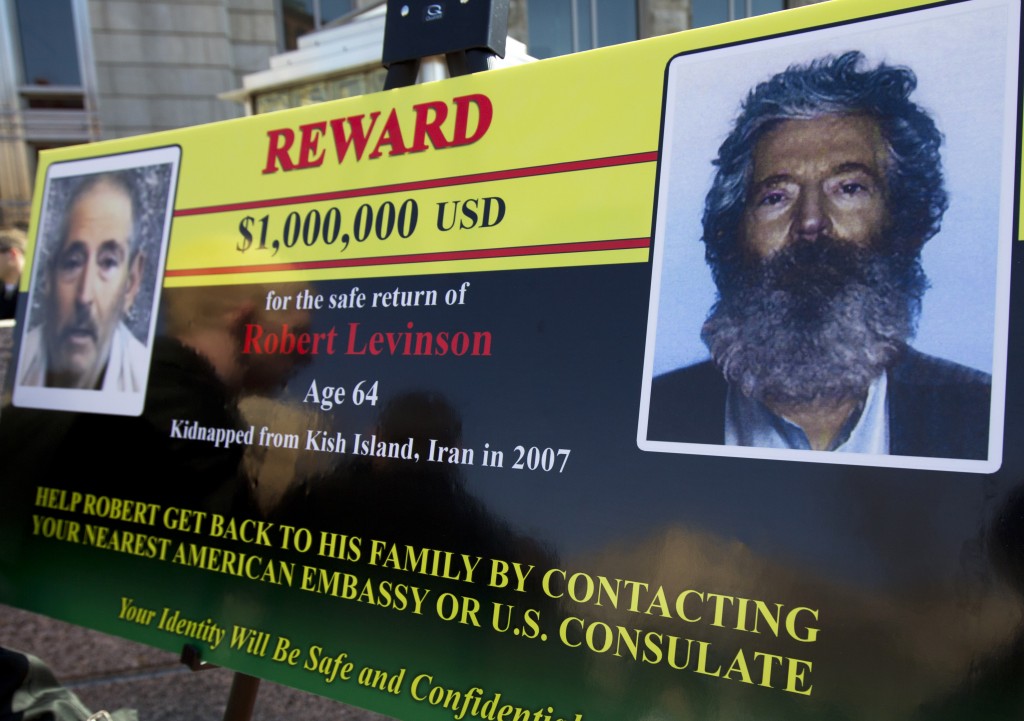 WASHINGTON (AP) — The FBI won't give up on “finding out what happened" to former agent Robert Levinson, who the U.S. government believes died in the custody of the Iranians, according to an email FBI Director Chris Wray sent to the FBI workforce on Thursday.

The email, obtained by The Associated Press, was sent a day after Levinson's family revealed that the U.S. government had concluded that Levinson was dead. U.S. officials have not specified the nature or circumstances of Levinson's death, except to say they believe it happened some time ago.

Wray writes in the email that he himself met with the Levinson family and “explained that the most credible evidence we have collected over the past 13 years points to the likelihood that Bob died in captivity."

“It pained me to deliver that news, but I believe that we owed Bob’s family a thorough and candid presentation of the information that we’ve collected," Wray wrote.

The email comes as Trump administration officials are calling on Iran to provide a more complete accounting of Levinson's abduction and his time in captivity.

Levinson disappeared March 9, 2007, when he was scheduled to meet a source on the Iranian island of Kish. For years, U.S. officials would say only that Levinson was working independently on a private investigation. But a 2013 Associated Press investigation revealed that Levinson had been sent on a mission by CIA analysts who had no authority to run such an operation.