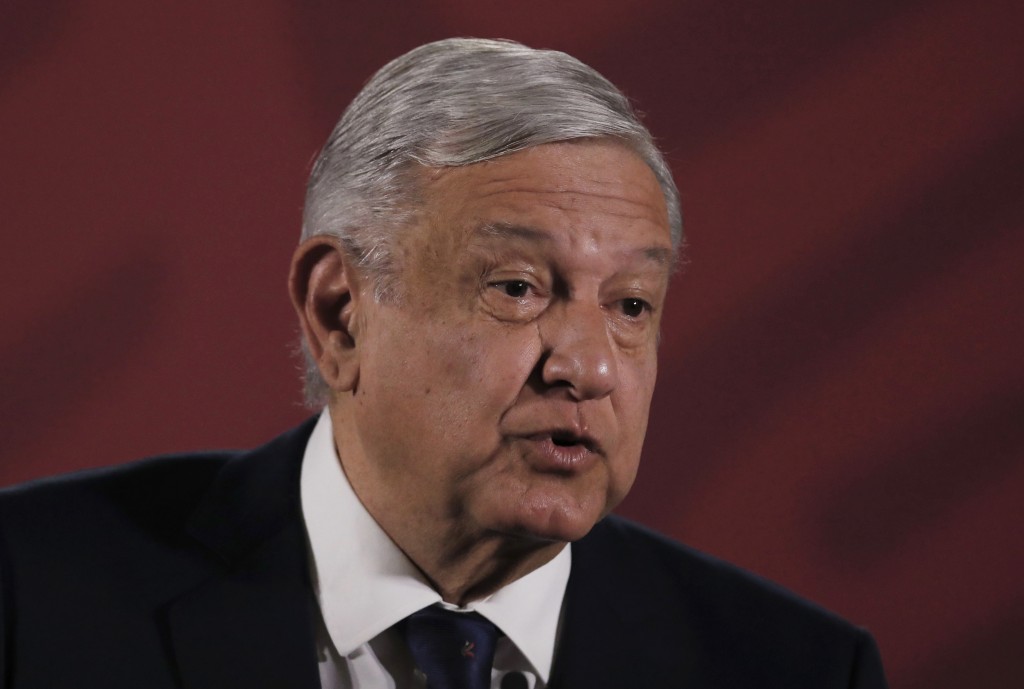 MEXICO CITY (AP) — More than a year into his term, Mexico President Andrés Manuel López Obrador attended his first international summit Thursday, though the topic — the coronavirus pandemic — meant he didn't have to leave home to get there.

López Obrador, who has not left Mexico since taking office in December 2018, urged the online gathering of the world's top 20 industrialized economies to help those with fewer resources. He proposed that the United Nations take control of “everything related to medicine and equipment” to combat the virus so that there is an even playing field. “When these things occur, he with the greatest economic possibilities hoards,” he said at his daily news conference, which followed the G20 session.

López Obrador specifically noted the ability of the neighboring United States to spend billions of dollars on in-demand items like ventilators for those in most critical need, making them harder for other countries to find and driving up the cost.

López Obrador has long maintained that he has too much to do in Mexico to spend time travelling abroad like other heads of state. He has delegated that work to his foreign secretary while at the same time sharply curtailing international travel by other government officials as part of his austerity measures.

He also said the poor must be a focus of plans for economic recovery after the pandemic. “You must give special attention to the family micro-businesses and to all those working in the so-called informal economy, those who make their way in life any way they can,” he said.

Mexico had 475 confirmed cases of coronavirus as of Thursday and six people have died. On Thursday, the federal government shut down for all but essential work.

López Obrador has been criticized for not taking more aggressive measures against the pandemic and downplaying it as he encouraged Mexicans to go about their business. On Thursday, he seemed to be taking a harder line, devoting time to listing the illness' symptoms and urging people to stay inside.

Still, his government continued to send mixed messages. He said his health advisers told him Mexico should be in better shape by April 19. But earlier this week, Health Undersecretary Hugo López-Gatell said if the government's plan to flatten the epidemiological curve and keep infections at a manageable level works, the epidemic may not peak in Mexico until August.