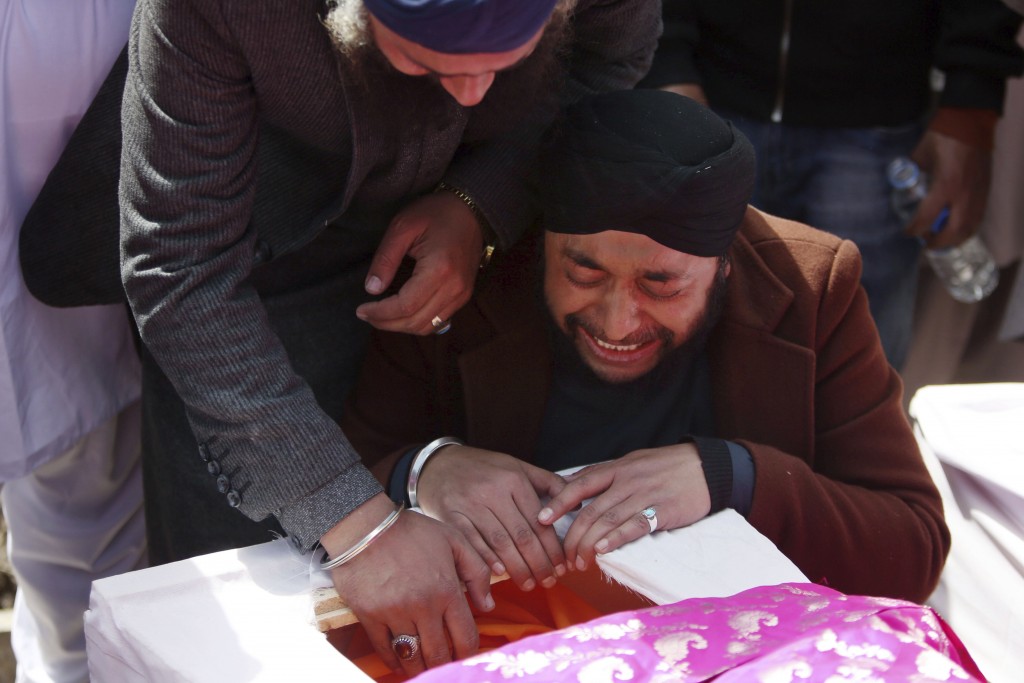 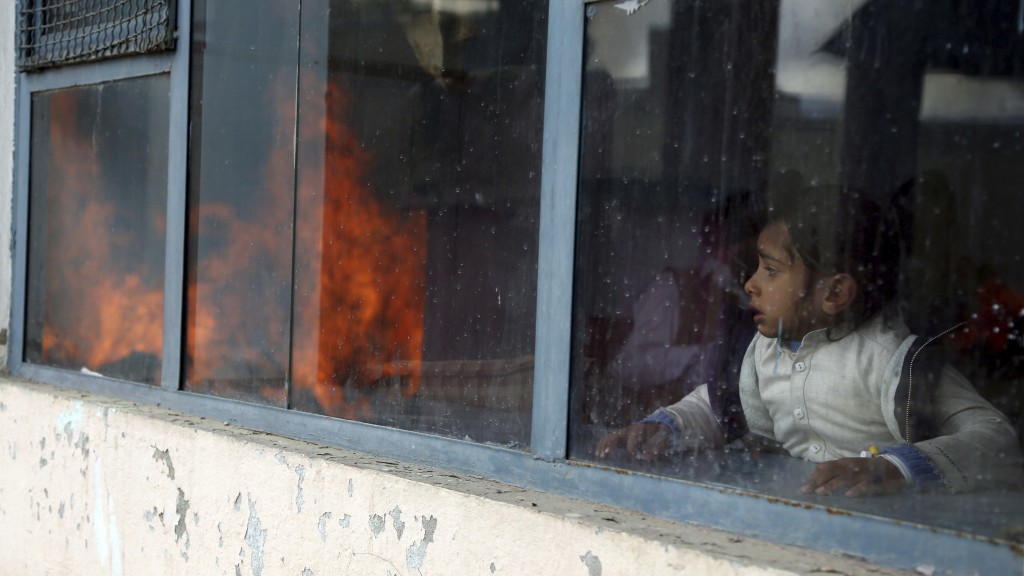 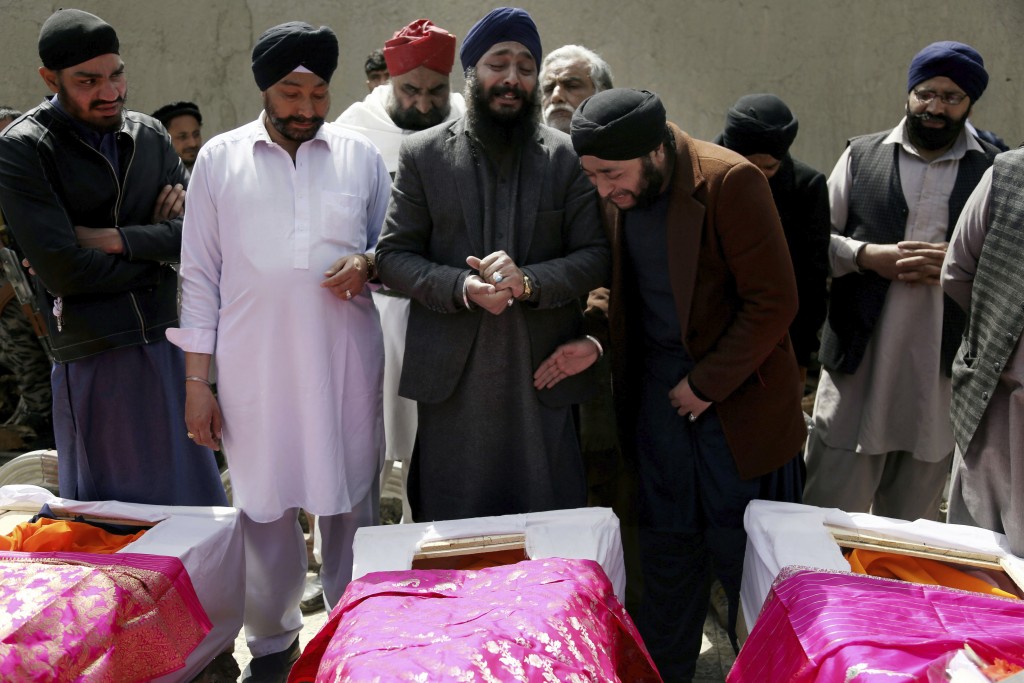 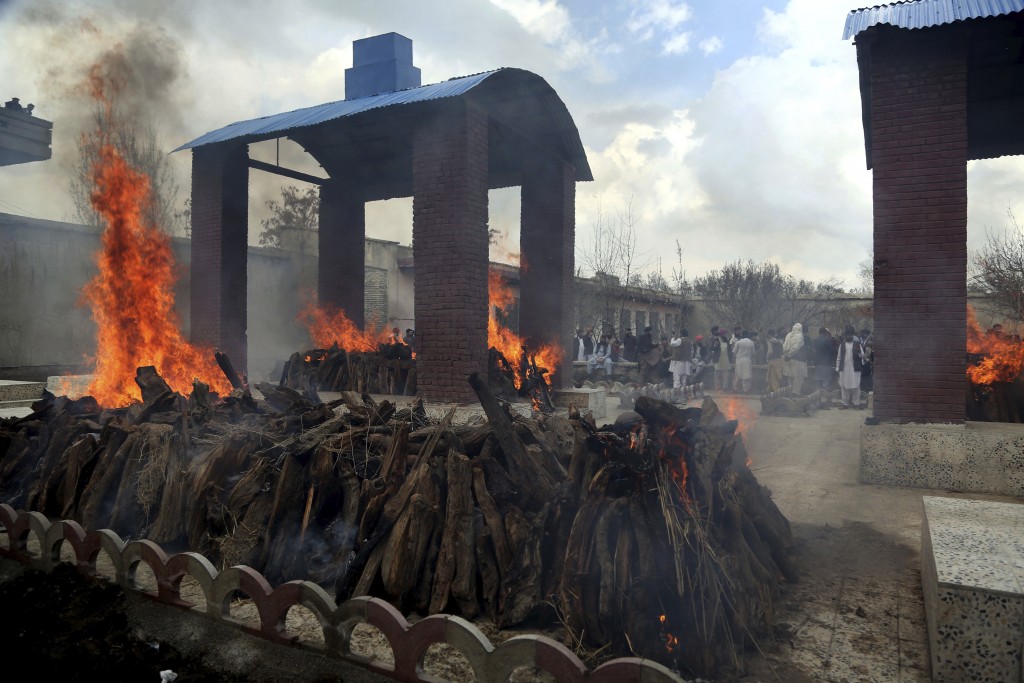 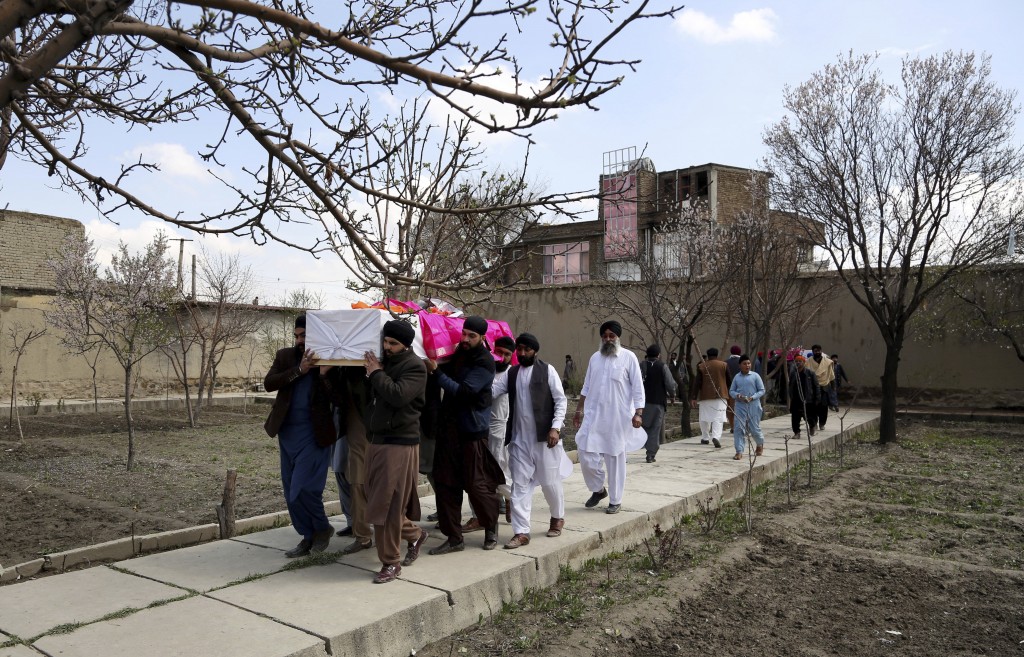 KABUL, Afghanistan (AP) — An explosive device disrupted Thursday's funeral service for 25 members of Afghanistan's Sikh minority community who had been killed by the Islamic State group. No one was hurt in the blast, the Afghan Interior Ministry said.

The explosion went off Thursday near the gate of a crematorium in Kabul, as the frightened mourners struggled to continue with the funeral prayers and cremation.

A 6-year-old child was among the victims of Wednesday's attack by a lone IS gunman, who rampaged through a Sikh house of worship in the heart of Kabul's old city. After holding some 80 worshippers hostage for several hours and wounding eight people, the gunman was killed by Afghan Special Forces aided by international troops.

The Islamic State affiliate in Afghanistan claimed responsibility for the attack on the group's Amaq media arm, according to SITE Intelligence Group, which tracks militant postings and groups. The gunmen was identified as Indian national Abu Khalid al-Hindi.

Maroon-colored cloth covered the many coffins surrounded by more than 100 family members who came to say their final farewell. The coffins were taken from their house of worship, known as a Gurdwara, to the crematorium for burial.

Dozens of wailing women remained behind in the Gurdwara as their loved ones were carried away.

Among the dead was Tian Singh, an Indian national, India's External Affairs Ministry said in a statement.

Sikhs have suffered widespread discrimination in the conservative Muslim country and have also been targeted by Islamic extremists.

“I am under pressure from my people, who say we cannot cannot live in this country anymore. Our children and our women are not secure,” said Narindra Singh Khalsa, a member of Afghanistan's Parliament representing Sikhs and Hindus.

As news of the attack first broke, Taliban spokesman Zabihullah Mujahed tweeted that the Taliban were not involved. Earlier this month, Afghanistan’s IS affiliate struck a gathering of minority Shiite Muslims in Kabul, killing 32 people.

The Taliban and the U.S. signed a peace deal last month that would eventually see all American troops leave the country, with the final withdrawal tied to Taliban pledges to deny space in Afghanistan to other militant groups, such as their rival, the Islamic State group.

In July 2018, a convoy of Sikhs and Hindus was attacked by an Islamic State suicide bomber as they were on their way to meet Afghan President Ashraf Ghani in the eastern city of Jalalabad. Nineteen people were killed in that attack.

Under Taliban rule in the late 1990s, Sikhs were asked to identify themselves by wearing yellow armbands, but the rule was not enforced. In recent years, large numbers of Sikhs and Hindus have sought asylum in India, which has a Hindu majority and a large Sikh population.