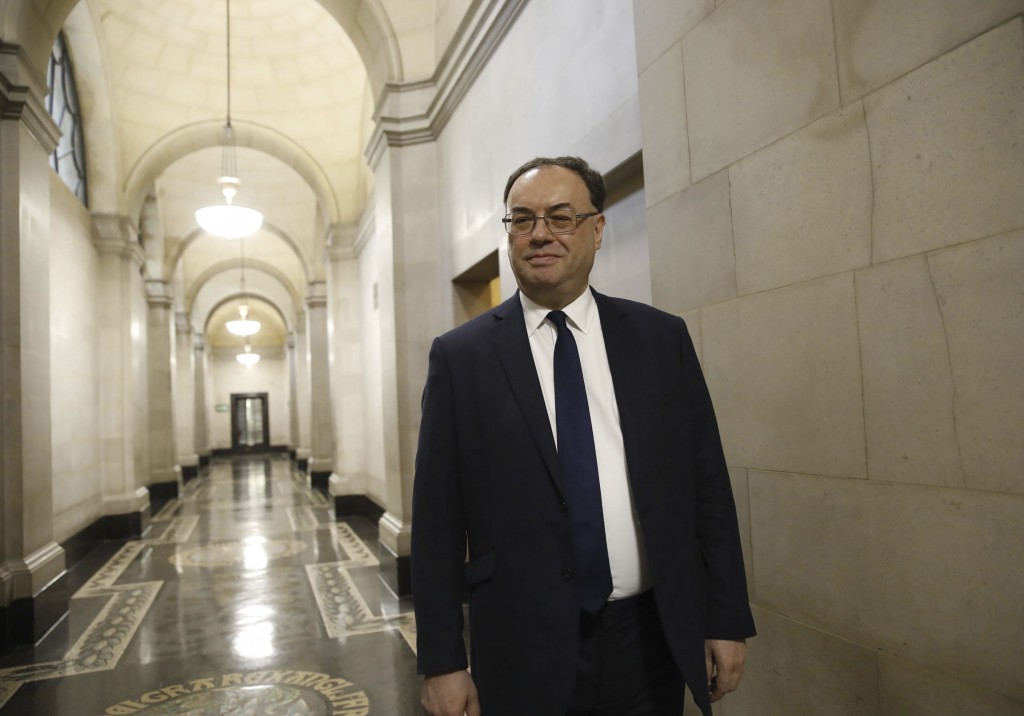 LONDON (AP) — The Bank of England has warned that the scale and duration of the economic shock stemming from the coronavirus pandemic will be “large and sharp but should ultimately prove temporary.”

The rate-setting Monetary Policy Committee said in a statement Thursday that the scale of the downturn will largely depend on whether job losses and business failures can be "minimized."

Early surveys of the economy in Britain are pointing to a virus-related downturn even deeper than the one that followed the global financial crisis a decade ago.

Like other central banks around the world since the pandemic spread viciously over the past few weeks, the Bank of England has slashed interest rates, reducing its main one to 0.1%, its lowest level ever. It has also expanded its bond-buying program by 200 billion pounds ($240 billion) and is offering hundreds of billions more in cheap loans to businesses.

Many of the measures have been done in concert with the British government, which has ramped up spending and launched an income guarantee scheme for workers if their companies retain them rather than lay them off. A further scheme for Britain's roughly 5 million self-employed workers is expected to be announced later by Treasury chief Rishi Sunak.