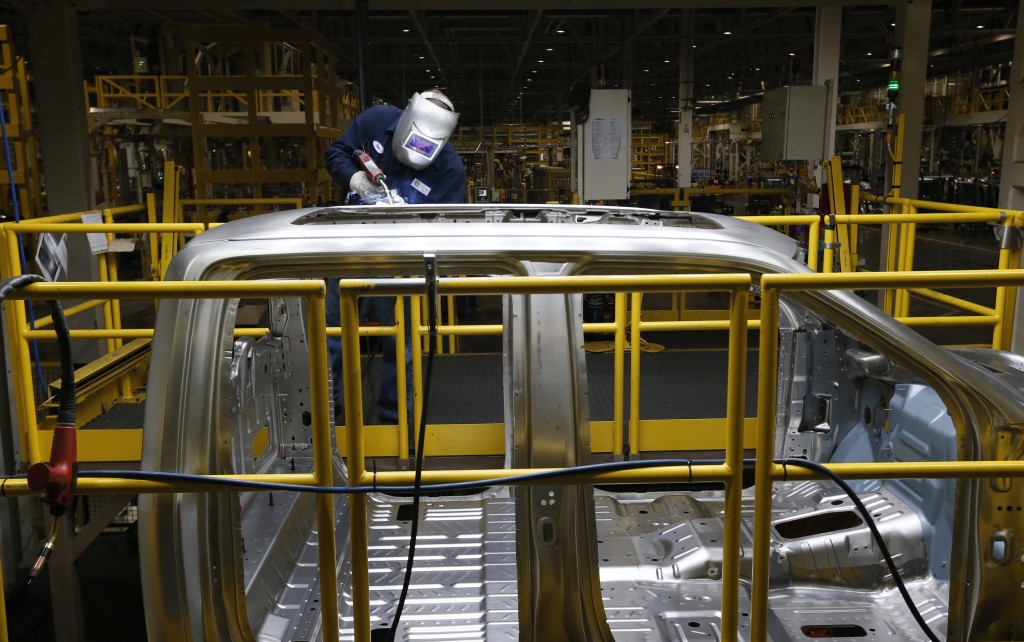 DETROIT (AP) — Ford says it wants to reopen five North American assembly plants in April that were closed due to the threat of coronavirus.

The three Detroit automakers suspended production at North American factories one week ago under pressure from the United Auto Workers union, which had concerns about members working closely at work stations and possibly spreading the virus.

The company says it's aiming to reopen its factory in Hermosillo, Mexico, on April 6, followed by its Dearborn truck plant, Kentucky truck plant, the Ohio Assembly Plant and the Transit van line at the Kansas City plant on April 14. The factories were closed earlier this month under union pressure.

The company also wants to reopen parts-making plants to feed the assembly factories on the same day.