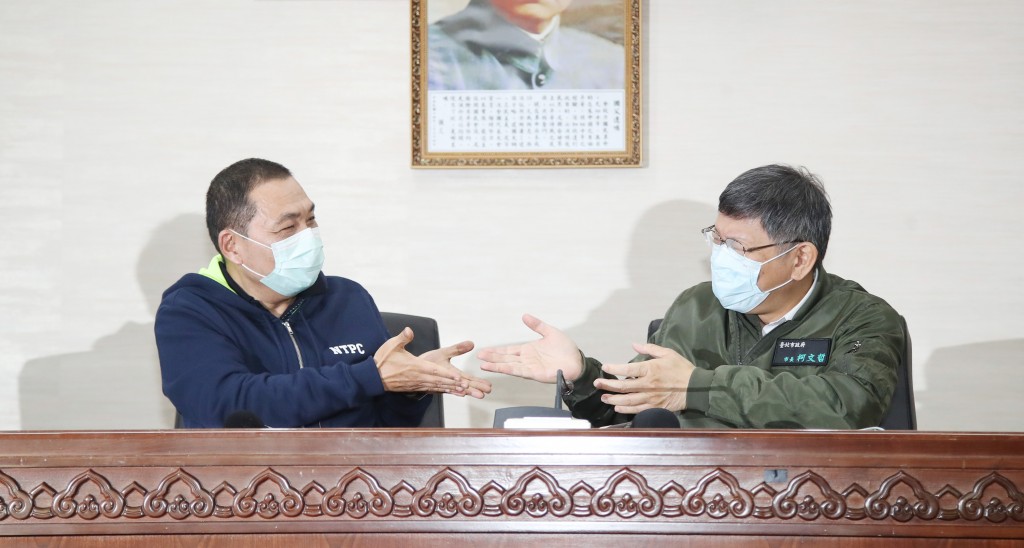 Under the program, citizens will use their IDs to receive masks from a machine at their local borough office or at schools, the Liberty Times reported. The two cities reached 10 agreements during Thursday’s meeting, most of them related to the virus epidemic.

Joint quarantine centers, similar measures to deal with Mass Rapid Transit (MRT) passengers with fevers, and hotel checks were issues the two mayors agreed on, according to the report. The cities would also share hotel rooms to isolate potential virus cases or people required to stay in quarantine, the mayors said.

In addition to several MRT stations, three stations on the Tamsui Light Rail Transit line would also be fitted with infrared screening equipment. This would lead to passengers with a fever of 38 degrees or higher to be prevented from entering, according to officials.

Speaking to the media the previous day, Hou said that in the case of a virus emergency, the city authorities needed to gain control over the traffic flow within two hours. Until now, no citywide lockdowns were being considered, though the former national police chief warned local governments should be prepared.