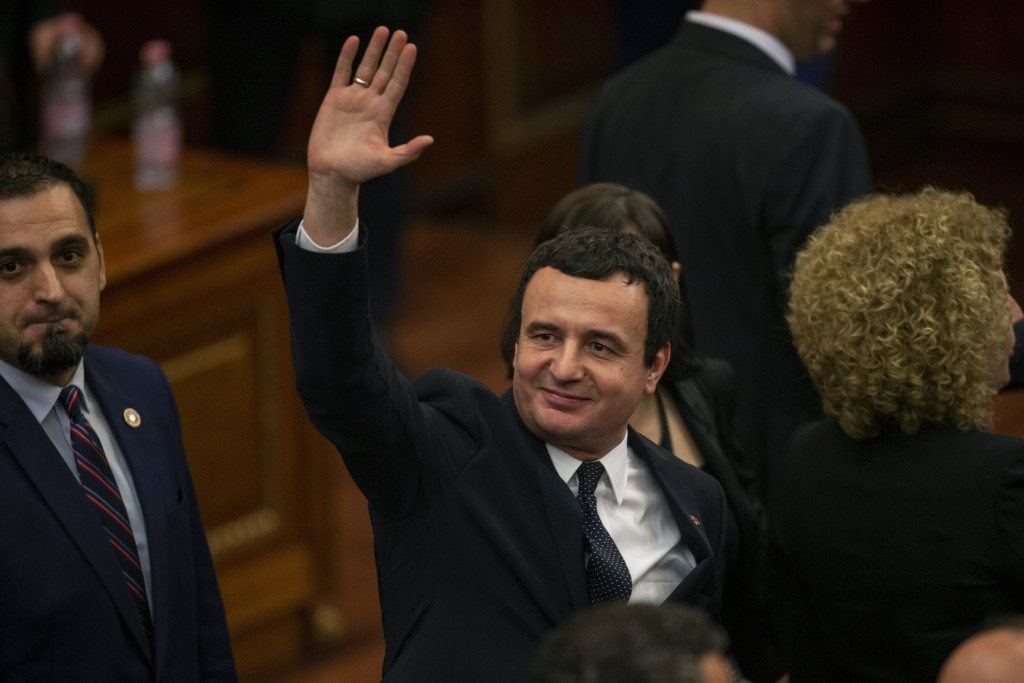 PRISTINA, Kosovo (AP) — Kosovo’s government fell Wednesday after only 50 days in power, losing a no-confidence vote initiated by the junior governing coalition partner following disagreements with the prime minister, a move that could take the country to early elections.

A 12-hour long debate on the no-confidence vote culminated in a vote of 82 in favor, 32 against and one abstention. The government will continue in a caretaker role.

Prime Minister Albin Kurti of the left-wing Self-Determination Movement may take two weeks to try to form a new government or an early parliamentary election will be called.

Due to the coronavirus threat, parliament held a session closed to the public and media, but was broadcast live by public television. Lawmakers sat a seat apart, wearing masks and gloves, and the chamber was disinfected at least two times during the session.

Last week, Kurti fired then-Interior Minister Agim Veliu of the center-right Democratic League of Kosovo, or LDK, for not being in line with the government policy on containing the virus.

“The prime minister decided to give an end to the deal with the LDK when he discharged a minister without first consulting with the partner,” said Arben Gashi, head of LDK's parliamentary group.

Kurti accused his coalition partner of joining forces with President Hashim Thaci, who he considers the “engine behind the scene” for a purported secret effort to arrange a territorial trade with Serbia. Prominent politicians in the two countries have said Thaci and his Serbian counterpart, Aleksandar Vucic, have been discussing a land swap.

Kosovo was part of Serbia until an 1998-1999 armed uprising by the ethnic Albanian majority triggered a bloody Serb crackdown. That prompted a NATO bombing campaign against Serbia to force its troops out of Kosovo in 1999.