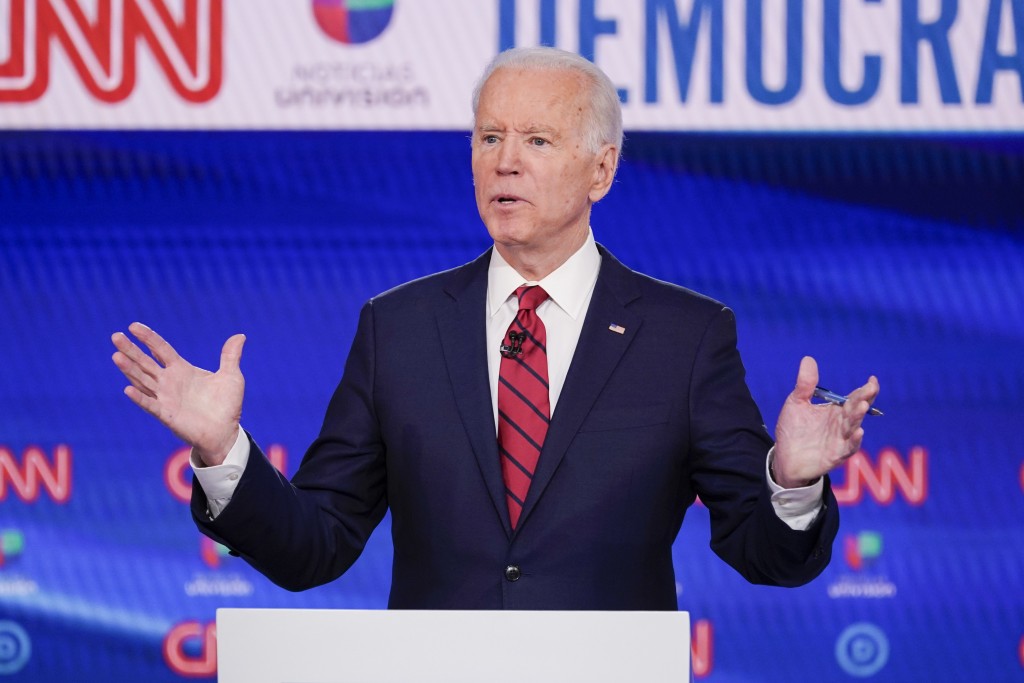 “We’re going to need to make sure the money gets out quickly into peoples' pockets and to keep a close watch on how corporations are using the taxpayers funds that they receive, to make sure it goes to help workers, not rich CEOs or shareholders,” the former vice president said during a video news briefing from his Delaware home. “And we have to figure out what to do to help the folks that this bill leaves out, including young people”

He said the agreement has omissions, such as addressing student loan debt. Biden proposed “forgiving at least $10,000 of student loan debt now," and he took issue with the deal for not making coronavirus testing free.

He also criticized President Donald Trump, who he said has “downplayed the seriousness of this crisis for weeks" and delayed mobilizing U.S. industry to help provide overstretched medical workers with needed supply.

“And as a result, this virus will hit all of us harder than it otherwise might have hit us, and it's going to take us longer to recover,” he said.

Reacting to Trump's call to lift stay-at-home orders by Easter, Biden said that would end endanger lives and do economic damage over the long term.

“I’d like to say, ‘Let’s get back to work next Friday.' That’d be wonderful. But it can’t be arbitrary," he said, repeating his call for the president to heed medical expertise. "If we don’t do that, we’re going to find ourselves … worse off economically.”

His remarks came during his first ever videoconference news briefing as Biden has moved his campaign largely online in response to the national move toward social distancing to slow the pandemic’s spread. Last week, Biden held a teleconference with the media. Since then, he has set up a home studio with a high-speed internet line and been more aggressive in getting out on-camera.

On Tuesday, he appeared on ABC’s “The View,” CNN and MSNBC to speak on Trump’s coronavirus response. The day before, Biden delivered a live address online outlining his own proposals to deal with the pandemic.